The overall exercise includes more than 9,000 members of the Army, Air Force, Navy, Marine Corps, and Coast Guard working together to simulate fighting a war in the Pacific region.

“The instructors from the NWTC showed us some excellent techniques that our guys will use in the future,” a senior SEAL member said. “We’re happy to have a new asset in our skill set.”

The NWTC instructors from Fort Wainwright, Alaska, provided demonstrations and hands-on training on how to cross using only a rope in a variety of conditions, including when the river is high-flowing, low-flowing, narrow, wide or cold. The west-coast based Navy SEAL unit practiced the techniques in Phelan Creek, which is in the Black Rapids training area about 30 miles south of Delta Junction.

The SEALs were transported to the training area in CH-47D Chinook helicopters, flown by Fort Wainwright’s Task Force 49, 1-52 Aviation Battalion, B Company.

NWTC staff estimated that Phelan Creek, which is fed by Gulkana Glacier, has June water temperatures between 40-50 degrees Fahrenheit.

“The water was pretty cold and the current was fast,” said a SEAL, “but our guys weren’t afraid to get in there and go to work.”

For the nearly 40 members of the NWTC, this type of training is nothing new.

The NWTC is responsible for teaching cold-weather and mountaineering skills not only to elite groups like the Navy SEALs, but also to every Soldier in the U.S. Army Alaska command, according to Maj. David Bragg, NWTC commander. They accomplish this lofty goal by training platoon and squad-level leaders, who in turn train the USARAK Soldiers in Arctic Light Individual Training.

“It is essential that USARAK Soldiers learn how to fight, sustain and win in a cold-weather environment,” said Bragg.

In addition to rope skills like those taught to the SEAL unit, the typical NWTC course also teaches altimeter use, basic knots, land navigation in mountainous terrain, movement on glaciers and snowshoe and ski skills, according to Stacy Griffith, the NWTC executive officer.

Although the SEALs didn’t do the entire mountaineering course, the NWTC instructors strived to make sure their mountain-warfare training was the same as that found in other services and geographic areas, according to Pete Smith, NWTC training and standards officer.

“The training that we are learning here is invaluable,” said the SEAL. “We are always looking ways to improve skills; Northern Edge 09 gives us an opportunity to do that.”

Interoperability, or the different branches of the U.S. military working together, is one goal of Exercise Northern Edge 2009. 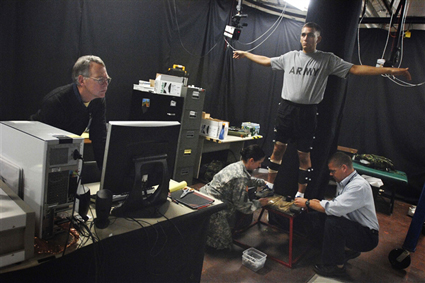