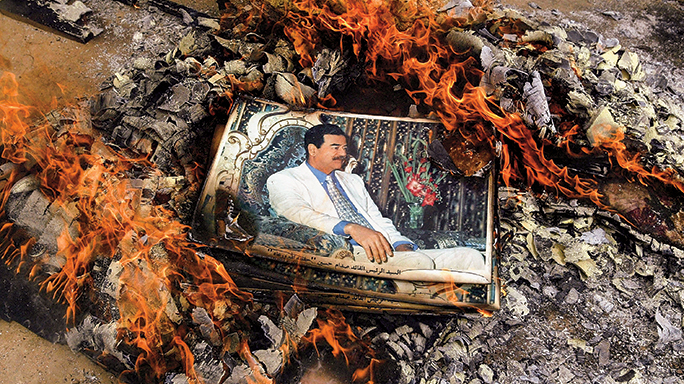 As coalition forces moved deeper into Iraq, the symbols of Hussein’s reign began to come down all across the land.
Comment(s) 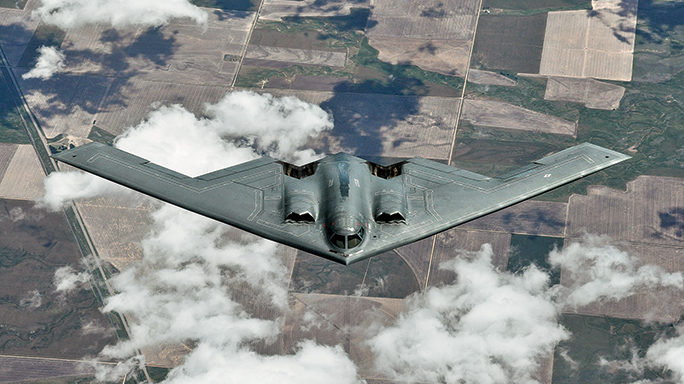 1 of 4
The Attempted Assassination of Saddam Hussein
A B-2 stealth bomber like the one above delivered the powerful bomb intended to kill Saddam Hussein, but he was no longer in the location where the Delta Force team, using laser technology, directed the strike. 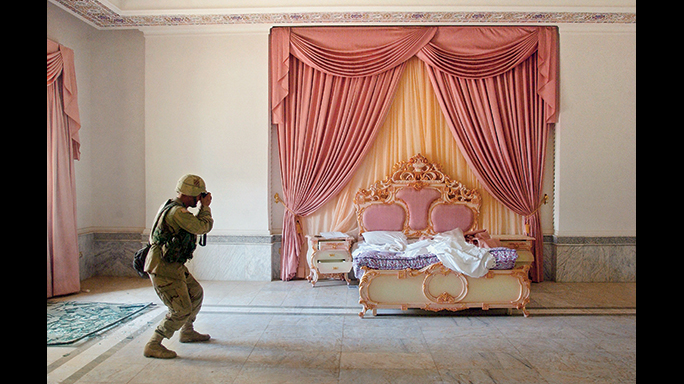 2 of 4
The Attempted Assassination of Saddam Hussein
The attempt to assassinate Hussein failed in March, but within a month U.S. soldiers were taking pictures inside Hussein’s presidential palace.

3 of 4
The Attempted Assassination of Saddam Hussein
As coalition forces moved deeper into Iraq, the symbols of Hussein’s reign began to come down all across the land. 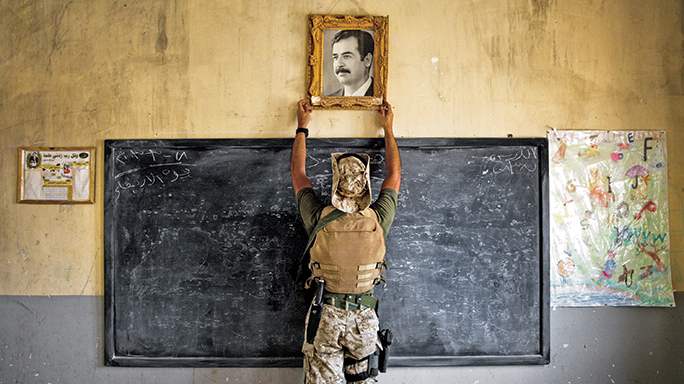 4 of 4
The Attempted Assassination of Saddam Hussein
U.S. Forces removed his portrait from a classroom in Al-Kut. 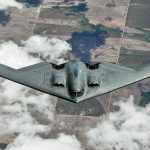 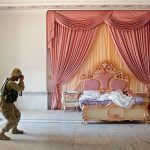 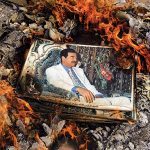 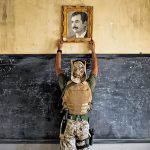 On March 17, 2003, President George W. Bush issued this ultimatum: “All the decades of deceit and cruelty have now reached an end. Saddam Hussein and his sons must leave Iraq within 48 hours. Their refusal to do so will result in military conflict.”

It is unlikely that any of Bush’s advisers truly believed Hussein would respond to this warning, particularly given the fact that the option of exile for Hussein had been on the table for months to no avail.

As an unnamed Pentagon official told a reporter on the eve of the invasion of Iraq by the U.S.-led coalition forces, “The expectation is to kill him within days. It’s what Delta has been training 24/7 to do.”

Two days later, just before launching a massive air attack against key targets, a six-man Delta Force team, using the latest laser technology, guided a so-called “bunker-buster bomb” from a B-2 stealth bomber to a site where intelligence suggested Hussein was located.

In the event, the location was destroyed and all within were killed, but Hussein was not among them. Either the intelligence was wrong—Hussein made things difficult for his pursuers by reportedly employing three body doubles who had been surgically enhanced to resemble him—or he had been at the location and left. In any case, he survived, though his forces rapidly folded under the massive onslaught from the air, and later on the ground, by coalition forces. 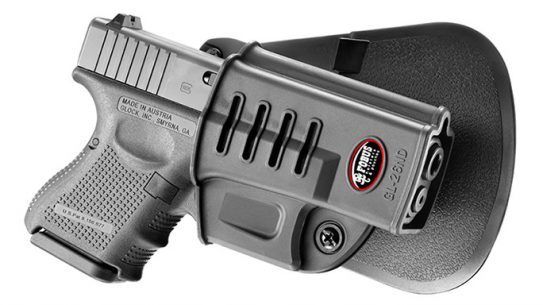 The GL-26 holster from Fobus features passive retention with an adjustment screw for customized...