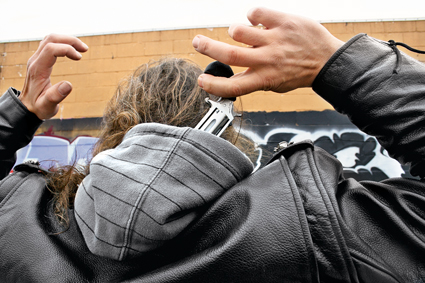 Even with his hands clearly in the air, this suspect is obviously (as is shown from this perspective) quite dangerous. Remember that when approaching a potential threat, never take anything for granted.

We all have our own perceptions of dealing with dangers and threats on the street that are built upon our individual experience levels, the quality of our training, and the level of our willingness to train on our own. Obviously, the more we interact with criminals, the more we learn about their thinking, their behaviors, and common trends among them. This is truly a profession in which the learning never stops.

The FBI recently released their findings from a five-year study of how offenders attack officers, and the weapons and training they employ. This study drew from a collection of over 800 incidents, primarily focusing upon 40 that involved 43 offenders and 50 officers. These 40 cases were scrutinized exhaustively and included interviews of surviving officers and their assailants. Some of the lessons learned were what many of us would have expected — others were surprising, while others sadly echoed the training most of us had but that many failed to follow.

Firearms Skills
In the area of firearms “training,” I was surprised by what was learned. The new study pointed out that many offenders began carrying weapons as young as 9 years of age, and most began at age 17, at which point they did so the majority of the time. Not surprisingly, many of the younger ones were gang members.

Upwards of 40% of these criminals polled had some type of formal training, chiefly from military service. The current wars in the Middle East are producing more of these “trained” criminals with combat experience as of late, which is a sobering fact that we must be highly aware of in our encounters. Meanwhile the study reported that over 80% practiced with handguns “regularly,” with an average of 23 sessions annually, predominantly conducted in informal venues, such as rural woods, trash dumps, backyards, and even “street corners in known drug-trafficking areas.”

There also seems to be a misperception among offenders that officers are firearms experts, and “go to the range two, three times a week [and] practice arms so they can hit anything,” quipped one assailant. He was motivated to take his practice very seriously so that he could remain viable in a confrontation with law enforcement. In his particular case, he fired 12 rounds, striking the officer 3 times. The officer
missed with all 7 rounds.

This brings us to the next finding, which doesn’t particularly surprise me: Officers aren’t taking their firearms training seriously, and aren’t training on their own. What does surprise me is this trend of criminals training more often, and faring better in gun battles.

In fact, the study found that the officers they interviewed averaged just 14 hours of sidearm training and 2.5 qualifications annually. Of the 50 officers, only six reported practicing regularly with handguns on their own time. For the most part, the officers’ assailants practiced more often, suggesting that such practice may have worked to foster their superior hit ratios in gunfights. 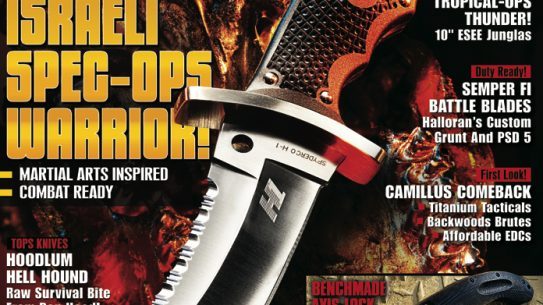 Even with his hands clearly in the air, this suspect is obviously (as is…