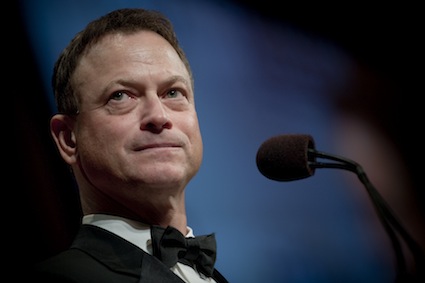 Golden Globe and Emmy Award-winning actor Gary Sinise, best known for his roles in Apollo 13, Truman, CSI: New York, and particularly for his role as Lt. Dan Taylor in Forrest Gump, served as the Executive Producer for Brothers at War. Additionally, Sinise has also toured Iraq four times and once to Afghanistan as part of the “Lt. Dan Band,” and received the Presidential Citizen Medal for his humanitarian contributions to Iraqi schoolchildren and his work with the USO. Tactical Weapons recently caught up with him to discuss his work with Brothers at War. 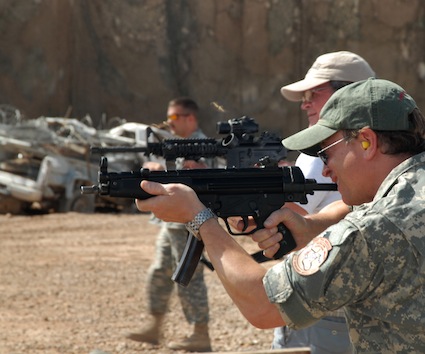 TW: How did you get involved with Brothers at War?

Sinise: I became involved with Brothers at War shortly before the final edits were made and was happy to help with the promotional and distribution aspects of the film. Over the past several years, I have been on a mission to help soldiers and bring awareness to the general public about what they [the soldiers] endure on our behalf. Brothers at War fit that mission.

TW: What sort of message to do you think Brothers at War communicates to its audience?

Sinise: Unlike many other films about the military and our operations in Afghanistan and Iraq, Brothers at War does not portray soldiers as victims or crazy people. It shows the soldiers in their element as who they truly are: intelligent, knowledgeable, and compassionate people dedicated to service, their mission, and the people within their unit. Most people who do not have a context for knowing service people rarely get this perspective and I think Brothers at War does a beautiful job of portraying that.

TW: I recently watched an interview where Matt Damon characterized many military service people as having joined as a last resort for employment and that we have a warrior class developing in this country that the elites were not a part of. Has that been your observation?

Sinise: To say that service people join the military as a last resort is simply not an intelligent statement. Again, those that have no context for understanding military personnel, such as a friend or relative in the service, could be lead to believe that. Having spent time with soldiers, I can tell you the vast majority joined out of a sense of duty and to be part of something larger than themselves. The fact is we have had an all-volunteer force for over 35 years and the average education level in the military is actually much higher than the general public.

TW: Jake Rademacher’s work with this film took him across most of Iraq and was six years in the making. What are your thoughts on his work?

Sinise: Jake started out with the simple question of “Why did my brothers go to war?” and in the process of answering that question, portrays the lives of not just his brothers, but his family, their fellow soldiers and members of other units in the Army Reserves and in the Marine Corps. Jake takes his camera into firefights and on missions with Iraqi troops and their American mentors. He goes places other filmmakers have not gone and answers questions they were likely afraid to ask.

TW: Thanks, Gary. We appreciate your time and service to our troops.

More information on Gary Sinise’s foundation Operation International Children, an organization dedicated to bringing school supplies to children in areas all over the world served by American troops, can be found at operationinternationalchildren.org. See also garysinisefoundation.org and brothersatwarmovie.com.

Actor Gary Sinise addresses the audience after receiving the Spirit of the USO Award.…