Today’s Kevlar vests and plate carriers are quite effective at stopping bullets, but they’re also heavy, weighing upwards of 40 pounds, and limit an operator’s mobility.

The Hoplites, who formed the main Athenian army, wore helmets and body armor made of steel. They also fought with pikes and swords. Spartan soldiers wore body armor consisting of breast and back plates fastened by thongs or straps and buckles. From these Greek legions to modern-day warriors, body armor has been an integral part of every soldier’s kit on the battlefield.

As armor advances moved from animal skins and leathers to silks, wood and steel, the weapons also got better. With the arrival of firearms, most classic armors just couldn’t hold up.

When Kevlar hit the scene, it revolutionized the protection industry, transforming armor into something relatively lightweight and wearable. Now frontline warriors could know some level of safety when confronting armed threats. But a problem arose: The weapons kept getting better and more powerful, making armor, and soft armor in particular, less capable. Thus, armor would have to catch up again, and as soon as it did, the weapons would improve again.

The path to creating body armor starts at the National Institute of Justice (NIJ). All armor marked in the United States needs to be certified by the NIJ. NIJ sets up testing criteria and the foundation for how armor must perform. “The NIJ is the first test armor must overcome along the certification and performance path,” said Frank Smith, Safariland’s director of engineering. “For us, the NIJ test is the first step, but of course we want to maximize the performance of our armor against any threat law enforcement officers or others may face. 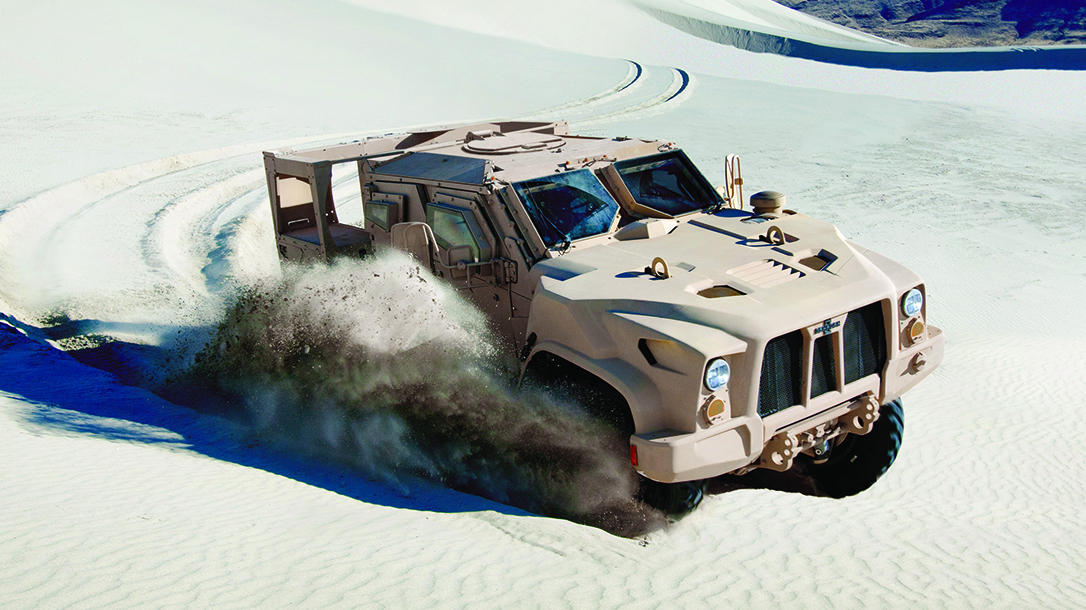 “These days, soft armor development is made up of essentially two types of fibers: para-aramid fibers like Kevlar and Twaron, which are a class of strong, heat-resistant synthetic fibers, and ultra-high-molecular-weight polyethylene (UHMWPE) fibers like Dyneema and Spectra,” said Smith. “These fibers have made great progress and are increasingly becoming stronger, but as the 21st century moves on, new armor materials are being experimented with and show some promise.”

Safariland is one of the largest companies in the world that develops and provides armor for America’s frontline warriors. Frank Smith runs Safariland’s armor research and development facilities in Ontario, California. The facilities have a state-of-the-art ballistics lab that can emulate all of the current testing standards of the NIJ.

“When we develop armor, we look to ensure that it not only passes all of the applicable ballistics tests, but also that it provides maximum protection to the warriors who wear it with comfort and durability. Our goal is to develop armor that you want to wear versus what you have to wear,” said Smith.

“During armor development, you are conspicuously aware that what you are creating could save a life. As a reminder, Safariland has a SAVES Club with over 1,972 law enforcement officers who have been saved by Safariland-developed armor. When we bring those officers and their families back for a visit, it’s humbling to realize that they lived because of something you did,” said Smith.

While Safariland and other companies are always researching the next great armor tech­­­­­­­nology, promising advances are already out there.

Engineers at the Massachusetts Institute of Technology (MIT) are working on flexible armor that hardens when an electric impulse passes through it. The inspiration comes from, of all places, the sea.

The highest-rated vests today tend to be heavy and not very flexible. This limits a warrior’s ability to move as well as what else they can carry. Furthermore, a standard Level IV heavy vest with plates can weigh close to 40 pounds, which can easily wear a soldier or law enforcement officer out if worn for extended periods of time.

This is why the MIT team is working on a capability to 3D print body armor that can move with the body where needed. According to a report, “Their inspiration was the scales that cover most fish, which range in size depending on what part of the fish they cover.”

They are working with a new breed of armor made from magnetorheological (MR) fluids. An MR fluid can consist of small iron particles suspended in silicon oil. The oil prevents the particles from rusting. When a magnetic field or electrical current is applied to the fluid, it transforms from liquid to solid in just milliseconds. The current causes the iron particles to lock into a uniform polarity and stack on top of each other, creating an impenetrable shield. How hard the substance becomes depends on the strength of the magnetic field or electrical current. The particles unlock once the charge or magnetic field is removed. The substance then goes back to a fluid state.

At the Aberdeen Proving Grounds, the U.S. Army Research Laboratory is working with shear-thickening fluids (STFs). The STFs are composed of hard nanoparticles suspended in a liquid. The liquid, polyethylene glycol is non-toxic and can withstand a wide range of temperatures. This combination of flowable and hard components results in a material with unusual properties.

“During normal handling, the STF is very deformable and flows like a liquid. However, once a bullet or frag hits the vest, it transitions to a rigid material, which prevents the projectile from penetrating the soldier’s body,” said Dr. Eric Wetzel, a mechanical engineer from the U.S. Army’s Weapons and Materials Research Directorate who heads the project team.

STF is soaked into every Kevlar vest layer to make liquid armor. The Kevlar fabric holds the STF in place and also helps to stop the bullet. Just like any other fabric, the saturated fabric can be soaked, draped and sewn. In addition to saving soldiers’ lives, Wetzel said liquid armor in Kevlar vests could help LEOs.

Nanofoam is similar to regular foam except if it receives energy from a bullet, it can absorb the impact energy over a wider area, making it resistant. Nanofoam also has a porous structure like a honeycomb, making the new material very light.

Part of their research involves working out the ideal pore size to absorb energy from impacts. Early testing suggests that the material performs best when the pores are tenths of nanometers in size. Two materials mix together at the molecular level to create Nanofoam. “Acid etching” or combustion is used to remove one material. The process creates channels at a microscopic level. The final step involves dry curing the material. This creates a foam that will solidify on impact and disperse a projectile’s energy around the foam versus the body of the individual.

When asked about armor advances, Safariland’s Frank Smith said, “Since some of the advance technologies are still in the research and development phase, we’ve decided to try to make what is currently available better. One of the companies we’ve partnered with is Hardwire, which has developed the lightest Level IIIA armor on the market. It takes shock dissipation physics to a new level.” 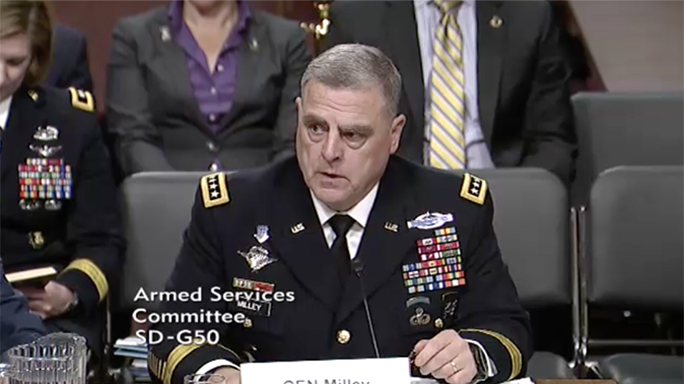 Army Chief of Staff: We’ve Developed a Round that Can Pierce 5.56 Body Armor

Safariland’s Hardwire soft armor ballistic panels are manufactured from perfectly interlaced Dyneema fibers pressed under 25 million pounds of force at precise temperatures. This turns multiple layers of fibers into a single system to act together as one. The energy is spread laterally as quickly as possible over a large area when a bullet impacts the armor. The faster the energy is spread, the faster the bullet can be flattened and stopped, leaving a dent instead of a hole. Since the ballistic panels dissipate the bullet’s energy more quickly and efficiently than other armor, less material is required, reducing overall panel weight.

Smith said, “In testing the new Hardwire armor, we’ve found three distinct advantages. The first is that the impact energy is immediately spread across the entire panel. This improves ballistic protection and reduces trauma. The second is that we’ve reduced the weight by 14 percent over any Level IIIA soft armor on the market with an areal density of only 0.68 pounds per square foot, meaning it’s thin and lightweight. Third, because its density is lower than water, the ballistic panel is buoyant enough to float. We think we’ve broken some new barriers with this new armor.”

While next-generation technology is on the horizon, it’s nice to know that current technologies can be improved and used in new and stronger ways.

On September 16, 2016, Sergeant Sylvia Young of the Philadelphia Police Department was working a patrol detail in the 18th District. An unknown suspect approached her car and began firing approximately 18 rounds at the driver’s side of her patrol vehicle.

Sgt. Young had been struck in the left shoulder, arm and torso area, and was transported to the hospital. She’d been shot in the chest five times. However, her ABA FX02 Level II body armor stopped all five rounds. The suspect, who died in a gunfight with police officers, left a note stating he wanted to kill cops. Sgt. Young, who has two daughters, survived. She is Safariland’s 1,968th save to date.