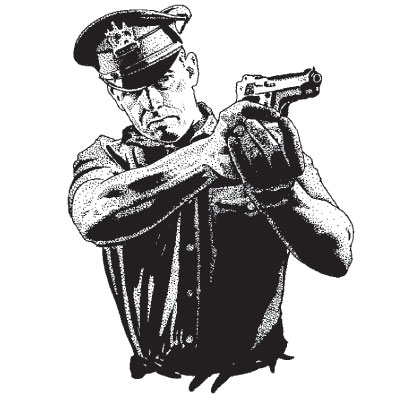 It was the early 80s and I was working the morning watch, 11 PM to 7 AM, on the south side of the city. My beat was in a rundown area with motels, strip clubs, and a bar or two.

The motels were a haven for prostitutes and drug dealers. Armed robberies and rapes were a common place. One of the motels was on a high hill with a long driveway. When you drove up, the headlights of your patrol car would alert whoever was outside to your vehicle’s approach.

We had several calls on a Peeping Tom who was watching the prostitutes and their johns. Every time we drove up the hill, the suspect would be gone.
One night I got the call around 3 in the morning, and I parked my vehicle at the bottom of the hill and I walked up the driveway in the dark. I could see a man at the last room crouching down and looking in the window of the motel. I pulled my .38 Special, 4-inch Smith & Wesson Model 10 from my duty belt, and I told the suspect to drop to the ground and put his hands behind his head. The suspect turned around very quickly, and went into the combat crouch position; he started to extend his arms and point at me, at the same time I was pointing my weapon at him. If you are familiar with Smith revolvers, they make a click when you begin to pull the trigger, which causes the cylinder to start turning.

I started to pull the trigger when I noticed that the suspect had a chicken bone, a drumstick to be exact, in his hand. When he saw me pointing a weapon at him, he dropped the drumstick and hit the ground with his hands behind his back, as he had been instructed.

When backup arrived, we moved in to cuff the suspect, and in his belt I found a large bowie knife. At the same time, several prostitutes came out of the room, and one walked up to me and told me that the man we had in cuffs had raped her about a week ago, and that she had reported the crime and gone to the hospital.

She gave me the detective’s card and I called him to the location. The suspect was charged with rape, and several other rapes were cleared up with his arrest.

In moments of high stress things seem to go into slow motion, but I am glad that I was able to see the chicken bone in his hands. Because his actions led me to believe that he had a weapon. As the years have gone by, nearly 26 years by now, I have had to use my weapon several times in the line of duty.

But, I have always waited to the very last second to do so.
— SRT, GA 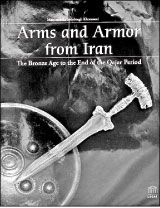 It was the early 80s and I was working the morning watch, 11 PM…