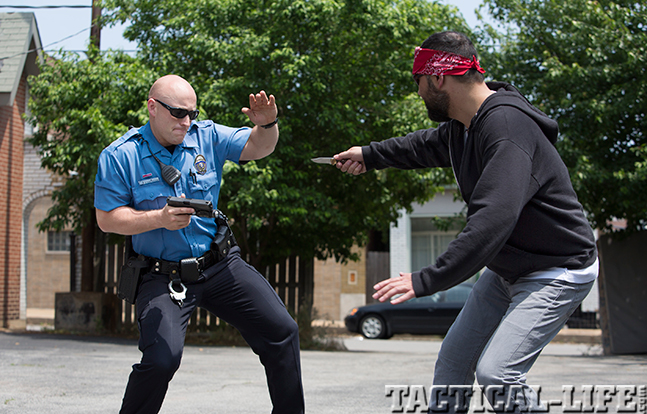 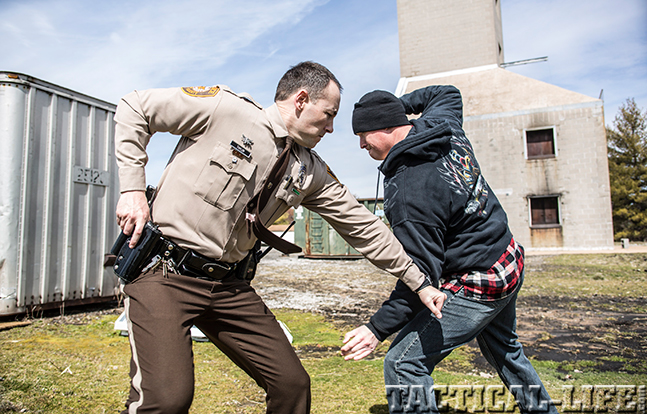 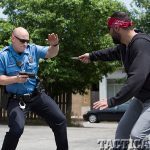 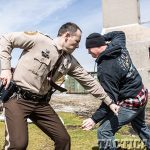 Ayoob writes, “An ambush, by definition, is a surprise attack. The opponent is trying to catch you off guard. And, with the deck stacked in his favor, even your superior skills and weaponry may not save you. By the same definition, constantly being on guard is the most logical defense.

“For Case One, we turn to Arkansas in 2011. A police officer ordered a man out of a car during a traffic stop and reportedly had his flashlight in his gun hand when the suspect shoved a small-caliber pistol toward the officer and shot him in the face. The officer fell back. The suspect screamed at him mockingly as the officer begged for his life, and shot him again and again and again, killing him. The cop-killer has been tried, convicted and sentenced to die.

“There are a few lessons to learn from Case One. Never drop your guard, even if other officers are present, as occurred in this case. Do not have your hands encumbered when the situation is not yet secured. Dash-cam video in this shooting shows that the subject drew his gun rather slowly and hesitated before aiming for the lawman’s face and taking the first, decisive shot.

“Now let’s contrast this tragic outcome with what happened in Case Two, which occurred in late 2013 in Florida. A highway patrolman was in a foot pursuit when, without warning, the suspect whipped out a .25-caliber semi-auto and shot the trooper in the face. The trooper’s response was swift and decisive: Before the perp could shoot him again, the trooper’s sidearm was up and blazing.” 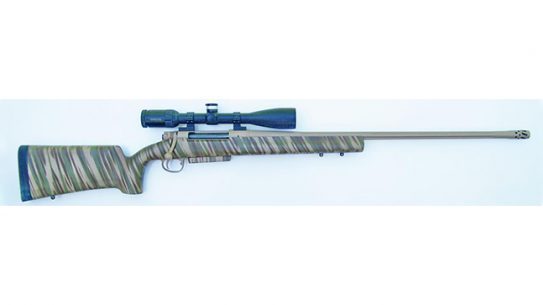