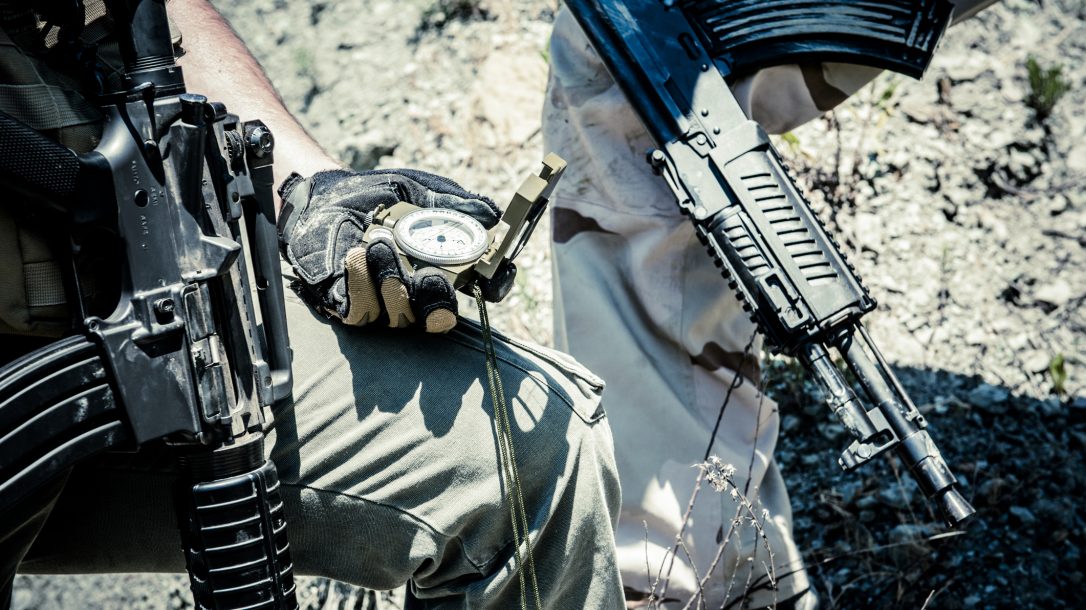 Thankfully, this was only a training exercise. But I can’t tell you how many otherwise skilled people I’ve seen over the years make desperately stupid navigational mistakes, which in the real world could get them lost, or killed, or both. In essence, they either fail to use the compass, fail to set declination, or don’t trust the compass once appropriately set up; that’s a triumvirate of unprofessionalism. In this instance, the leader attempted to use what’s known as “dead reckoning” to complete the mission.

We were at a demolitions facility, and we were tasked with giving some specialized explosives training to members of an elite military organization, whom I will not embarrass here by naming. We did that training at length, and then came the FTX (Final Training Exercise). Their leader was an aggressive, commanding, supremely fit man, who was, in fairness, an excellent leader. He cared about his people and saw to their well-being. Also, he kicked their asses in PT, and he unhesitatingly made command decisions. But there is absolutely a line that can be drawn between “confident” and “cocky.” Confident wins engagements while cocky gets people killed.

This base is on a peninsula jutting out into a certain body of water. The goal here was to simulate a submarine delivery. They started offshore in Zodiac boats. Once on the beach, they had to traverse a big section of heavy trees/undergrowth/vegetation to reach the demo range itself. Once near the clearing, they were to conduct a leader’s recon, put out security, and then have an assault element move in to place live explosive charges on the targets, which were a bunch of obsolete surface to air missile systems, and blow them RTF up.

Our mission as instructors was no longer to coach or instruct. This was an FTX, like a final exam. We were along to monitor and take notes, but give zero advice. The leader did what leaders do: he led it.

Here is where the problem came in: He had, as they all had, studied the overhead imagery before going in. And he had a sense of where they had landed on the beach. For sake of this article, we’ll say he landed east of where the demo site was. So as he moved, again say hypothetically north, he would have to adjust to the west to hit the clearing. So far, so good.

But he didn’t use the compass.

He did what we refer to as “dead reckoning.” Some animals prove naturally good at dead reckoning. Most humans are not. He was not.

We instructors tracked, compasses in hand, as he led. Because he was afraid of missing the clearing to the east, he corrected just a little west with every step or two, maybe short of a degree. Think about THAT for a minute. If you take 180 steps (or, let’s go wild, 220), where you are the better part of a degree off azimuth—you have turned completely around.

You might ask, how the f*ck can THAT happen? Well, he was the only one of the trainees with NVGS (Night Vision Goggles, now more broadly referred to as “NODS,” meaning “Night Observation Devices.”). He was the only one who could see. Everybody behind him followed the slightly-luminous tabs on the back of the hat of the man before him, and none apparently tried to validate the course. There was no navigational overwatch. No quality control. Just him and his judgment, which had crossed the line into “cocky.”

In attempting to traverse those few hundred yards from beach to target site, Leader had everybody literally and completely turned around. They punched out of the tree line onto the beach they originally set in on. His immediate reaction was that he had missed the site by being too far east and had completely traversed the peninsula, such that they were now on the north side.

Us instructors told him to stand fast, and we stepped away and called it in. We got the greenlight from higher to un-foxtrot him. We escorted him east down the beach to where the Zodiacs tucked into the treeline. “Know where you are now?”

He couldn’t believe it. Not at first.

We re-ran the exercise, this time with him holding a compass in his hand. Happy ending to follow. Bottom line: Learn, calibrate, use and trust your compass. That simple little piece of equipment is oh-so-often the difference between disaster and victory.

Scott Longman started his career in the Directorate of Operations of the Central Intelligence Agency. There he gained experience in both foreign intelligence and counter-insurgency matters. He later joined a federal contractor and spent more than 20 years taking part in hundreds of mock terrorist attacks, at nuclear power plants, Navy bases and other secured facilities. In addition to counter-active shooter instruction, he currently does Critical Infrastructure Protection on behalf of utility clients. 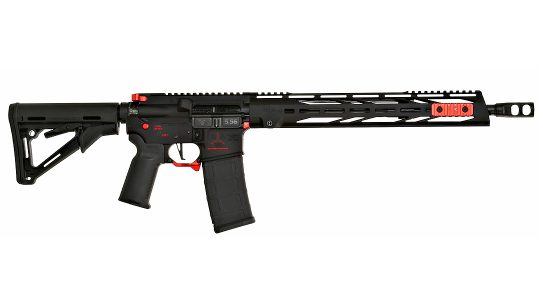 Designed with components and features meant to tackle a wide range of pursuits, the...