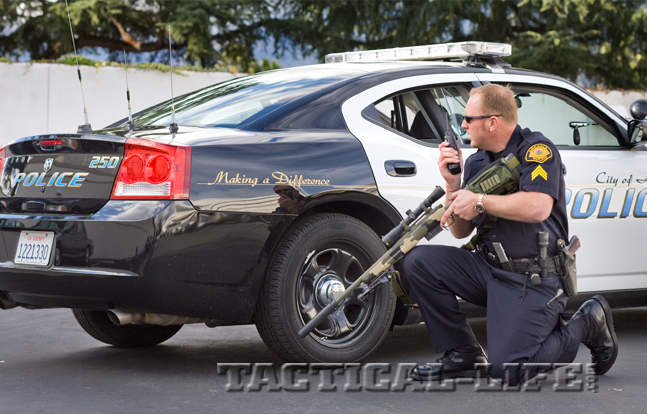 Hesitating in a deadly force encounter can cost a law enforcement officer his or her life. It’s important to visualize possible options, know your use-of-force laws and train extensively.
Comment(s)

You’ve put thousands of rounds on target, for practice and fun, and qualify regularly with your duty, off-duty and backup weapons. Your gun-handling skills are finely honed, malfunction drills managed with barely a break in rhythm, and you’ve devoted hours to perfecting your threat assessment and engagement skills. Off the range, you stay current on the latest theories, training trends and case law related to use of force and surviving deadly force encounters.

“If even a routine need of force can freeze an officer, how much more risk of either over- or under-reaction is there in a Deadly Force Encounter?”

If you are fortunate, your agency is equally committed to ensuring you and your colleagues are getting the best, most current training opportunities beyond merely “punching holes in paper targets” with dynamic, live-action combat scenarios that mimic the experience—and hopefully, to some level, the stress—of real deadly-force encounters (DFEs). Being able to recognize threats, shoot safely and accurately, and adapt to and overcome life-threatening danger under maximum stress is critical. Unfortunately, even impeccable skills and the highest-quality training may not be enough to keep you alive should you find yourself suddenly involved in a DFE where theory meets reality in the blink of an eye.

What many police officers never consider, and few instructors teach, is the existence of a wide psychological gap between the theory and practice of training and the jarring reality of actually engaging in a violent, life-and-death encounter. Quite simply, what I am referring to are the obstacles—some easily articulated and others subconscious—your brain sets up to prevent you from pulling the trigger on a fellow human being, even when deadly force is justified and necessary. Awareness of this gap, and possessing the skills to overcome it, may be the difference between life and death.

REWIRE YOUR BRAIN:
For most of us, violence is neither natural nor easy. Obviously, there are many violent individuals in our world, and law enforcement spends a lot of time cleaning up after them. If you’re a cop, as I am, you have seen firsthand the effects of what happens when people who lack the intellectual or emotional barriers to violence most of us have, or who have learned to override them, lash out. Most “regular” people are not a bit like those who so easily use violence to achieve their objectives and, while this is mostly a good thing, there are times violent force is a righteous and required response to another’s unrighteous act. Failing to overcome the barriers to using physical force puts you, your fellow officers and the citizens you are charged with protecting at great risk.

I became aware of the difficulty even some cops have engaging physically with a threatening or violently acting out person shortly after joining the police department. No matter how much self-defense training they’d received along the entire use of force continuum, in the academy and beyond, a lot of young cops balk when force is required to subdue a resisting subject. For that matter, even experienced officers may freeze or hesitate when something about the situation overwhelms their ability to react appropriately. In a 2004 article titled “Why Things Go Wrong in Police Work,” police psychologist Lawrence N. Blum, coauthored with then-IACP president Joseph Polisar, discusses why officers might react maladaptively to crisis: “Unanticipated encounters, by definition, place the officer in a momentary position of disadvantage and can result in a momentary mental shock reaction in the police officer called perceptual lag. Under conditions of an imminent, unanticipated or rapidly changing threat, the spark and fuel for brain activity in the thinking brain is shifted to the reactive brain to generate the individual’s emergency response (fight, flight, or immobility).

“In the moment it takes for police officers to reorient themselves, they are most vulnerable to error or some degradation in their performance. During the unexpected moments of police work, many officers experience a sense of urgency to catch up in order to take control, and may use degrees of force, for example, that are found to be improper or excessive. Still other officers may, in response to the same problematic conditions—for a split-second in time—remain immobile in the face of an imminent threat.”

Whether stemming from fear, uncertainty, a failure to accurately read what is happening before them or some other roadblock, hesitation can kill. Not all officers are susceptible, and of those who are, with time the experience and confidence to act decisively can develop. But some cops will wash out; they’ll simply never be able to do the job or earn the trust of their peers and supervisors. If even a routine need of force can freeze an officer, how much more risk of either over- or under-reaction is there in a DFE? Almost all cops use varying degrees of non-lethal and less-lethal force many times throughout their careers. But over a career spanning some 20 to 30 years, only a tiny percentage will ever fire their weapon at another person; DFEs are extremely rare, so, when they happen, an officer can be trapped into inaction bred of complacency. Most officers are driven by altruistic motivations. They value and take seriously their oath to protect all life and, if at all possible, will go out of their way to avoid using deadly force. They also know shooting a person can be a deeply traumatic event—emotionally, personally and professionally—regardless of justification and the act will bring intense scrutiny and questioning from their department, the legal system, the media and public, and even from their own inner voice. All of these may further promote immobility.

MINDING THE GAP:
Being aware of the gap is the first step to overcoming it when the need arises (as well as minimizing the risk of overreaction).

With awareness, you can take these simple but effective steps to prepare for a DFE:
Visualization: Regularly asking yourself, “What will I do if…” and then imagining your response is an effective way to practice in the privacy of your own mind, but a discipline we often drop over time. Mentally preparing for DFEs combats deadly complacency and reduces the likelihood you’ll freeze or panic in the real moment. Seek realistic training: Firearms training should feel as close to reality as possible. Training based on operant conditioning, where officers fire at realistic, human-shaped targets (or perhaps live humans, using Simunitions) with immediate feedback (reward or correction depending on the outcome) conditions officers to engage assailants intelligently, but without overthinking and hesitation. Many police departments have moved to this kind of firearms training, but all should, with much more frequency.

Become a “use of force expert”: The fear of legal or departmental repercussions weighs heavily on most cops and can get in the way of acting. Become an expert in federal and state laws and case law (think Graham v. Connor and Tennessee v. Garner, in particular) governing use of force, and your department policy, and think of staying constantly up-to-date on legal updates an essential job function. Confidence in your understanding of the law removes a huge psychological hurdle. You may never need to use deadly force on another person, but if you must, knowing the existence of a psychological gap that can get in the way—and mitigating it in advance—may just save your life. 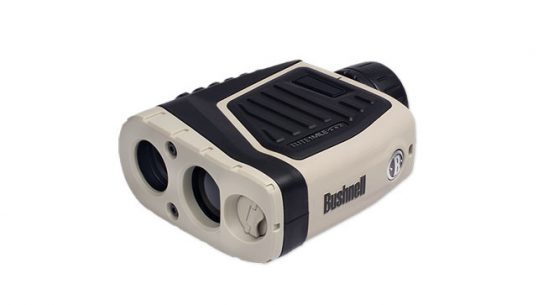