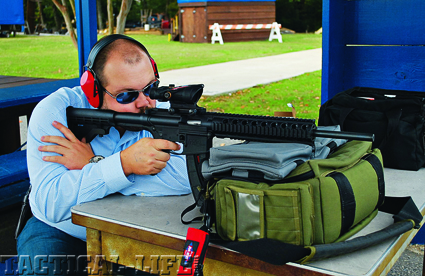 With the recent increases in ammunition prices and some calibers in very short supply, shooters have been rediscovering the lowly .22 LR cartridge. Even the “tacti-cool” guys are shooting more .22 LR than .223 through their black rifles. Conversion units are more popular and for serious shooters, showing that there is a clear interest within the shooting community for ways to train with more affordable ammunition in their rifles. Recently, I worked with a conversion upper and found it to be well-suited for law enforcement and military training.

At a 2008 gun show, Smith & Wesson teased those in attendance by displaying a prototype of what is now the M&P15-22. To make matters worse, it was locked in a glass display case and all we could do was look, not touch. The new rifle looked similar to a standard M4, but a close inspection found that the upper and lower receivers were made from polymer. While I was impressed with the concept, I had to admit I was skeptical of the implementation. Still, I asked to be put on the list for a sample, knowing I could send it back if I didn’t like it.

In August, I was invited to attend an event hosted by S&W at the U.S. Shooting Academy. There, a group of fellow gun scribes got a first look at the new 15-22. Smith provided four 15-22 rifles and several thousand rounds of ammunition for the event. During the two-day event, I estimated the four 15-22 rifles consumed more than eight thousand rounds of CCI Stinger and Federal bulk pack ammo. 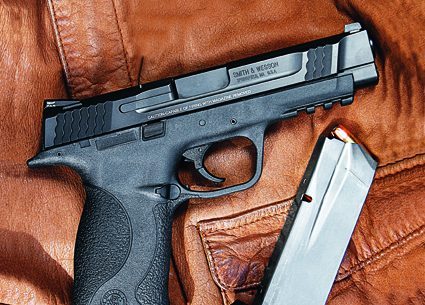