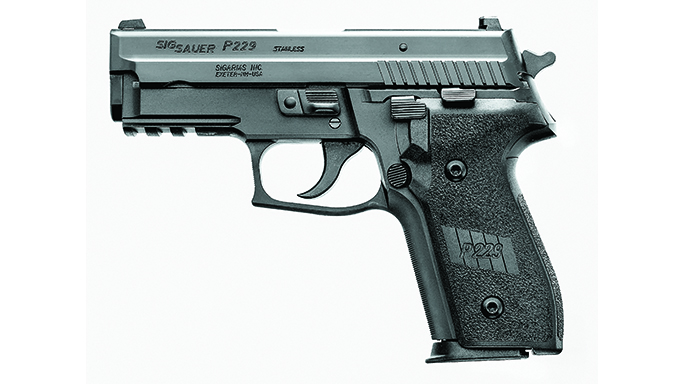 1 of 8
3 DHS Agencies That Rely on the Sig Sauer P229
The Sig P229 serves Department of Homeland Security agencies in varous chamberings with either DA/SA or DAK trigger systems. 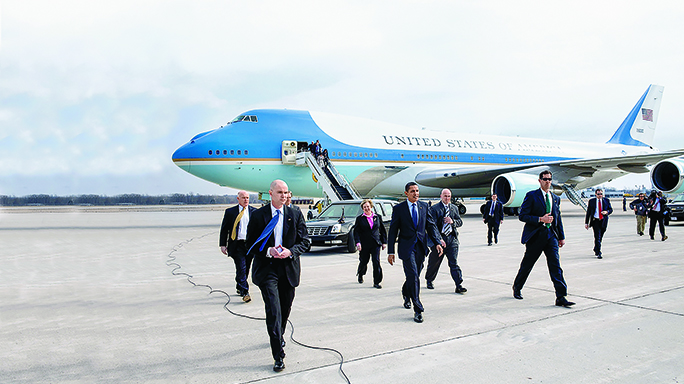 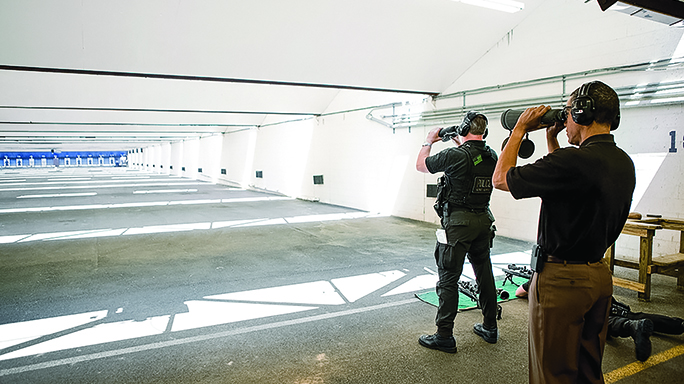 3 of 8
Photo by Department of Homeland Security
3 DHS Agencies That Rely on the Sig Sauer P229
President Obama watches as a U.S. Secret Service marksman hits a target at the agency’s elite training facility in Maryland, where every shot has to count. 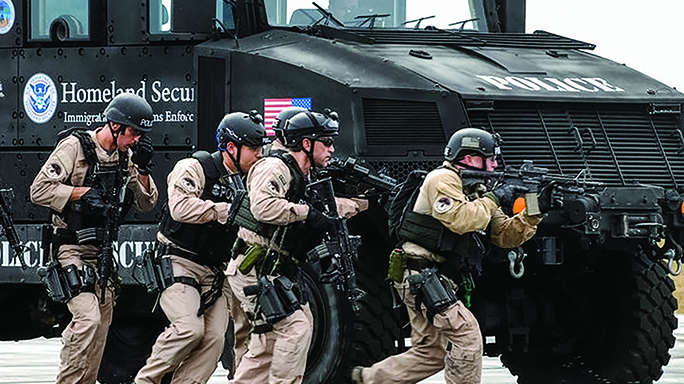 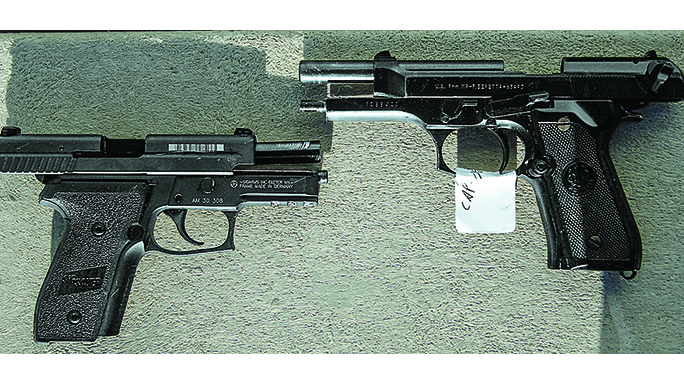 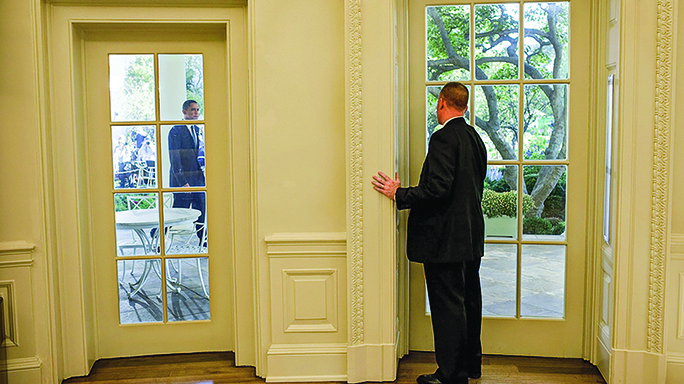 6 of 8
Photo by Department of Homeland Security
3 DHS Agencies That Rely on the Sig Sauer P229
Secret Service agents are responsible for protecting the serving president and their family as well as all former presidents. While you might see a few agents surrounding the president at a time, dozens more are working behind closed doors to ensure the safety of the Commander in Chief. 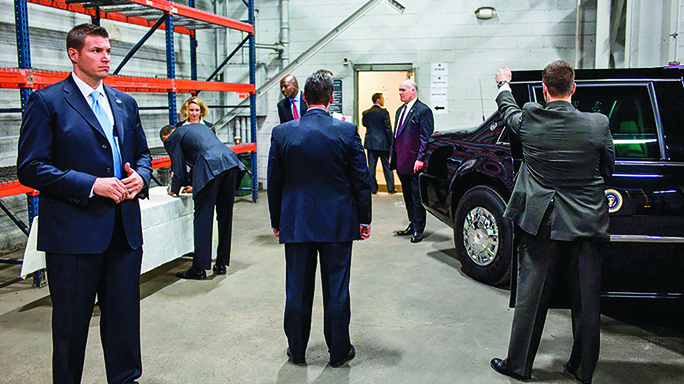 7 of 8
Photo by Department of Homeland Security
3 DHS Agencies That Rely on the Sig Sauer P229
Secret Service agents are responsible for protecting the serving president and their family as well as all former presidents. While you might see a few agents surrounding the president at a time, dozens more are working behind closed doors to ensure the safety of the Commander in Chief. 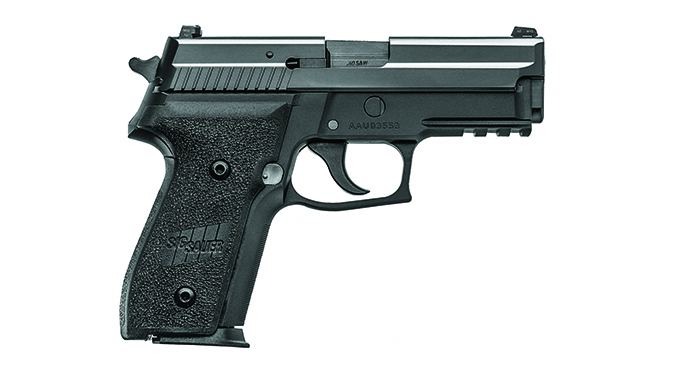 8 of 8
3 DHS Agencies That Rely on the Sig Sauer P229
Sig Sauer’s reliable weapons help make sure that DHS agents will always be ready to respond and defend to protect the American people and keep our homeland secure. 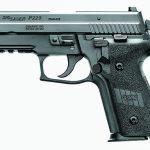 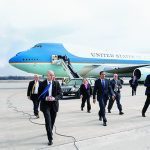 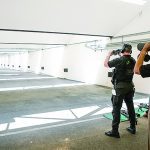 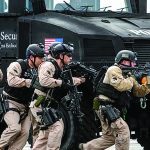 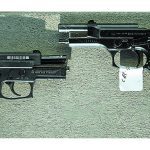 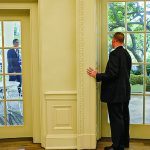 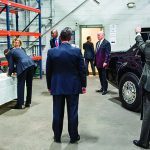 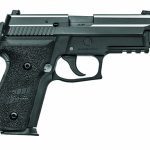 In the wake of the September 11, 2001, attacks, many in our nation felt that a porous patchwork of law enforcement and intelligence efforts left too many doors open for terrorists and criminals to exploit.

The marquee-named agencies of the Secret Service and Border Patrol were brought in. The Coast Guard was moved from the Department of Transportation to the DHS due to its maritime security missions. The legacy U.S. Customs and Immigration and Naturalizations Services were taken apart, and the investigative elements were molded together to create the new Immigration and Customs Enforcement (ICE) while the uniformed elements were formed into Customs and Border Protection (CBP). The DHS also received the later additions of the Federal Protection Service (FPS) and Federal Air Marshal Service (FAMS) under the TSA.

Despite their collective overarching mission, each agency brought with it legacy policies and procedures, including what firearms they used. In order for the DHS to get the components onto the same page, the amount of different firearms had to be limited, and to do that, many agencies had to abandon previously issued firearms and choose from a small list of new ones.

As the premier protective and financial investigative agency in the world, the U.S. Secret Service has a long track record of using some of the top-tier firearms in the world. With its merger into the DHS, the Service brought with it its standard-issue Sig Sauer P229 chambered in .357 SIG. Little known is that, when moving from the Sig P228 9mm, the Service researched many different firearms and calibers and finally settled on the new .357 SIG round because it had the best “all-around” performance.

The Sig P229 in .357 SIG was the first pistol to be manufactured in Exeter, New Hampshire, by Sig Sauer. It is available in 9mm, .40 S&W and .357 SIG, and is popular with thousands of law enforcement professionals throughout the country. The compact size of the P229 makes it ideal for concealed carry, which was part of the reason the Service chose this weapon.

Although a concealable size, it carries a powerful punch with its .357 SIG round leaving the barrel at 1,450 fps. The Service also requested that the pistol be engineered with a double-action/single-action (DA/SA) trigger, giving its agents and officers the benefit of being able to choose the type of shot they may need to make for the most accuracy in a given situation. It is rumored that prior to purchasing a weapon system, the Secret Service places the weapon through a series of “stress tests.” When the Sig 229 was procured, it reportedly outlasted six other similar weapons.

The Coast Guard’s multiple missions, including those dealing with maritime safety and security, made it a perfect fit in the DHS. As the only military branch outside of the Department of Defense, in compliance with NATO requirements, its members carried the Beretta 92F, as did all the other military branches. When it was moved from the Department of Transportation to the DHS, the opportunity to change sidearms presented itself.

Although this can’t be confirmed, it is rumored that federal air marshals are carrying the same weapons as the Secret Service. It would make sense that the FAMS would choose a versatile weapon to give its agents compact and concealable power.

Considering their CQB battle space aboard aircraft, the Sig P229 in .357 SIG gives them a very accurate and powerful weapon that could be the last line of defense between a cockpit and a highjacker. This weapon may be the last thing a would-be terrorist sees before they go to paradise.

A source has stated that at their training facility, FAMS agents undergo thousands of hours with their Sig Sauer P229s, shooting over 10,000 rounds through them, perfecting their shots on targets the size of a human head.

In 2005, a Secret Service special agent was off duty in a mall outside of Annapolis, Maryland, and intervened in a gang-related assault. After being shot, the agent withdrew his P229 in .357 SIG and took out the threat. The P229 answered the call, and the agent survived.

In 2009, a mentally unstable individual in Miami International Airport threatened to blow up the airport with a bomb he said was in the backpack he carried. The FAMS responded, and with pinpoint accuracy on an airport ramp, after the individual failed to follow lawful orders, the FAMS’ P229 stopped the threat. When challenged, the Sig Sauer pistols of the DHS have answered the call.

With the important mission of protecting our nation’s homeland, each weapon is put through a variety of stress and other tests to ensure that each department got what it needed. The agencies within the DHS needed to choose functional and reliable weapons to meet their demanding missions of keeping terrorists, drug smugglers and criminals at bay. Sig Sauer’s reliable weapons help make sure that DHS agents will always be ready to respond and defend to protect the American people and keep our homeland secure.

This article was originally published in ‘Guns & Weapons for Law Enforcement’ December/January 2017. For information on how to subscribe, visit outdoorgroupstore.com 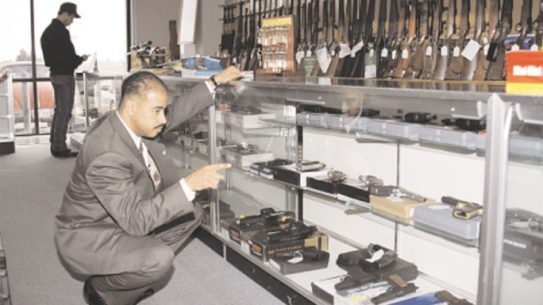 A leaked ATF white paper obtained by the Washington Post calls for ways to...