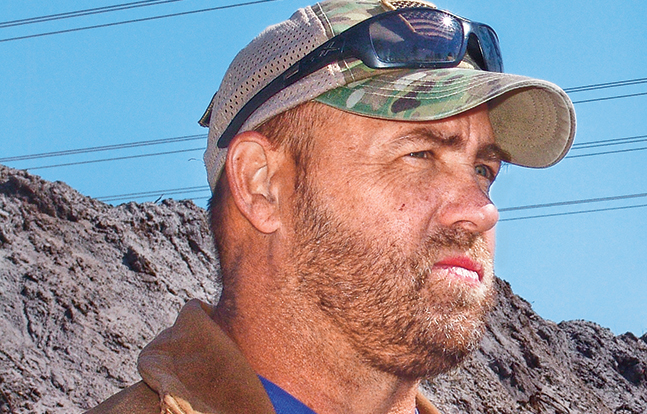 Soldiers, Marines, SEALs, Rangers and other uniformed combatants know that waging war is their business, and the specific destruction of the enemies of this country is their chosen profession. However, no matter the qualifications, rank or badges on their uniform, when challenged with pain and discomfort in life-threatening combat situations, not every warfighter is alike. Only a few can cope with the overload of emotions, sounds and terror consistent with combat to prevail in the “fog of war.”

A true American warrior is Dillard Johnson — “Crazy Jay” — who was the tip of the 3rd Infantry Division spear during Operation Iraqi Freedom. He spent two full tours in Iraq and was the recipient of a Silver Star, a Bronze Star and four Purple Hearts and then went back for half a decade as a civilian contractor.

He also has a new book out that includes most (but not all) of his combat escapades entitled Carnivore, with James Tarr.

One of those stories include when CJ, a 19D Scout for Troop C, 3rd Squadron, 7th Cavalry, and Staff Sergeant Kennedy took out a Serbian sniper across the Tigris River in Salman Pak. This well-trained shooter had already killed dozens of American and allied soldiers and had started the fight that day by shooting at friendly Public Order Battalion (POB) Iraqi soldiers. CJ and Kennedy responded by climbing to the roof of a 13-story building to get a good final firing position that unfortunately was spotted by the sniper. The Serbian marksman then targeted CJ and began placing shots closer and closer to CJ’s position while CJ scanned for the sniper through his Bushnell Elite 4200 telescopic sight that topped the M14 he was using. As plaster showered him from close-by hits of 7.62x54R ammo, CJ spotted the bad guy at 852 meters and with two shots was on target and ended the Serbian’s murderous career forever. Crazy Jay got an Army Commendation Medal for that action, but he knew that the payoff could just as easily have been a 151-grain bullet in the eye.

He also puts distance between lore and fact, between people with opinions and warriors who know. He has shot more 25mm, 7.62x51mm, 5.56mm and 9mm rounds in combat than other warfighters and shooters discharge in a peaceful lifetime. His opinion of the AR system is based on direct use against enemies near and far, so when he says it works and works well, you’d better believe him. He likes to use an AK, but only when little else is around and ammo is literally everywhere. He likes the guns that kept him alive while the ones he hates kept on trying to kill him by not performing as needed in battle. It is as simple as that—without marketing prejudice and based on recent combat experience.

Where is CJ now? As he says in his book, CJ knows that what does not kill you does not make you stronger. He knows firsthand that what does not kill you leaves you in pain for the rest of your life. He is battling a lifetime of combat- and service-related maladies, including shrapnel and bullet fragments peppered throughout his body, a bad back from being shot in a rear SAPI plate by an inept ally and cancer from the depleted uranium rounds that he used to win the campaign and probably the war in Iraq. He is running his “Big Three” events, as well as training civilians and operators at his facility near Daytona Beach while enjoying time with his wonderful wife Amy and kids.

The word “hero” is tremendously overused, but in Crazy Jay’s case, it’s very applicable, even if he will never use it to describe himself. 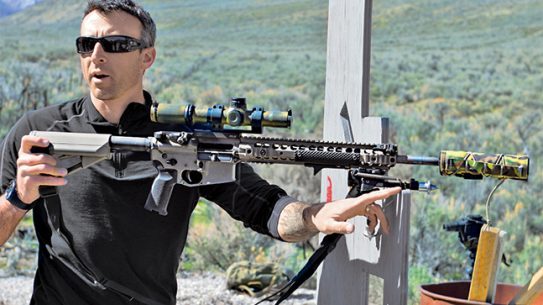