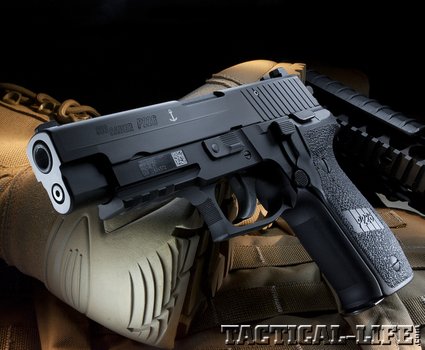 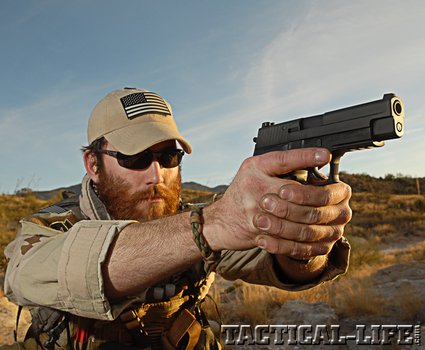 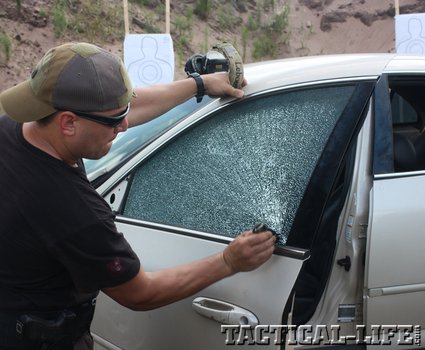 HSP Instructor Brannon LeBouef demonstrates the impact of a glass breaker on a car window. Whether for tactical or emergency situations, it is important understand how auto glass reacts under stress. 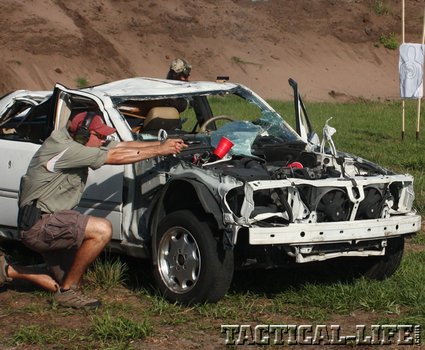 Confrontations involving vehicles constitute a high percentage of actual engagements. (Far left) A student utilizes the hardest section of the vehicle as cover. 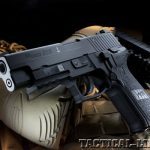 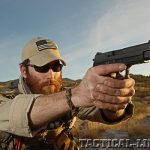 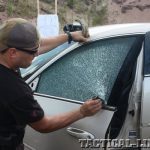 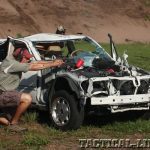 Voices in the foggy annals of gun lore claim the Sig Sauer P226 won the Army’s XM9 battle over the Beretta M9 25 years ago, but lost the ultimate war for the contract due to lower prices for parts and accessories. Others point to both the Beretta’s early slide hiccups and the independent adoption by both the Navy SEALs and numerous law enforcement agencies as proof of the Sig’s design superiority. Whatever one may believe, the P226 now serves in the police and military units of over 25 countries. In 2011, SIG was authorized by the Department of the Navy to market their MK25 variant as the pistol identical to those carried by the SEALs. The MK25 version features a Nitron-coated, stainless steel slide, anodized aluminum frame, and anti-corrosion coatings on its internals and controls to withstand exposure to saltwater. Also unique to the MK25 is a UID identification label and engraved anchor on the slide.

Favored by many for its ergonomics, reliability, and ­accuracy, the P226 is a full-sized duty sidearm that operates via the locked breach short-recoil method invented by John Browning. However, unlike other Browning variants, the P226 utilizes a SIG-designed system that locks the barrel into the slide via a large section of the barrel that interfaces with the ejection port, rather than locking lugs between slide and barrel. The P226 is a DA/SA (double-action/single-action) with no external safety. It is designed with a decocking lever that allows the operator to safely lower the hammer and block the firing pin. This makes the weapon ‘drop safe’ as only the pulling the trigger will fire the weapon. The double-action factory trigger weight is 10 pounds and the single action is 4.4 pounds.

For this course, my MK25 was outfitted with the Short Reset Trigger (SRT) package, a modification offered by the Sig Sauer’s New Hampshire custom shop that reduced the trigger travel by an advertised 60 percent. Additionally, Sig performed an “Action Enhancement Package” where factory gunsmiths tune and polish critical surfaces to enhance both the double- and single-action trigger pulls. The result was a smooth, tightly functioning setup better capable of rapid firing while still being under the factory warranty. 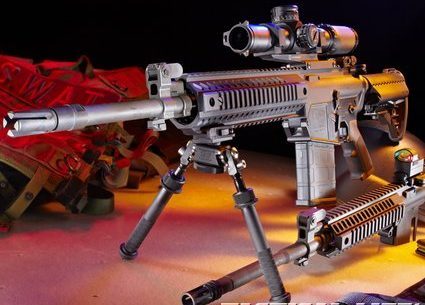