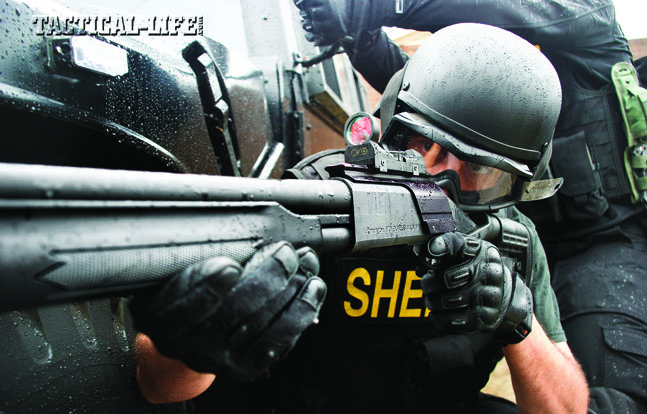 The debate over today’s military-style police and SWAT responses!
Comment(s)

One of the latest hotbed issues in the police world is the perceived “militarization of law enforcement.” Concern generally arises after an armed incident where officers respond in tactical gear or dressed in typical SWAT attire. Active-gunman situations or armed confrontations requiring a response with rifles or shotguns always sparks concern. Americans are generally not accustomed to seeing civilian police officers deploying AR-type rifles or shotguns in their neighborhoods. However, despite media attention of late, it remains a rarity. Lastly and often the most disconcerting are those situations where an armored personnel carrier is deployed. Having something that looks to some like a tank drive into your neighborhood causes a certain degree of alarm.

Honestly, it is understandable. On its face, any of these issues leaves the impression civilian law enforcement is becoming less civilian and more militaristic. That’s the problem with judging a book by its cover—it can be deceiving. Truth is, all of these things are tools that are in many cases a requirement for an officer’s survival and the proper protection of the public they serve. Police officers and agencies react to the threats they encounter, and times have changed, requiring different tools. Unfortunately, it masks the real issue, one that has concerned me for years: the militarizing of the mindset of civilian police officers.

Teamwork Vs. Elitism
Many police agencies continue to train and encourage a mentality among officers that mimic military units. At its heart, it’s the idea that the organization takes precedence over the individual. While this may mean survival in a combat unit, or even in some very specially trained police units, it may just as easily foster an elitist attitude unnecessary and even dangerous in a civilian police organization. Often justified as “teambuilding” or “motivational,” it is more about control and can result in an “us versus them” attitude that removes officers from the community. Training academies become nothing more than military boot camps. Most officers simply endure it until they get “on the job;” unfortunately, some take this to the extreme, and therein lies the real problem. Over time, the more an officer becomes “separate” from the public, the easier it is to justify actions that might not be appropriate.

It’s important to encourage discipline and attention to detail, as well as a feeling that you are accomplished at something many cannot do well. Being a police officer is incredibly difficult and takes a very special person. But, police officers are not troops or soldiers in a war. What they should be are trained professionals that work in a civilian environment. While life-and-death situations can occur, much of what an officer does involves interaction with a largely law-abiding public. Doing the job well requires that public’s cooperation, and that requires empathy, not elitism. Teamwork is critical, but teams are made up of individuals. The best teams are composed of motivated individuals working for the greater good, not just the good of the organization.

The bottom line is simple: Law enforcement needs to change with the times. Police officers have a far greater need for problem-solving skills in our local neighborhoods than a well-creased uniform and a sharp salute. Law enforcement always seems to be struggling with how to deal with yesterday’s problems—not today’s. Maybe it’s time to change that status quo and move forward, leaving the past where it belongs: in the past. 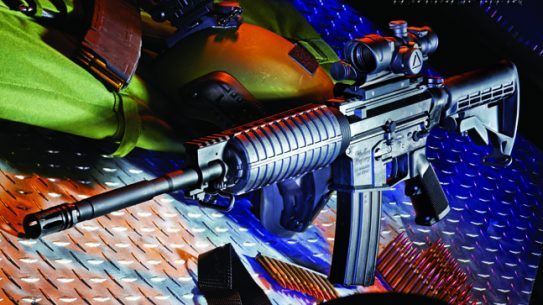 Duty-ready 5.56 that stays cool when it brings on the heat.