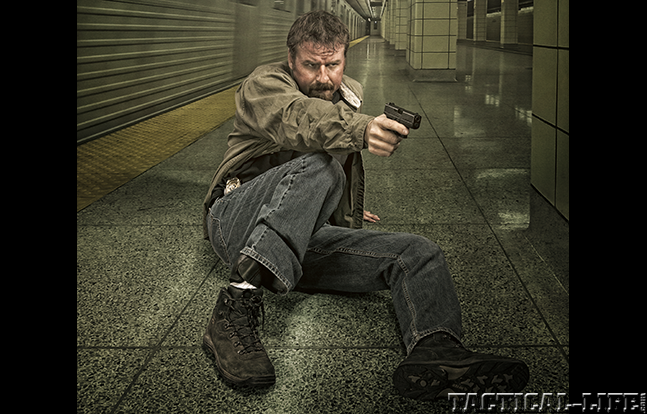 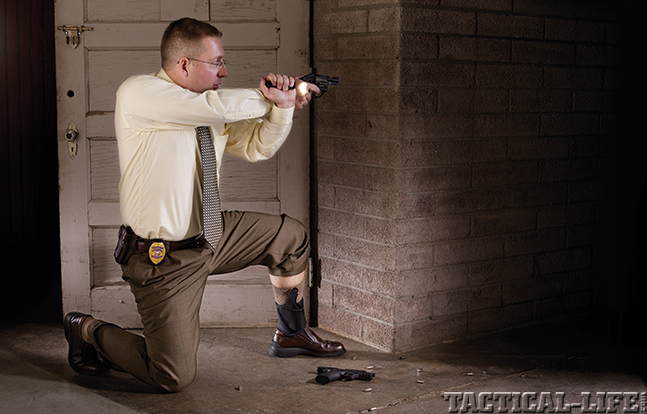 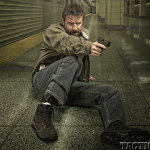 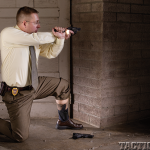 In some agencies, the top brass frown upon off-duty carry, while in others it is “strongly encouraged,” and there may even be a few departments that still require 24/7 carry except when the officer intends to be drinking.

Research from one Georgia police department indicates that as many as 7 percent of law enforcement agencies issue easy-to-carry compact handguns for off-duty (and usually also backup) use. Off the top of my head, I can think of at least three state police agencies that issue such handguns to their troopers for those purposes.

It’s easy for a less-committed officer to say, “I get paid to carry a gun, so if they want me to carry one on my own time, they better pay me for that, too.” Those who see law enforcement as a calling know better. They realize that deadly danger can present itself at any time, often when least expected. And frequently, the off-duty cop finds himself the target instead of the rescuer.

Taking Out The Trash

I’ve heard skeptics say, “So, am I supposed to strap on a gun when I take the garbage can out to the curb?” Well, look at the following three cases and then ask me that question again.

Case One occurred in New York. A decorated NYPD detective who does put on his Smith & Wesson Model 36 when he takes the trash out witnessed a neighborhood argument spiral down into extreme violence. He drew the gun, preventing death or grave bodily harm that almost certainly would have occurred had he not been armed during this mundane, just-step-out-of-the-house task. Case Two also took place in New York. An NYPD officer with national pistol champion titles is taking out the trash when he sees multiple assailants mugging an older woman. Unarmed, he rushes to her aid, only to find that the muggers are armed with metal pipes. With genuine heroism, he beats the hell out of them with his bare hands and subdues them—but not before their swinging pipes inflict injuries that will force him to retire from not only handgun competition, but also police work itself.

California is the setting for Case Three. A young officer’s successful anti-gang efforts have made him a target for the local gangbangers. When he steps out of his house to bring garbage to the curb, human garbage is waiting for him in ambush. Helpless to shoot back because he is unarmed, he is gunned down and dies in front of his own home.

For many young cops, still low on the salary scale but with fast-growing children and attendant expenses, buying a subcompact off-duty gun seems like a selfish luxury. No problem: Modern CCW holsters allow the department-issued service pistol to be worn comfortably in concealment. In Case Four, a cop in a New Hampshire city invested in an inside-the-waistband holster for his full-sized, department-issued sidearm. Regular training and qualification made him confident with it the night he had to draw on a dangerous felon while off-duty. That confidence showed, and cowed his opponent into surrendering, turning what could have been the murder of a policeman at worst and a gunfight at best into a solid felony arrest with no shots fired.

For a decade now, the Law Enforcement Officers Safety Act has allowed cops to carry off-duty outside of their own jurisdictions. It saved an innocent life in Case Five when an off-duty Chicago cop who happened to be in Utah saw a man stabbing another man in a restaurant parking lot. He drew his privately owned, department-approved Smith & Wesson M&P40, identified himself and ordered the man to drop his weapon. When he continued the attack, the off-duty cop shot him. The stabbing victim survived, thanks to a well-prepared officer who was in the right place at the right time.

Case Six went down in Tucson, Arizona. A Pima County SWAT physician and sworn deputy was off-duty in his assigned, unmarked vehicle when he came upon a woman being brutalized by an armed carjacker who, it turned out, had murdered his own father hours before. With his department-issued Colt Government Model 1911 .45 ACP in hand, the SWAT doctor identified himself, and the fight was on. In the course of a short but savage gunfight, the police doctor was wounded slightly by a 9mm bullet, but he shot and killed the suspect. He was credited with saving the life of the carjacking victim.

Often, what calls the off-duty gun into action is a violent criminal who mistakes the officer in casual clothing for a victim. In the famous Case Seven, a particularly vicious serial rapist saw a beautiful young woman on the street, took her at gunpoint and forced her into his automobile. What he didn’t know was that she was a rookie Chicago Police officer, and she was armed.

What would likely have been a brutal rape and possibly a murder turned into a fierce battle to the death in the front seat of the pervert’s car when she drew her Colt .38 Detective Special. When it was over, she stepped out of the car alone, defiant and alive. The rapist’s string of heinous crimes was over: He was sprawled in the front seat, dead from the multiple gunshot wounds she had inflicted upon him in self-defense. His first armed victim had been his last.

It is not at all uncommon for the first responding officer at a scene of lethal criminal violence to be off-duty. He or she must be prepared. Sometimes, only the presence of an off-duty gun and the skill that must come with it will separate the triumphant hero cop from the tragically murdered, helpless police officer caught both off duty and off guard. 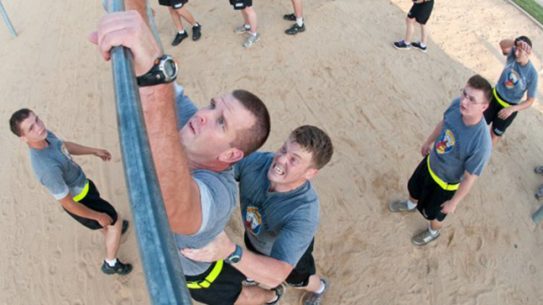 A simple list of 11 key concepts to keep in mind can drastically increase...