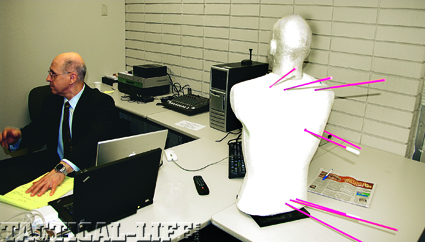 Classes teach an understanding of what truly happens during a gunfight — and why.

Having always been an instructor who likes to base his training on hard science, the job can be difficult. Much of what is in the name of training today is all hype. Similar to some firearms training today, some martial arts training are based on mythology, exaggeration, and commercialization. It is about the latest greatest tactic or technique that someone created. Its practicality is often irrelevant. There was always some “secret” you could only learn from the “master” that was teaching it (often for a fee). The media portrayals did not help; many people believe that what goes on in the movies in a gunfight is real, just as they believed what went on in the martial arts movies could be learned in a dojo. Don’t misunderstand me, well-trained athletes can do some fantastic things, but it is not mystical or magical, it’s just plain human and can be explained and improved through the use of practical science.

Along with many of those charlatans were some instructors and systems that used the study of the body’s movement “Kinesiology” to explain and ultimately improve a technique. Instead of “doing as you were told” these instructors explained why doing it that way produced more power, speed, or better balance. That kind of explanation does not work for everyone, but it certainly does for me. This holds true with the mechanics of shooting, arrest control application, or the precise application of weapons. The science has always been valuable here. “Why” can be as important to training as simply “doing it.” Given this propensity for the “why” put me on a constant search for empirical evidence of why we teach people to shoot and ultimately fight with a gun.

Around 2005 the Force Science Institute appear on my radar. While looking through their articles on the internet the scientific basis of their findings became clear. These were not “opinion papers,” they were scientific studies performed using accepted data-gathering practices. Often the findings went against most of the prevailing thought. Even so, they did so using empirical data gathered from real study. For years the only “study” in the firearms training or officer involved shooting realm was what a rangemaster did in their spare time. Now there was actual evidence of why officers do what they do in a gunfight, and why the “unexplainable” could be explained.  Studying these in greater detail, it seemed much of the training going on in the police firearms world was counterproductive. Incorporating the information in these studies in firearms and force on force training produced significant results and can bring police training into the 21st Century.

The second aspect of the Force Science Research Centers study is how officers react after the shooting. It not only deals with the physiological and psychological aspects of the aftermath, but the explanation of occurrences that just don’t seem possible. In the case of our department the information that has come from Bill Lewinski and others has been instrumental in the proper treatment of our officers after a shooting. With each subsequent department shooting investigation, the value of this research becomes clearer. Aside from the changes that occur in a department adopting these principals, Bill Lewinski and his institute have, on numerous occasions, gone to bat for officers in court. Bringing actual science to the courtroom has done much to combat the sheer ignorance of many who prosecute officers for a living.

Force Investigation
Force Science Research Center’s Force Investigation Certification is a popular course. Luckily someone could not make it and off I went. This particular class was hosted by the San Jose California Police Department Training Division and they did a fantastic job. The facility was great, the course was well organized and the staff did a fantastic job.

The information is a bit more intense, and the class requires a written test and presentation. There is a ton of information here, and it requires focus and study. 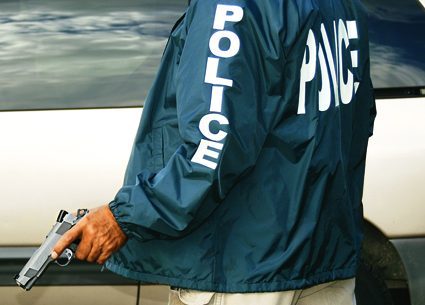 Classes teach an understanding of what truly happens during a gunfight — and why.…