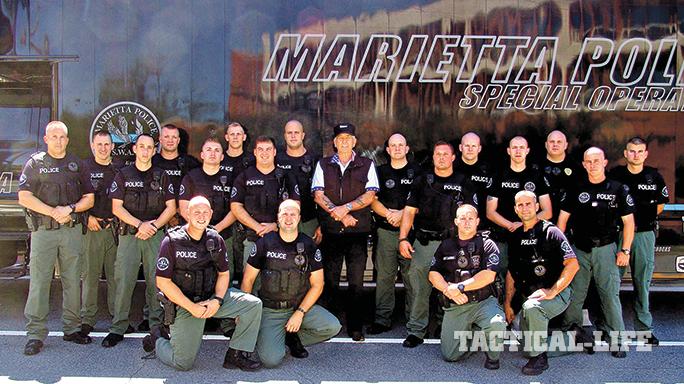 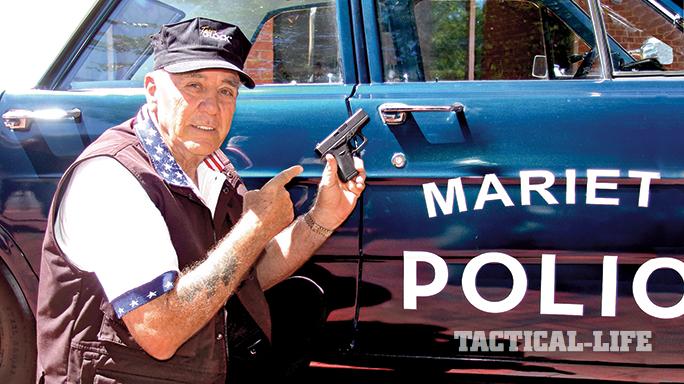 2 of 3
Pledge of Protection: GLOCK Safety Month
GLOCK spokesman R. Lee Ermey, aka The Gunny, poses with one of the G42s issued to Marietta officers for backup and off-duty use. 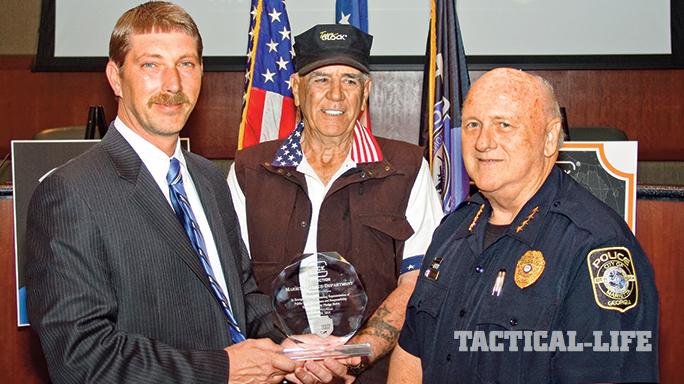 3 of 3
Pledge of Protection: GLOCK Safety Month
GLOCK’s Chad Mathis and The Gunny present the Safety Pledge award to Marietta Police Chief Dan Flynn for his department’s efforts in 2014. 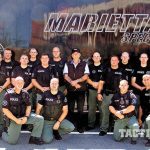 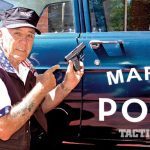 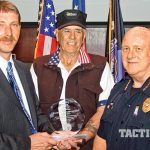 While gun prohibition groups have recently tried to co-opt the term “firearms safety,” the fact remains that, historically, firearm owners’ organizations such as the National Rifle Association (NRA) and industry groups such as the National Shooting Sports Foundation (NSSF) have always been the main drivers of firearms safety efforts. One need look no further than the hunter safety training routinely supervised by state fish and wildlife departments. There, the NSSF’s and the NRA’s input is overwhelmingly apparent, but contributions by the gun-banning groups are conspicuous in their absence.

GLOCK recently teamed up with the NSSF in an effort the company calls S.A.F.E., making June 2014 a “GLOCK Safety Month.” According to GLOCK’s Josh Dorsey, “At GLOCK, we don’t just sell guns. We sell responsibility. GLOCK is committed to safety and gun awareness.”

Here’s how Dorsey explained the new project: “Beginning on June 2, 2014, users were able to pledge their commitment to gun safety and highlight their plans to spread the safety message to their immediate friends and acquaintances. Folks were able to make a personal commitment to themselves and their community to use and store guns properly and safely. There was no monetary value associated, simply a promise to responsible gun ownership and handling.”

Dorsey continued, “Our goal was to get as many pledges as possible and…share some of them via social media. In order to drive more pledges, we held a contest between three police departments, one from each of our sales regions. The winning PD was visited by The Gunny for a day, where he met the officers, presented them an award, signed autographs and shared the day. The winning PD was determined by the agency that drove the most pledges on our pledge page. The law enforcement connection is very straightforward—GLOCK wishes to support gun safety in partnership with LE officers, and we want to support the agencies with the initiatives they come up with to drive pledges.”

In early July 2014, GLOCK announced that the Marietta, Ga., Police Department had won the contest, garnering the most pledges not only in the East, but also across the nation. In second place, representing Western law enforcement, was the Castle Rock Police Department in Colorado. Third overall, representing the central heartland, was the police department of Cottage Grove, Minnesota. Once again, GLOCK has made clear its commitment to firearms safety and responsibility. 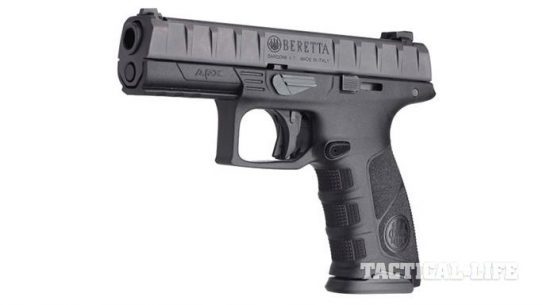