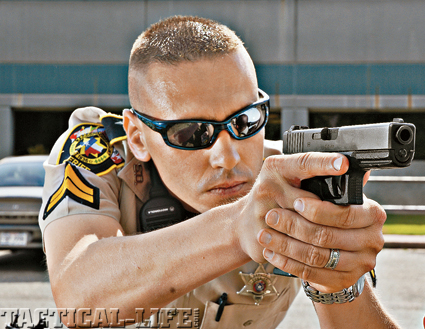 The Glock pistol has become the go-to sidearm for LE officers, due to its combination of reliability and simplicity.

This year marked the 25th year of the Glock pistol in the United States. The Glock has been such an overwhelming success story that it has been written up as a cover story in Business Week magazine. When the Glock pistol debuted on these shores in the1980s, no one dreamed that it would one day replace the classic service revolver as the most common sidearm in American police holsters. Yet, in 25 short years, it has.

Indelible Imprint
By the year 2011, the Glock had been standard issue for the FBI for more than a decade, and was also the choice of the DEA and the U.S. Marshals Service. It was the standard sidearm for a majority of state police agencies, including the largest, the New York State Police. The Glock can be found in the holsters of our nation’s three largest city police departments, all of which give their officers some choice in the matter: NYPD, Chicago PD, and LAPD. Our single largest department is New York City’s, with some 36,000 armed officers. All of them are given the choice of three makes and models of the 9mm pistol, which they purchase themselves. It has been reported that more than 20,000 of them have voted with their wallets and armed themselves with the Glock 19.

The first two large police departments to adopt the then-revolutionary Glock were St. Paul, Minnesota, and Miami, Florida. Both departments issue the Glock as required standard to this day. They were the flagships of what would become a vast armada. It has been estimated that some 70-plus percent of American law enforcement officers now have Glock pistols in their holsters.
It is not hard to understand why. The Glock popularized the lightweight polymer autopistol frame, reducing weight, cost and even recoil due to the subtle flex of its frame as the gun is fired. It fit well in a wide variety of hand sizes, a feature amplified with the grip-size adjustments incorporated into the latest Gen4 models. It was so simple to operate that it changed the paradigm of “the police service automatic” from a double-action first shot, single-action follow-up fire control system that required decocking levers, to the striker-fired, point-and-shoot concept that was at the heart of the Glock. Most important, it was durable and reliable, surviving torture tests that over the years included six-figure round counts, being dropped from helicopters, and being fired while covered with mud or sand. 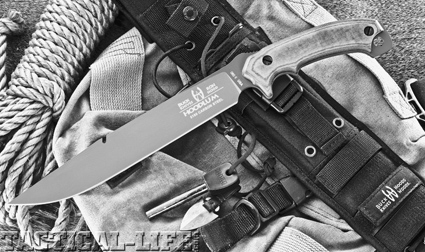 The Glock pistol has become the go-to sidearm for LE officers, due to its…