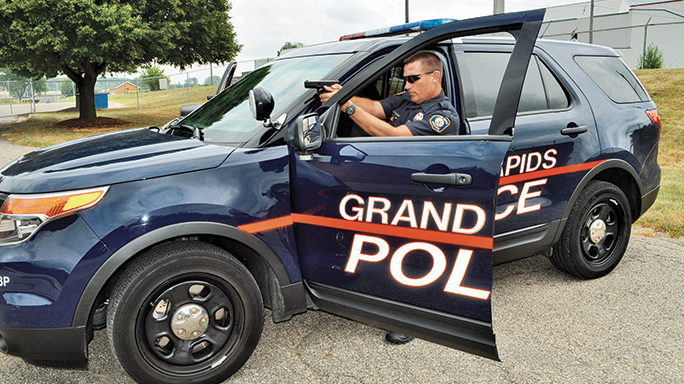 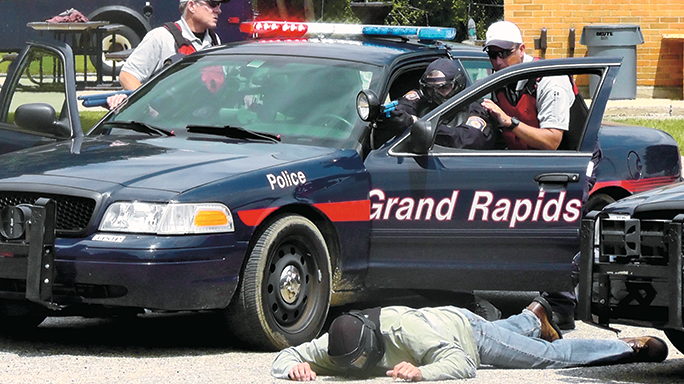 2 of 4
Grand Rapids Glocks: LEOs Maintain Safety with Glock 17
The Grand Rapids Police Department stays on the cutting edge with advanced training to deal with any potential threat, including active shooters and terrorists. 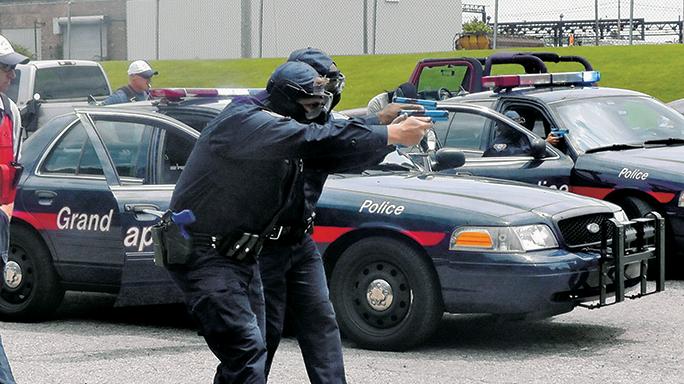 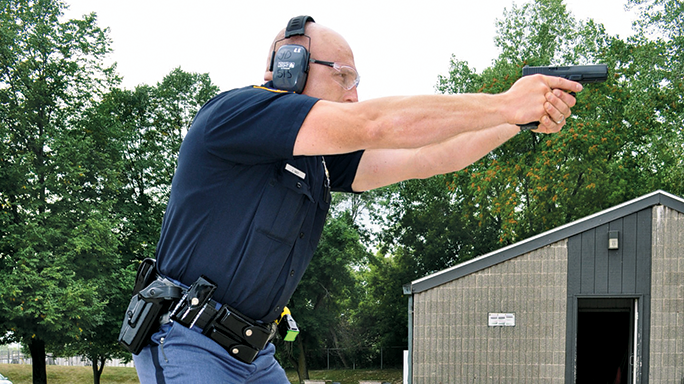 4 of 4
Grand Rapids Glocks: LEOs Maintain Safety with Glock 17
GRPD officers must qualify twice a year, firing around 450 rounds at each event, and the user-friendly GLOCK 17 has helped these officers shoot tighter groups. 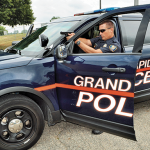 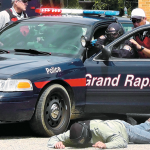 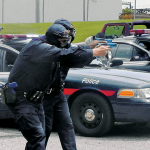 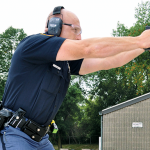 Grand Rapids, Mich., is one of those cities that constantly makes it onto lists. According to Forbes magazine, it has the distinction of being the best metropolitan area in the country to raise a family in. It also ranks fourth out of the 10 best cities to find a job. Grand Rapids also made another list. According to the FBI, Grand Rapids has a lower-than-average crime rate compared to other cities, due in large part to the work of the Grand Rapids Police Department (GRPD), which has jurisdiction over the city.

Grand Rapids is the second largest city in the state of Michigan and has multiple suburbs on its borders. With a population of just under 200,000 people, it has a very diverse community. GRPD Officer Kevin Gilbert said, “Since it is considered a mid-sized city, we contend with all of the crimes one would expect in a larger city, and due to our geographical location, we have criminal influences from both Chicago and Detroit.” Like many LE agencies recently, the GRPD reevaluated the 9×19 cartridge and moved to the GLOCK 17 Gen4 pistol in May of 2015.

The GRPD has 290 sworn personnel coming from diverse backgrounds. Many officers hold four-year degrees, and many are military veterans. Some officers have also come to the GRPD from other agencies, including the LAPD and NYPD, to name a few.

The GRPD makes an effort to connect with the community, and in general the relationship with the community is good and supportive. It has many outreach programs, including involvement in the Boys & Girls Club, a camp for kids, a youth baseball league, basketball teams for kids, a chief’s advisory committee, a citizen’s police academy, a youth police academy and more.

This underscores the GRPD’s ability to work with neighboring jurisdictions to keep everyone in the area safe and secure. For example, the GRPD has been training to counter domestic terrorism, on its own and with other agencies, since 9/11. On a yearly basis, GRPD officers complete terrorist response training courses. The training is multi-faceted and includes classroom education concerning recent events around the country as well as scenario-based training, such as active-shooter responses, IED responses and mass-casualty incidents.

According to Gilbert, “We’ve completed large-scale, multi-jurisdictional scenarios in both tabletop and scenario-based exercises in recent years.”

Not an agency to follow trends, the GRPD made the move from another .40-caliber pistol to the GLOCK. Over the past four years, the GRPD attended numerous ballistic wound workshops. “We then started to peel away the misconceptions and myths about the two calibers,” Officer Gilbert said.

As the department dug further into the 9×19 and did its homework, the 9×19 came out over the .40 without any compromise. As far as the firearms themselves, the .40-caliber pistols issued to GRPD officers were six years old and at the end of their life cycles with the department. After extensive research, the GRPD also knew that it did not want a DA/SA pistol. GRPD officers had used those types of pistols in the past and did not like their inconsistent trigger pulls or long trigger strokes. Part of the department’s decision also came down to economics. Was it cost effective to re-spring the older pistols and tie up an armorer for weeks on end or shop around for a new sidearm to issue?

Gilbert summarized the GRPD’s pistol qualifications as “a pass/fail standard course that includes weapons manipulations, reload drills, firing with flashlights, multiple targets, shooting on the move and those types of drills all done on steel. An officer needs to have 100-percent hits.”

GRPD officers qualify twice a year, firing around 425 to 450 rounds each at these training sessions. The GLOCK 17, though only in service for a short time, has already made a difference. “From a training perspective,” Gilbert explained, “we are seeing officers shoot tighter groups.” Gilbert relates the increased performance to the GLOCK 17 having less felt recoil and a shorter trigger stroke compared to their previous sidearms. “Across the board, our officers have had a very positive reaction to the GLOCK,” he added.

Changes like this—transitioning to a new firearm and chambering—can sometimes be met with resistance from the rank and file, but there was none in this case. Gilbert explained that the department took a proactive approach in introducing officers to the GLOCK and the 9×19 cartridge. Of course, the GRPD also has a top-notch training program and proficiency courses for all of its weapons.

Aside from the G17, officers can also choose their own backup weapons, with a few guidelines given by the department. Several officers use subcompact GLOCKs as their backup or off-duty guns. Gilbert knows of several officers who have recently purchased the newer G42 and G43 pistols. Patrol officers typically carry three 17-round magazines while on duty for a total of 52 rounds.

“We are fortunate to have full support from our administration and city government when it comes to training and professionalism,” Officer Gilbert explained. “We have a culture that is invested in the training of all personnel.”

On several occasions officers have had their physical skills tested and commented after the incident that it was “just like training.” Being prepared mentally and physically allows these officers to handle the stress of a callout and perform admirably. The situations officers face are what one would expect in a mid-sized city. Gilbert said, “We have a very well-run agency committed to training our officers. We do not cut training based on the market or costs.”

Other than night sights, the GRPD’s GLOCK 17s are factory stock. Gilbert said that, since he is involved in training, he was surprised by the lack of malfunctions on the range with so many officers firing over 400 rounds each to qualify with their GLOCK 17 pistols.

What also impressed Gilbert and the rest of the team involved in the procurement process with the new pistols was the customer service GLOCK provides. “We could not be more impressed with the G17 pistol,” said Gilbert. And that is testament to GLOCK’s dedication to law enforcement officers and making sure everyone goes home safely at the end of every shift. 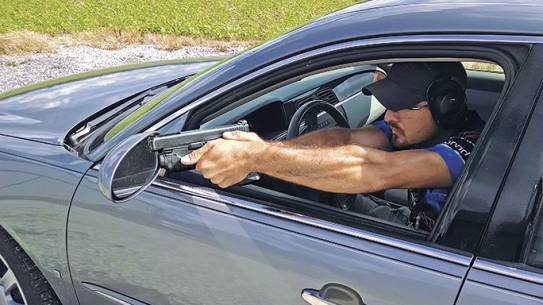 Whether your main goal is competitive shooting or self-defense, the 'shooting' goal is always...