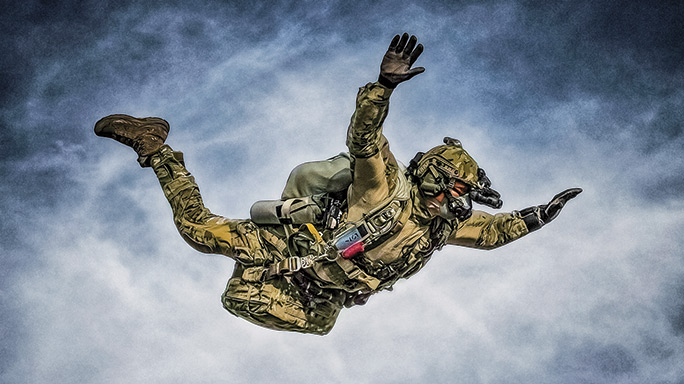 1 of 3
Special Ops: The Ghosts of HALO Parachuting
Falling from almost five miles above the Earth, HALO-certified warriors utilize state-of-the-art equipment allowing them to survive the challenging jump. 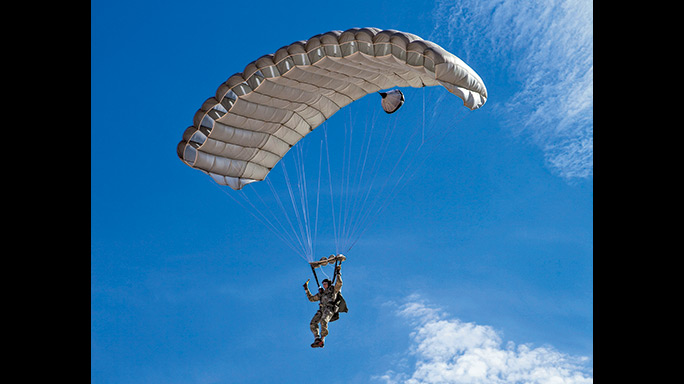 2 of 3
Special Ops: The Ghosts of HALO Parachuting
HALO jumpers utilize portable oxygen systems as well as cutting-edge parachutes that allow the operators to steer toward their objectives. 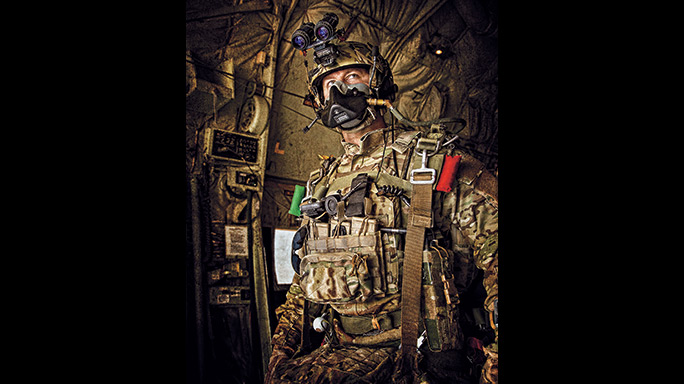 3 of 3
Special Ops: The Ghosts of HALO Parachuting
“… a parachutist will leave an aircraft at altitudes at or above 25,000 feet, free-fall for a majority of the distance and then open their parachute at lower altitudes.” 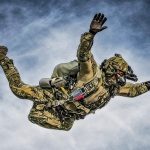 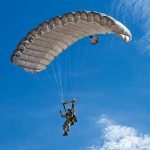 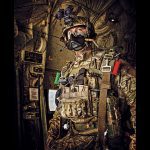 In the darkness of a moonless night, a lone military aircraft soars at almost five miles above the earth.Inside sits a very special cargo: problem solvers. Radio chatter crackles inside and people begin to stand. The door at the back of the aircraft slowly lowers down. A sharp cold air almost devoid of oxygen fills the space. In the glow of the minimal interior light, shapes begin to take form: helmets, oxygen masks, goggles, endless gear and weapons. Hand signals flurry and a light changes color. In an instant, these oddly clad ghosts disappear into the night sky as they step off the lowered door. Another HALO insertion has begun.

The daredevils that leap from the back of a perfectly good aircraft are not ghosts. They are painstakingly well-trained special operations personnel using one of their unique skills: free-fall High-Altitude Low-Opening (HALO) parachuting. This is where a parachutist will leave an aircraft at altitudes at or above 25,000 feet, free-fall for a majority of the distance and then open their parachute at lower altitudes. The technique is popular because the extreme speed reduces the amount of time a parachute can be seen. It can also defeat radar, which in turn provides a stealthy insertion. The technique is not new, but it has seen tremendous advances in technology. The first documented HALO combat jump occurred during the Vietnam War. Members of the Military Assistance Command, Vietnam-Studies and Observations Group (MACV-SOG) jumped into Laos to conduct a mission.

HALO techniques and methodologies are cluttered with as many myths as facts in the civilian world. To get to the truth of the matter, I visited with one of the best-known experts in the field: U.S. Marine Master Sergeant (retired) Jason Swarr. Swarr spent 20 years with the Marine Corps and a good chunk of that as a Military Free Fall (MFF) instructor. His path to this coveted position included endless technical training, over 40 hours in a wind tunnel, and as many as eight jumps per day during training. The end product of this training is a professional unrivaled anywhere in the world. By the time he hung up his parachute for the last time, he had completed almost 3,000 jumps.

The typical gear used for a HALO jump is chosen to deal with a few extreme challenges. First is the need to free-fall through painfully cold air that contains very little oxygen. Swarr said, “It can get really cold. I have exited an aircraft at 25,000 feet at night and the exit temperature was 30 below zero. It’s very hard to dress for something that extreme. Not to mention trying to put your weapon into operation upon landing when you have no feeling left
in your hands.”

There can easily be a 100-degree temperature swing from the time you leave the aircraft to the time you hit the ground. The lack of sufficient oxygen at altitude also requires jumpers to carry their own air. This is facilitated by a portable oxygen system and mask. Jumpers generally stay connected to the aircraft’s oxygen system until it is time to prep for departure. At that time, they switch to their own oxygen system. The final piece of critical gear is the parachute. These are advanced parachutes designed specifically for HALO insertions. Lightweight and steerable, they are the cutting edge of free-fall chutes.

While a parachute, warm clothes and oxygen will help these operators get to the ground, it is the reason for their jump that now needs to be factored in. This technique is designed to put warriors into harm’s way and to execute an important mission. With that comes the need for weapons, radios, ammunition, maps and everything else a modern warrior would need. This can turn into an unbelievable load. It begins with a parachute system coming in at approximately 40 pounds. Add to that an average ruck pack of 80 pounds (sometimes more). Now we add a weapon, body armor, ammunition, first aid and other miscellaneous gear onto a 210-pound man and the exit weight can average 400 pounds. This type of jump is not for the faint of heart.

The primary HALO training courses for the U.S. Army and Air Force are held in the Yuma Proving Grounds of Arizona. The U.S. Navy stays close to home and trains in San Diego while the Marines head to Coolidge, Arizona. Of course, at the top of the food chain are the Tier One units. These include all of the elite special operations teams, such as Delta and SEAL Team Six. These gentlemen run their own courses in the Southwestern United States.

Along with these military schools, there also exist very specialized private companies that provide world-class training in the arena. One of the best is IDIS Corporation. Its team consists of former special operations combat veterans who have real-world jump experience. The company offers a multitude of courses such as MFF advanced tactical infiltration, tandem, K9 delivery, rough terrain and maritime MFF training. Based in the Southwest, IDIS trains some of the world’s most elite warriors. IDIS is one of the premier locations training in advanced HAHO, or High-Altitude High-Opening, techniques as well. In many circles, HAHO insertions are now considered in many circles to be even more useful than HALO jumps. The principles remain the same, but parachutes are deployed at extremely high altitudes and then are steered into the target. This allows aircraft to deposit jumpers far from their target and cloak their insertion even better.

The “cool factor” of HALO / HAHO parachuting is undeniable. Yet few people understand the long trek and extreme training that goes into it. Holly-wood has done little to help educate us on the realities of this innovative technique. With stars leaping from planes without oxygen and wearing little more than a T-shirt, it is cause for many MFF instructors to bite their tongues. To professional warriors, HALO/HAHO cert-ifications are extremely desirable—it’s membership into an elite military club. 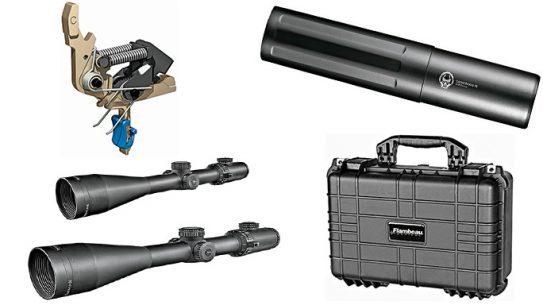 6 Tactical Accessories From the October 2015 Issue of SPECIAL WEAPONS

Special Weapons magazine has rounded up some of the newest gear to ensure success...