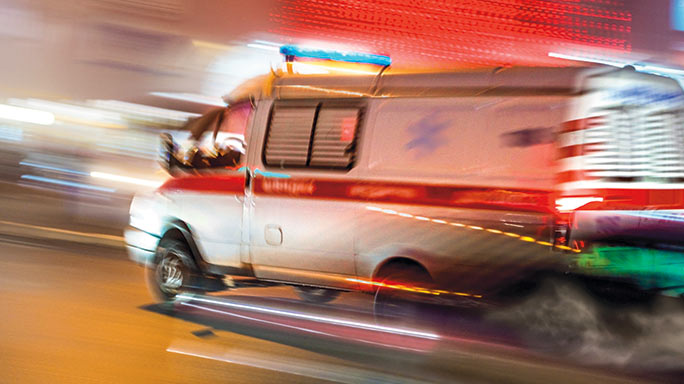 "I was going to lose my gun, and she was probably going to shoot me with it, but due to the close confines, I could not draw it and use it on her."
(Photo by Big Stock photo)
Comment(s)

“Affect their ability to see and/or breathe and you shall win the day!” Those words came to me in a smoky American Legion hall in 1976. I was talking with a veteran of the trench warfare of WWI, and he offered these words of wisdom to me as a way to deal with any future conflict.

Jump ahead to 1984 and I was working patrol in a two-man unit, accompanied by a reserve deputy for the evening. We were dispatched to handle a “probate detail,” which was a fancy term for escorting a person to the mental hospital. We hooked up with a pair of attendants in a private ambulance for this detail, and I decided I would ride in the ambulance with the patient while my partner followed along behind.

My ambulance partner responded to this crisis by jumping out the side door of the ambulance, leaving me alone to deal with the female, and this is where the real trouble began.

I was carrying a Smith & Wesson Model 66 in a high-ride thumb-break holster from Safariland. These holsters were quite popular at the time, as they were light, did not take up much room on the belt and were easy to wear while sitting in a cruiser. Unfortunately, they did not offer much in terms of weapon retention.

The woman grabbed my holstered revolver and tried to pull it free. The first attempt failed, but this did not stop her from trying again. I attempted all of the weapon-retention techniques I had been taught, but they all failed. It was obvious that she did not feel pain, so any strikes to the arms or other nerve endings were useless. I was going to lose my gun, and she was probably going to shoot me with it, but due to the close confines, I could not draw it and use it on her.

It was at this time that I remembered what the old WWI vet told me, so I pulled back, spread my index and middle fingers and poked her in the eyes in such a way that Moe of The Three Stooges would have been proud. The technique had an instant effect, as the woman clutched her face and rolled back on the gurney. She cried the rest of the way to the hospital.

After arriving, I explained to the doctor what happened and he checked her eyes. He told me that they were bloodshot but she would be fine. After being medicated, the woman did not even remember the incident once she settled down.

While the technique certainly was not fancy, it was very effective. After writing my report, I returned to the street a bit wiser about hand-to-hand combat, what works and what doesn’t. —DS, OH 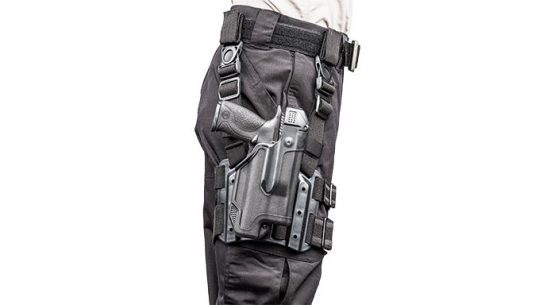 This light-bearing rig offers total security yet fast access when you need it!