hose who planned the secret mission to get Osama bin Laden in Pakistan knew it was a one-shot deal, and it nearly went terribly wrong.

The U.S. deliberately hid the operation from Pakistan, and predicted that national outrage over the breach of Pakistani sovereignty would make it impossible to try again if the raid on bin Laden’s suspected redoubt came up dry.

Once the raiders reached their target, things started to go awry almost immediately, officials briefed on the operation said.

Adding exclusive new details to the account of the assault on bin Laden’s hideout, officials described just how the SEAL raiders loudly ditched a foundering helicopter right outside bin Laden’s door, ruining the plan for a surprise assault. That forced them to abandon plans to run a squeeze play on bin Laden — simultaneously entering the house stealthily from the roof and the ground floor.

Instead, they busted into the ground floor and began a floor-by-floor storming of the house, working up to the top level where they had assumed bin Laden — if he was in the house — would be.

The raiders came face-to-face with bin Laden in a hallway outside his bedroom, and three of the Americans stormed in after him, U.S. officials briefed on the operation told The Associated Press. The officials spoke on condition of anonymity to describe a classified operation.

The job was given to a SEAL Team 6 unit, just back from Afghanistan, one official said. This elite branch of SEALs had been hunting bin Laden in eastern Afghanistan since 2001.

Five aircraft flew from Jalalabad, Afghanistan, with three school-bus-size Chinook helicopters landing in a deserted area roughly two-thirds of the way to bin Laden’s compound in the Pakistani city of Abbottabad, two of the officials explained.

Aboard two Black Hawk helicopters were 23 SEALs, an interpreter and a tracking dog named Cairo. Nineteen SEALs would enter the compound, and three of them would find bin Laden, one official said, providing the exact numbers for the first time.

Aboard the Chinooks were two dozen more SEALs, as backup.

The Black Hawks were specially engineered to muffle the tail rotor and engine sound, two officials said. The added weight of the stealth technology meant cargo was calculated to the ounce, with weather factored in. The night of the mission, it was hotter than expected. 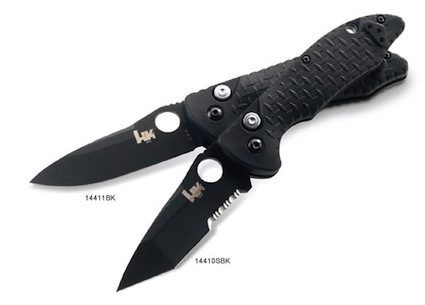