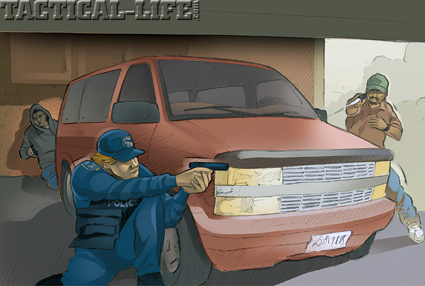 Isola Allen, 32, was preparing to drive her son Dextin to school one morning when three men pulled into the driveway, blocking her path. All three then forced her out of her vehicle and into the family’s home in Pine Hills, Florida.

Stranded with his 2-year-old twin sisters in the van, Dextin, 8, reached into his mother’s purse and used her cell phone to call 911. Orange County Deputies Dwayne Martin and Kevin Curry responded, followed shortly by Deputy Sheriff Jennifer Fulford and a trainee.

Seeing the police outside, the robbers sent Allen to tell them that everything was all right. Instead, she told them her family was under attack.

“My babies, my babies!” she cried, pointing toward the van. The three gunmen were alone in the house, with easy access to the adjoining garage.

Fulford didn’t hesitate. “I’m going to try to get the kids,” she said. She walked to the garage, followed by Deputy Martin.

“I crouched beside the van, but the doors were locked,” Fulford recalls. “I began hearing voices from the house, and then I heard three or four shots.” Fulford hit the floor and radioed the call sign “232,” for shots fired.

Seconds later, one of the robbers, George Jenkins, appeared behind the van and began shooting at Fulford. “I was behind the wheel well, maybe 8 feet away,” she says. “His first few shots missed me, and I hit him with my Glock .45. He fell back and slid down the wall in a seated position, but he kept firing.

Editor’s Note: We pay $100 for each account we print. Send to the magazine, c/o “Police Stories.” Or e-mail to tactical-life@harris-pub.com 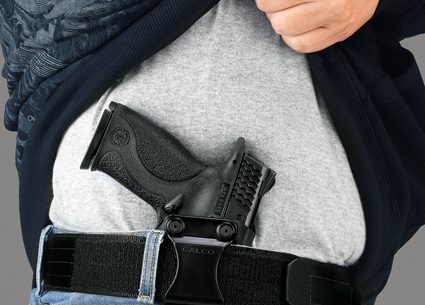 Mike DelRizzo illustration Isola Allen, 32, was preparing to drive her son Dextin to…