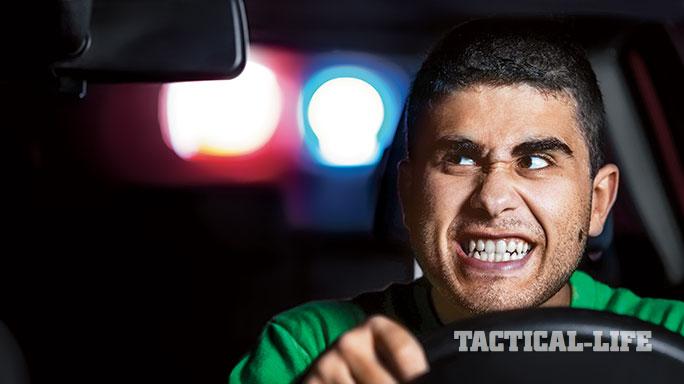 "Apparently, as the trooper yelled verbal commands to stop and get out of the car, the driver didn’t listen."
Comment(s)

I work for a state police agency in the northeast. Most troopers see a lot working the road. You often get the good, the bad and the dumb. One night, we got the latter.

While on patrol, another trooper went out for a traffic stop. It appeared that the car was speeding and the vehicle was unregistered—very typical offenses to see on the road. Soon the details of the traffic stop came over the radio. The trooper asked for another unit to assist, and I started rolling his way. By the time I got there, it was all over with.

The trooper had stopped the car and identified the driver and passenger. From the looks and the way they were acting, the trooper knew something was not right. The driver seemed fidgety, evasive of questions and very nervous.

The trooper got the driver out of the car and began trying to question the driver further. The driver continued to be evasive and then made the mistake of becoming combative with the trooper. As the verbal discussion’s tempo increased, the driver moved from verbally combative to a physical assault.

The driver took a swing at the trooper, and a brawl began. As the trooper fought back, he pushed the driver away from him, trying to create distance in order to use his Taser. With that gap, the driver chose to run back into the driver’s side of his car in an attempt to flee. The only problem was, the brawl had moved to the front of the car and the trooper was blocking the car’s path.

As the suspect got behind the wheel and began to shift the car into drive, the Trooper, quickly realizing danger, drew his issued Smith & Wesson M&P45 and aimed it at the driver. Apparently, as the trooper yelled verbal commands to stop and get out of the car, the driver didn’t listen.

He pressed the gas pedal and starting driving at the trooper. The suspect’s actions placed the trooper in imminent danger, and he fired four rounds at the driver.

A few years back, our department had switched from a 9mm to a .45 ACP chambered weapon. There was the usual debate back and forth, but the one thing that no one could debate was the penetrating power of the .45 ACP round. Our department did tests and studies and, hands down, we found it to be the best law enforcement round.

The trooper said he watched his four rounds penetrate the car windshield, leaving four large holes, like it was butter. The rounds struck the suspect centermass, and the vehicle instantly stopped moving.

A search of the suspect and vehicle afterwards revealed two handguns in the passenger compartment with filed-down serial numbers. The lab raised the numbers, and ballistics matched one of the guns to a recent gang shooting. Suffice it to say that you never know what you can come across working the road, but the right tools make the job easier. That night, if it wasn’t for good police instincts and tactics and the power of the .45 ACP, the situation may have turned out differently. —DM, PA

At about the beginning of rush-hour traffic, just as everyone in our metropolitan city was leaving to head back to their homes on a bright fall weekday,
dispatch relayed several reports of a man with a handgun menacing passersby at one of our most well-known landmarks in the middle of downtown.

Myself and several other officers in the area responded, and indeed located smack in the middle of a crowded tourist and business area, a young man in his mid-20s was holding a handgun and shouting that he wanted to die. Several of us took on the task of clearing the area of innocent people while others tried desperately to negotiate with the gunman in order to resolve whatever problem he was having without bloodshed.

An investigation after the fact revealed that the man had been involved in a custody dispute with his ex, and he had posted on social media that he simply didn’t want to live anymore. All of us on the scene were finally able to clear the area of anyone else except the gunman and officers, and we made every attempt to have him put his gun down and surrender.

After talking for almost an hour, the man inexplicably raised his pistol suddenly in the direction of one of our other officers on scene and left no choice in the matter. The officer fired one round from his carbine and the gunman fell. Although every effort was made to assist him, he died at the hospital a short time later.

The subsequent investigation also revealed that the pistol he was holding was a realistic-looking replica that couldn’t have fired live ammo if he had wanted to. Apparently this was another sad example of a “suicide by cop,” but none of the people who commit these acts take the time to think about how the officer feels once it becomes known that what they perceived as a deadly threat was, in fact, not one. It is something that we all understand when taking the oath to serve and protect, but that doesn’t make it any easier to live with. —CT, NC 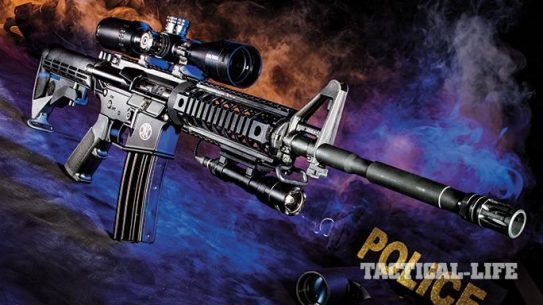