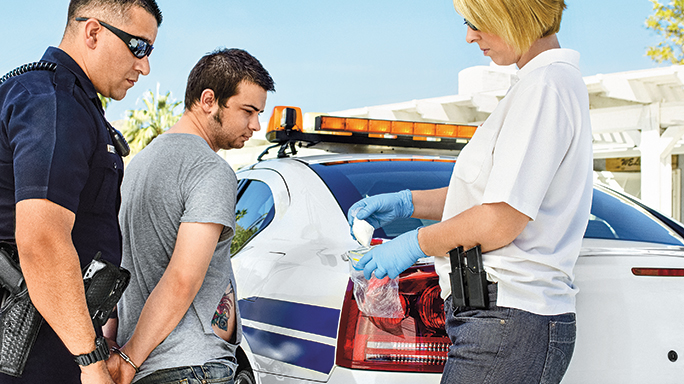 Early in my career, I was assigned to a drug task force that covered several counties. One of my coworkers called in late one night and stated that he had a lead on a methamphetamine “cook” in his county.

He stated that the “cook” lived alone, had a big German Shepherd and was a bad man. Intel suggested that the cook carried a silver handgun with him every place he went and the dog was trained to attack. My coworker ended up trailing the guy down a winding mountain road and noticed that he dumped something along the roadway. My coworker looked through the trash the guy had dumped and found lots of evidence of a clandestine methamphetamine lab. He found several thousand blister packs from cold medicine, ether cans that were punctured on the bottom and lithium battery casings. Based upon the cook’s history and the trash he dumped, my coworker obtained an arrest warrant as well as a search warrant for his residence.

We began to plan the safest way to execute the warrant with the information we had. We were pretty sure that the cook had surveillance cameras around the house. He rarely left the house, apparently only to dump his trash offsite. We set up around the house and waited for him to leave for a day and a half with no luck. Near the end of the second day, we devised a plan to serve the search and arrest warrant at the residence by calling him out of the house with a distraction.

My partner and I were dropped off a mile or so from the house shortly after dark that September night. We walked in and found a cove of pine trees across from the residence. We settled in and began watching the residence. About 30 minutes after we arrived, we observed a man that I recognized from the photos as the cook walking around the outside of the residence. He had one of the most beautiful German Shepherds with him that I had seen in a while. The dog was very majestic in his movements. He followed the cook around the outside of the house as we observed them from concealment. The cook appeared to be looking at his cameras mounted on the eaves of the house with a flashlight.

Then the dog stopped. It put its nose in the air and turned and looked in our direction. The dog then ran toward us, barking. My partner might have said a bit of profanity at that point, and he raised his rifle in the direction of the dog. The dog stopped at the edge of the road and continued to bark in our direction.

The cook came to the edge of the road and shined his flashlight in our direction. Luckily, flashlight technology back then isn’t what it is today. He shined toward us but never saw us. That is when I saw it: the butt of the stainless revolver sticking out of the cook’s waistband. He yelled at the dog, and turned and walked away. The German Shepherd stayed on point and continued to bark. The cook yelled at the dog a couple of times, but the dog knew where we were. Finally, the cook came over and kicked the dog, and it reluctantly followed him back to the house.

We relayed this to our bosses. Despite our information, the warrant services went ahead on schedule. When the rest of the officers arrived, five of us went to the back of the residence. A marked car pulled into the driveway. As we rounded the back, we observed the cook standing by the back door. I yelled, “Police! Search warrant! Show me your hands!”

The cook reached for his pistol. I raised my HK53 and aimed for his chest. Even though the front sight post appeared as big as my thumb on his chest, I saw the gun come up. And that is when the most unpredictable thing happened. The cook’s drawstroke was an attempt to toss the pistol to the side. The gun hit a firewood pile with a resounding thunk.

The cook was taken into custody. And the bad-attitude attack dog? When the yelling started, he ran into the house. He came back out after the commotion died down and followed us around the scene the entire time we were there with his tail wagging. We had to put him outside to keep him from getting exposed to chemicals when we took the meth lab down for disposal. He was a good boy. As for the cook, we still don’t know to this day how he didn’t get shot when he reached for the gun as fast as it happened. —JE, TN 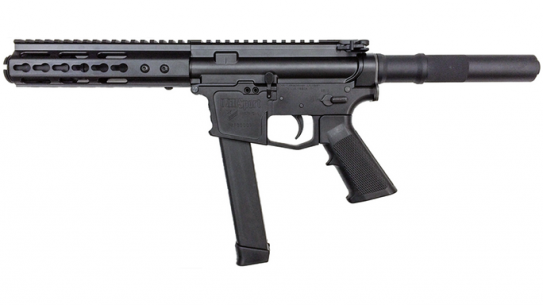 The all new MilSport 9mm from American Tactical includes a 5.5-inch pistol and a...