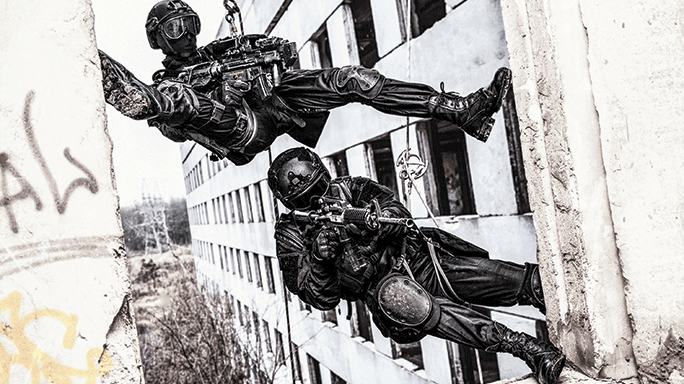 “Our subject had free reign up and down the block via this elevated position on the blacktop roof. It was a lot of ground to cover for the officers surrounding all sides of the street.”
(Photo by Big Stock photo)
Comment(s)

Our squad had just started some trigger time on the range, working with our handguns, when radio reached us on the firing line.

SWAT was needed in the East Division for an emotionally disturbed person (EDP) armed with a knife on a rooftop. It was now time for the team to quickly pack up and caravan out to this priority assignment.

I knew the location well. It was in my old stomping grounds when I started my policing career in patrol. That part of town was jumping in narcotics sales: heroin, crack and weed. This particular block was just two blocks away from one of the busiest heroin corners in the city, if not the whole East Coast, at that time. The location was also one of the active “alphabet-lettered” streets going north and south, a main thoroughfare in and out of the neighborhood. To add to the excitement, it was a very congested residential block of row houses where all of the rooftops were connected and lots of people were out to watch the police activity. Our subject had free reign up and down the block via this elevated position on the blacktop roof. It was a lot of ground to cover for the officers surrounding all sides of the street.

We relieved the patrol officers and tried to ascertain exactly where the man was located. A fire department truck with a large mounted ladder was already in place to reach the roof. Our first two officers climbed the ladder with caution, as the suspect appeared, paced back and forth, and then slipped out of sight. The subject was a male in his early 20s, and from what we learned from family and friends, he was suffering from mental illness and symptoms of depression.

We found out from our rear containment team that this male gained access to the roof via a tree. This block had several dilapidated and abandoned homes used by the addicts and drug boys to run through to escape the police. This “tree” was once a small weed that had grown out of control over the many years unattended, found in neighborhoods lost to poverty and crime. We had to pay particular attention to this tree if our suspect were to attempt to make his way off of the roof.

Observers saw that the man had a 5-inch-bladed knife that he was toying with. We were able to get a five-man arrest team safely onto the roof when the suspect was a few houses away from the ladder. The suspect was not speaking to us, and he made occasional threatening motions with the knife to stay back.

At one point the young man put the knife down by his feet but did not surrender or acknowledge our commands. It seemed that he suffered from auditory hallucinations or voices in his head, for he appeared to be conversing with himself. After a couple of hours of this stalemate, the supervisor formulated a plan to use a shotgun and fire a less-lethal beanbag round at the subject. The male was standing with his back to our rear containment team in the alley, and one of our operators took aim to strike him in the back. Our strategy was for the beanbag impact to startle him, pushing him forward—away from the knife near his feet—so we could safely arrest him. The plan was radioed to the team and the patrol officers in the area to notify everyone of the less-lethal beanbag round being deployed so as to avoid confusion about the type of firearm discharged.

Then, a loud crack came from the pump shotgun, and the beanbag found its mark. The suspect stumbled forward, away from the knife, and it stunned him for just a second. We moved to grab him, but he bolted straight to the edge of the roof, some 10 yards away, and just kept running.

He wasn’t running to jump off the roof, per se, but he ran like he thought he could run in the air. He quickly dropped from the roof of the two-story home to the concrete below and suffered serious injuries to his legs and arms. It was such a bizarre sight that we all looked at each other and could not believe had he done it. I found it strange that the suspect kept quiet from his injuries—he didn’t moan or yell—he just rocked on the ground and grimaced as the medics treated him. He did not receive any serious head trauma and hopefully is now healed and being helped professionally. It was one of those jobs you always remember because it is so unusual. It was so fitting, too, because that area of the city is nicknamed the “Land of Oz,” where the abnormal is normal. Oh, how true! —BH, PA 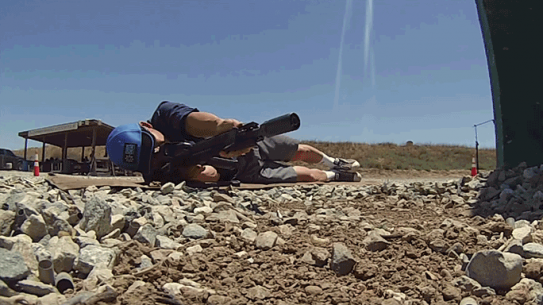 SureFire's Warden Blast Diffuser directs the concussive blast of the muzzle forward of the...