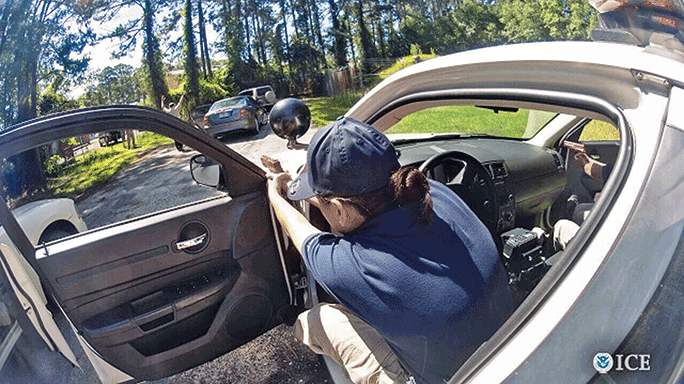 1 of 5
Immigration and Customs Enforcement Officers Turn to G26 Gen4
ICE agents keep their pistols drawn on a suspect during a vehicle-stop training exercise. 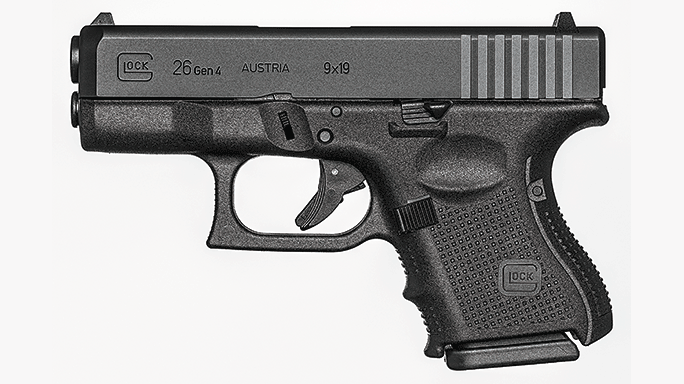 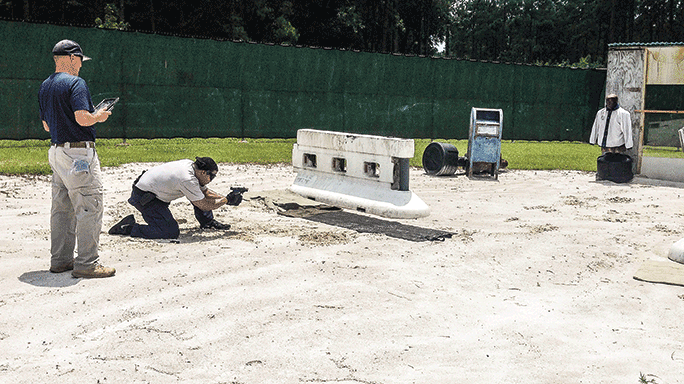 3 of 5
Immigration and Customs Enforcement Officers Turn to G26 Gen4
In many corners, the G26 has become a replacement for the traditional snub-nose, five-shot revolvers that were once the mainstay backup weapons in law enforcement. 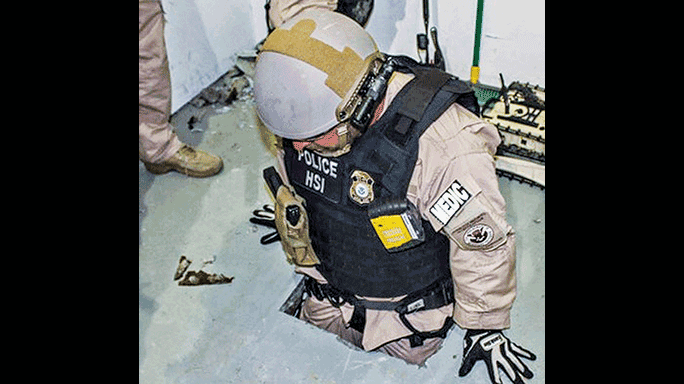 4 of 5
Immigration and Customs Enforcement Officers Turn to G26 Gen4
An ICE agent drops into a tunnel used by Mexican cartels to funnel drugs into the U.S. 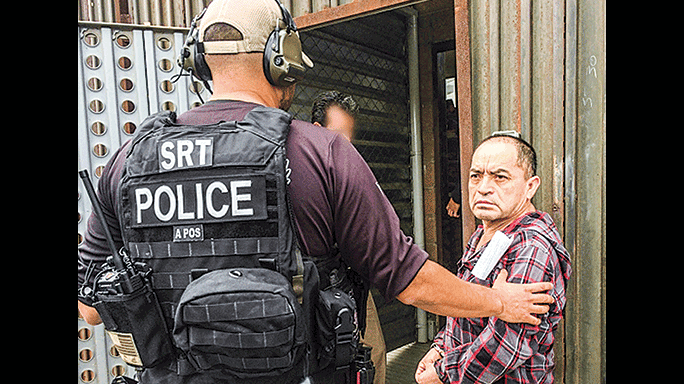 5 of 5
Immigration and Customs Enforcement Officers Turn to G26 Gen4
ICE operators are responsible for tracking down and stopping illegal trafficking. 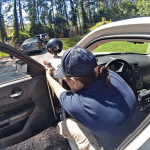 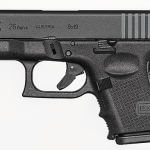 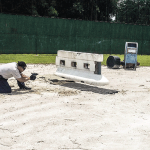 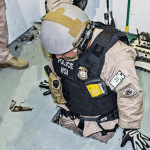 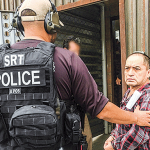 According to the 9/11 Commission, one of the failures that occurred on Sept. 11, 2001, was a lack of coordination.

The Commission recommended that the federal government reorganize its agencies and form one large department dedicated to protecting our homeland.

In March 2003, the Homeland Security Act set into motion what would be the single-largest government reorganization since the creation of the Department of Defense. Many agencies were transferred from their legacy departments into the new Department of Homeland Security (DHS). When the legacy U.S. Customs Service and Immigration and Naturalization Service (INS) arrived in DHS, they were summarily decommissioned as separate agencies, reorganized and merged into a new agency.

The U.S. Immigration and Customs Enforcement, or ICE, was formed and tasked with protecting the homeland from terrorists and enforcing over 400 federal laws, leading it to become one of largest federal law enforcement agencies.

When ICE was created, it was granted a unique combination of civil and criminal authorities to better protect national security and public safety. These authorities range from terrorism investigation and apprehension to recovering antiquities. Over the years, ICE has grown to more than 20,000 strong with a presence in all 50 states and 48 foreign countries. ICE’s core missions include immigration enforcement, stopping the trafficking of people and goods, and preventing terrorism.

ICE special agents strive to help businesses secure a lawful workforce and enforce immigration laws against those who encourage and rely on unauthorized workers, sometimes taking advantage of their situation to offer low pay and inadequate conditions. Multiple programs help ICE focus on finding and removing illegal aliens who are criminals, fugitives or recent arrivals. Immigration enforcement entails cracking down on those who produce fraudulent documents to enable unlawful activity. Additionally, several robust efforts seek to continue improving the safe and humane detention and removal of persons subject to those actions.

ICE also has jurisdiction to track down and stop the illegal smuggling of goods and persons into the United States. This includes the illegal trafficking of children who are sexually exploited in the U.S. and abroad and combatting the international trade of child pornography.

Stopping illegal contraband, including guns, money, drugs and counterfeit merchandise, is also part of ICE’s enforcement work. Antiquities are a special area of focus for ICE, and recently an ICE investigation returned more than 60 Iraqi cultural artifacts that had been smuggled into the U.S. The case commenced after ICE agents seized a looted artifact in August 2008 after an antiquities dealer based in Dubai shipped it to New York. The investigation led to the identification of an international network dealing in illicit cultural artifacts, and eventually more artifacts were seized and those involved were arrested.

Most ICE offices and programs also have a role in preventing terrorism. Several are on the front lines of this effort, either identifying dangerous persons before they enter the U.S. or finding them as they violate immigration or customs laws. ICE also works to prevent the illegal export of U.S. technology that could be used or repurposed to do harm.

On The Front Lines

ICE has become one of the frontline agencies in the federal government. Due to its jurisdiction, it goes up against some of the worst in its quest for justice. That quest has taken ICE agents around the world, into the combat zones of Iraq and Afghanistan and into the cartel-infested territories south of the border.

Once ICE became a reality, one of the first issues the agency had to address was what duty weapon its new agents would carry. The DHS is primarily a non-Glock carrying department, but due to the unique work ICE does, it needed to ensure that its agents had every tool available on and off duty.

Duty weapons are larger and heavier than what an officer may want to carry, especially off duty. Because of their full size, duty weapons are not ideal for concealed carry. What most want is a small, lightweight weapon that is easy to carry concealed. Due to ICE’s vast jurisdiction, this forced the agency to create a list of weapons that offered multiple options, including Glock pistols.

Within this list of weapons, the one that stands out is the Glock 26 Gen4 in 9mm, one of the company’s distinguished “Baby Glocks.” It is one of the most talked about off-duty weapons in law enforcement. Its small size makes it easily concealable, but it can certainly pack a punch.

When Glock designed the G26, it was revolutionary, and it has been one of the most sought-after concealed-carry options since its release in 1994. The Gen4 interchangeable backstrap design allows you to instantly customize the pistol’s grip to adapt to an individual shooter’s hand size. The surface of the G26 Gen4’s frame employs advanced texturing for a sure grip. Internally, the new Glock dual recoil spring assembly substantially increases the life of the system. Finally, a large reversible magazine catch accommodates left- and right-handed operators.

The G26 Gen4’s 10+1 capacity also offers plenty of firepower in an off-duty weapon. In many corners, the G26 has become a replacement for the traditional snub-nose, five-shot revolvers that were once the mainstay backup weapons in law enforcement.

ICE’s embrace of the G26 Gen4 as an off-duty weapon has been met with rave reviews by the troops. A few years ago, in a move that was considered “outside the box” at the time, ICE started allowing its agents to carry their off-duty weapons versus their issued duty weapons. Reports are that since that decision was made, many agents have chosen to “dig deep” and buy an off-duty weapon. This makes it much easier for ICE agents to carry ultra-reliable Glock pistols while defending our country. 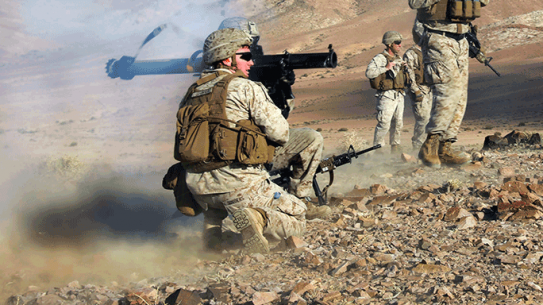 The live-fire rocket shoot was done to help 'the assault squad’s gun team to...