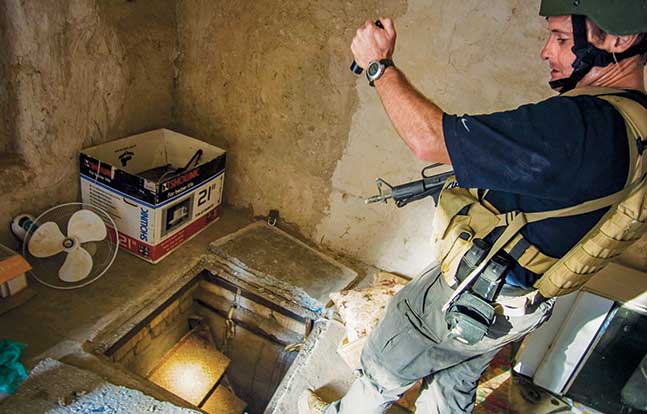 1 of 3
An Inside Look at Combat Zone Hostage Rescue
The Hostage Working Group (HWG), after gathering extensive intel, uncovered several secret locations throughout Iraq where hostages were being held by terrorist kidnappers, turning the tide of this deadly trend. 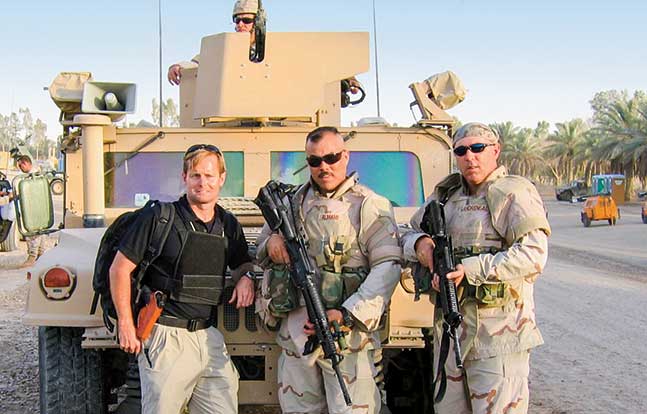 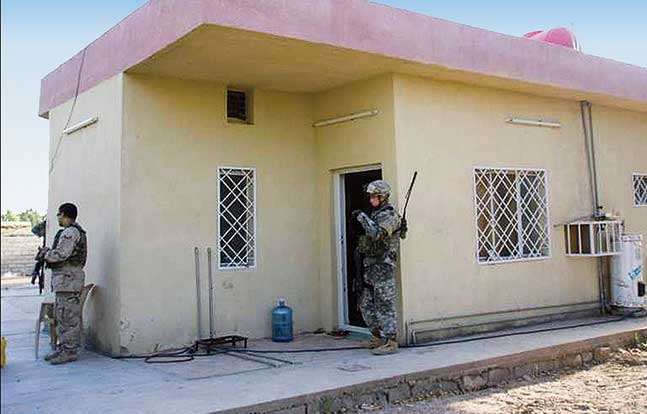 3 of 3
An Inside Look at Combat Zone Hostage Rescue
The Hostage Working Group (HWG), after gathering extensive intel, uncovered several secret locations throughout Iraq where hostages were being held by terrorist kidnappers, turning the tide of this deadly trend. 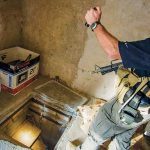 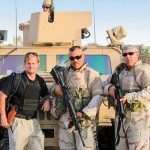 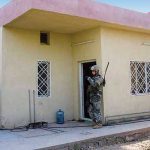 In 2004, Iraq’s insurgency was raging, and terrorists and sectarian Sunni and Shia militia groups quickly realized that fighting the coalition forces directly was pointless and other asymmetric warfare methods might achieve their goals. In the security vacuum that followed the U.S.-led invasion, these groups needed cash and exposure to gain political leverage and make the international media pay attention to their perceived issues. To those ends, these terrorists resurrected the oldest profession in the Middle East, the kidnapping business.

These groups were conceivably betting that this new terror tactic would result in either a ransom payday or capitulation on political demands. In the beginning, the groups bet right, and millions in ransom were paid and concessions did occur. For example, the Philippines pulled their troops out of Iraq to save the life of a Filipino hostage, only to be targeted for more kidnappings.

As this hostage-taking crisis grew, the U.S. initially paid little attention. The insurgency was gaining momentum and attacks on U.S. and coalition troops grew, diverting resources and their attention. The longstanding U.S. policy of never negotiating with terror or criminal groups also kept the U.S. on the perceived sidelines.

Then, in April of 2004, Nicholas Evan Berg, a U.S. businessman, went missing in Iraq. In May, he appeared in video, bound and clad in an orange coverall, surrounded by terrorists, including terror ringleader Abu Musab al-Zarqawi. After a rant on the video of perceived wrongs, Zarqawi pushed Berg’s head down, took a knife to Berg’s neck and beheaded him on Al Jazeera for the world to see. That video sent a shockwave around the world and focused Iraq coalition attention on this new deadly kidnapping problem—including the U.S.

Commander Dan O’Shea was a U.S. Navy SEAL reservist who had been mobilized following the attacks of 9/11 and served in the 2003 invasion of Iraq. In the summer of 2004, Dan was assigned to the U.S. Embassy in Baghdad, and on his first day the U.S. ambassador assigned him the task of addressing a kidnapping incident involving two Bulgarian truck drivers who were captured by al Qaeda’s Abu Musab al-Zarqawi. As O’Shea managed the U.S. response to the Bulgarian kidnapping, more cases came in.

O’Shea saw the emerging kidnapping trend as both a tactical and strategic threat to the overall mission. O’Shea said, “With the amount of U.S. and coalition non-military, aide worker, contractor and media personnel in country, ripe targets were everywhere. We needed to be out in front of this threat, because every kidnapping became a front-page news story, and the insurgents used that messaging of ‘success’ to further try and destabilize the country.

“Due to the subversive nature of kidnappings, a purely military kinetic response wasn’t always the first option. Hostage-rescue missions took actionable intelligence developed over weeks and sometimes months. It took extensive research and in-depth investigations to identify these various kidnapping networks in order to dismantle them.”

With the hostage problem on the rise, each coalition partner had a stake in finding a solution. Within a year, more than 60 countries had nationals kidnapped in Iraq; Turkish, American, Jordanian, Lebanese and Egyptian hostages were taken most often. Kidnappers often chose their targets indiscriminately, taking fellow Arabs, Westerners, Asians and Africans.

O’Shea said, “The Hostage Working Group [HWG] was created with a mission to advise and make recommendations on actions to deter, prevent and respond to hostage-taking incidents involving coalition personnel in county. HWG also served as a force multiplier by integrating all elements of national and regional power, diplomacy, intelligence, law enforcement and military forces to bear on hostage situations as they developed in the Iraqi theater of operations.”

The HWG had three priorities: safely rescue hostages, prevent future kidnapping incidents and bring hostage-takers to justice. According to O’Shea, “The safe release of hostages and preventing more kidnappings were our most pressing concerns, but our ultimate goal was to identify, track and eliminate kidnappers and their networks. The original intel/operations fusion cell eventually grew into an inter-agency task force including representatives from several U.S. government agencies, including the State Department, U.S. Special Operations Command, the FBI, CIA and several others. In total, over 30 U.S. and foreign agencies were eventually represented in the HWG.”

From this initial concept, the Iraq Hostage Working Group began the painstaking and methodical task of putting together disparate information about the terror groups and individuals responsible for the new kidnapping trade—and prepared to strike back.

“The kidnapping industry is run like the mafia,” O’Shea explained. “There is a hierarchy and violence. Kidnappers need to understand that what they are doing will not be tolerated, and what they want—be it a ransom payment or a message of terror—will not go unchallenged.”

A key to effectively countering kidnappers is understanding their motives, according to O’Shea. He breaks them down into four categories: terrorist ideologues who want to “send a message of terror with beheadings/executions aired for the whole world to see”; politically motivated groups who want concessions; criminals thugs who are “out for money”; and psychotics who may have no intelligible motive and like “sadists, get satisfaction and pleasure” from inflicting pain and controlling others. In Iraq, many times O’Shea explains that he saw a combination of all four.

To launch a hostage-rescue mission, you needed three elements: “proof of life” (POL) showing that the hostage is still alive, the exact location of where the hostage is being held and, finally, the “approval authority” to launch a rescue operation.

During this time, O’Shea helped to uncover the largest kidnapping ring in Baghdad responsible for targeting foreigners. That investigative work led to U.S. and coalition special operations forces targeting and dismantling the ring, which ultimately broke the back of the kidnapping industry in Iraq. O’Shea said, “We went on an aggressive campaign to ‘kidnap the kidnappers’ that proved to be the lynchpin operation in dismantling ‘Kidnapping Incorporated.’”

One of the notable cases O’Shea was involved in was that of Jill Carroll, a reporter for the Christian Science Monitor who was abducted in 2006. The Baghdad network that O’Shea had identified—and which U.S. Special Forces subsequently targeted—ultimately wound up releasing Carroll.

“On the last day of my two-year tour, we got the call that Jill Carroll was released,” O’Shea recalled. “I was there when U.S. Special Forces brought her to the U.S. Embassy and felt like it was God saying, ‘Daniel, you didn’t waste your time in the lion’s den. Your mission is done. You can go home now.’”

In Iraq and other dangerous places in the world, human life has a price tag, and thugs want to cash in on it. The price could be a ransom or political capitulations. Either way, these hostage networks are a dangerous threat, and groups like the HWG brought the right resources to deter, delay and dismantle this type of terror and helped save lives. Ultimately, they modeled their approach on what Hannibal faced when invading Rome, which the HWG used as their motto: “We will find a way or make one.”

AUTHOR’S NOTE: Chaos loves a vacuum, and when leadership is absent, anarchy often fills in. Syria and Iraq are symptoms of this governance void with non-functioning state actors and a lackluster U.S./global strategic policy. As it stands now, terror groups like ISIS are able to rise and resurge as al Qaeda 2.0. Now ISIS is a global threat—dealing with it requires an international response. But where is leadership in the world right now? TW will keep you posted on this ongoing situation. 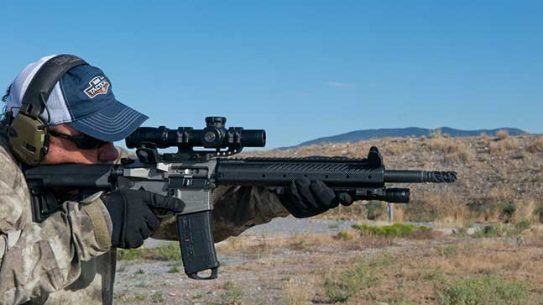 The Christensen Arms CA-15 Recon is a carbon-fiber-enhanced AR ready for duty by cutting...