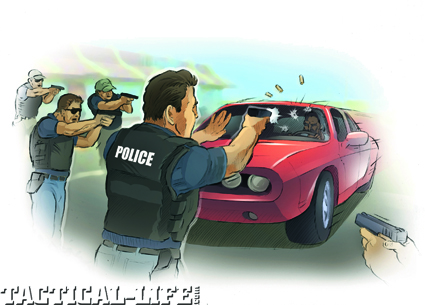 The Drug Enforcement Administration (DEA) uses task forces to combat narcotics trafficking. In New York City, this entails working with several local and state law enforcement entities. About 10 years ago, I was assigned to one based in Queens, and we were working a heroin trafficking case in New York City.

Our informant had worked up a deal to purchase a pound of heroin from a low-level dealer with the hopes of flipping him and working up the chain. We set the meet for a fast-food parking lot in southern Queens. Each agency that was part of our task force was there.

The plan was for the informant, who wore a transmitter and recording device, to leave the buy money in the trunk of the car, drive to the lot, back in and wait for the dealer. When the suspect arrived, the informant was supposed to wait for the suspect to show him the heroin, then go to the trunk of the car, open it and say our arrest phrase. At that point, we would all move in and make the arrests.

Every task force officer and agent emerged from their respective positions and started moving towards the suspect’s car, guns up, shouting, “Police! Don’t move!” The suspect, obviously startled by the sudden explosion of activity, started his car. As we all moved in closer, he started to rev the engine. One of the local police officers moved directly in front of the car. Police markings, badges and guns were all on display. Every officer kept yelling, “Police! Don’t move!”

The suspect decided it was time to drive off and the car started moving forward, right at the local task force officer. The task force officer did not have anywhere to go. With this imminent threat bearing down on him, he fired his Glock 9mm into the car windshield. The car kept coming, forcing the officer to jump out of way.

The car continued past the officer, who now was on the ground, then abruptly came to a stop. We all moved in to arrest the suspect. As we got him out of the car and handcuffed him, we checked for wounds but couldn’t find any. Another agent looked at the windshield and saw several holes in it on the driver’s side, but nothing on the suspect. In total, we found three holes and three rounds fired.
As the suspect was on the ground, he kept complaining of a pain in his right foot. As we checked his right foot, we found some blood in his shoe area. Further examination found a small piece of shrapnel that was lodged in his right ankle. We were lucky; had the round not splintered and sent shrapnel south into his ankle, he would have kept on driving. —DM, NY 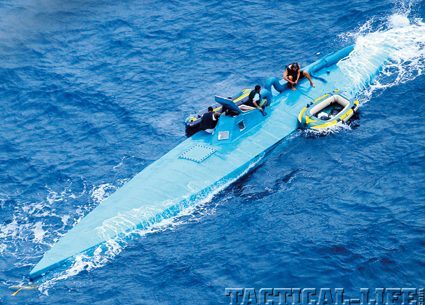