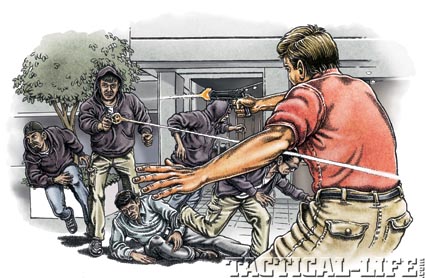 I was off duty with my family in a local mall. As a veteran officer, I felt well trained and always carried off duty. I had practiced situations with my family to ensure they understood what to do and how to respond if something ever happened.

As we entered the mall by the food court area, I noticed something unusual going on. Several young males seemed to be loitering around the front of one of the stores. They weren’t doing anything
blatantly unusual, but they all gave off the impression that they were waiting for something. My cop sense went off, but we continued into the mall.

Within a few minutes, I noticed that the suspect individuals started moving towards another individual who was in the central area of the mall. They closed in and started attacking the lone individual. He was outnumbered and it looked like he was going to sustain a horrendous beating. My wife said that I needed to intervene before he was killed. I told my family to move to cover, call 911 and let them know that I was an off-duty officer who was intervening.

As I moved toward the brawl to try and separate the individuals, I suddenly noticed one of them start to pull a gun out and point it in my direction. My training kicked in and I reached for my pistol. He fired at me. I returned fire, dropping him in his place.

As the shots rang out, chaos erupted in the mall and people started to run. As the suspects involved in the brawl started to run away from the scene, I kept my weapon trained on the criminal who shot at me. I also noticed that the individual they were beating lay on the floor unconscious.

While this was going on, my family had done as instructed and moved away from the area and took up a position of cover. As the brawl happened, my oldest child had laid the youngest on the floor and covered them. He also called 911 and gave a live “play-by-play” to the 911 operator, including the fact that Dad was an off-duty law enforcement officer that had requested police backup. My wife and family were safe.

I will always carry off-duty because you just never know. When chaos erupts, muscle memory does kick in and you will resort to your highest level of training. Just as you train yourself, it’s important to have a plan for your family and make sure they know what to do. —GK, AL 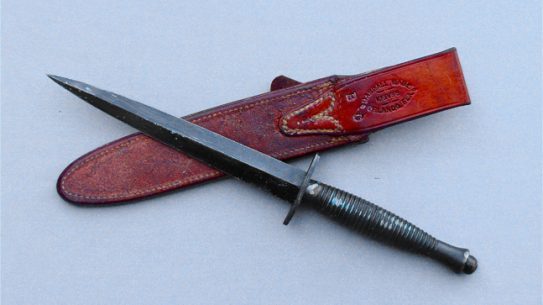