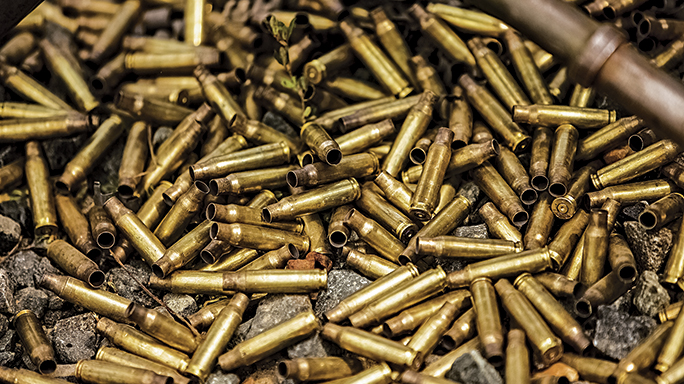 On March 31, 2008, deputies from the Richland County Sheriff’s Office approached the hilltop conclave of the perpetually disgruntled Robert Bayliss to deliver a simple civil process.

They had hoped to serve the recluse, when he came to town, knowing that he was heavily armed, but the survivalist had not left his home all winter. The process resulted from his refusal to pay property taxes since 2000.

Before the deputies even reached the Bayliss property line, Bayliss fired 15 rounds from a high-powered rifle at them, sending the deputies scampering for cover. Thus began one of the most prolific law enforcement gun battles in Wisconsin history since the Purvis-Dillinger bout of 1934 at Little Bohemia.

In an effort to break the stalemate, a Richland County deputy who had established a rapport with the angry loner over the years hopped into the front passenger seat of a BearCat armored vehicle. The deputy planned on establishing contact with Bayliss to convince him to come out peacefully. As the BearCat rumbled toward the bunker, Bayliss fired his high-powered rifle and the round struck the window of the BearCat directly in front of the face of the deputy. That round was followed by more rounds that ricocheted off the sides of the armored vehicle. The driver soon disengaged.

On April 3, 2008 at 4:52 p.m., a tactical plan was put into motion. As three BearCats moved into position, Bayliss brought more fire upon law enforcement officers. Officers returned fire, concentrating on and around the windows Bayliss was shooting from. As the armored vehicles moved closer, Bayliss began lobbing homemade explosives out windows at them. A sustained and continuous exchange of gunfire lasted for 12 minutes. One officer present later said, “It was like a war zone.” Meanwhile, SWAT grenadiers launched 50 canisters of non-burning chemical munitions into the structure in an attempt to make Bayliss’s continued resistance untenable.

It is believed that during this exchange Bayliss dropped one of his homemade firebombs, starting a fire, which spread through the small fortress quickly. Officers watched helplessly as the negotiators pleaded over bullhorns for Bayliss to save himself and come out.

When everyone thought Bayliss must certainly be overcome, he suddenly popped out a window and climbed onto a roof. The wannabe-cop-killer made it across the roof and onto a ladder he had put in place before the standoff. As Bayliss climbed down the ladder, officers could see his hands were empty, but they noticed he still possessed a holstered handgun. One loudly warned others, “He’s got a gun on his hip!”

Another called out, “Look out boys! He’s going to hit the ground shooting!”

A resounding chorus rang out from officers covering the suspect, “Drop the gun!”

Bayliss grimaced from two perfectly placed thigh hits and stopped a few rungs from the ground. With his fingertips on the butt of his pistol, he carefully slipped it out of the holster and tossed it. With that done, he gave up the fight and followed the directions of the arrest team. The raging gun battle was over—without a single casualty.

The investigation revealed Robert Bayliss had more than 90 weapons in his home and fired more than 200 rounds from a .300 Win Mag rifle. He threw 30 homemade incendiary grenades at the officers. Officers returned fire with 150 rounds of ammo and 50 rounds of chemical munitions. Casualties were avoided because all involved effectively used cover throughout. Officers were shielded by BearCats. Bayliss had prepared for an armed confrontation by reinforcing sections of his walls with steel plating, which were shell-pocked but intact.

The chemical munitions and the fire, along with the two thigh-bruising less-lethal rounds, combined to inspire the capitulation. As for Bayliss, his current home is now not only heavily fortified, but also tax-free. He is serving a 48-year sentence in Waupun State Penitentiary. —DM, WI 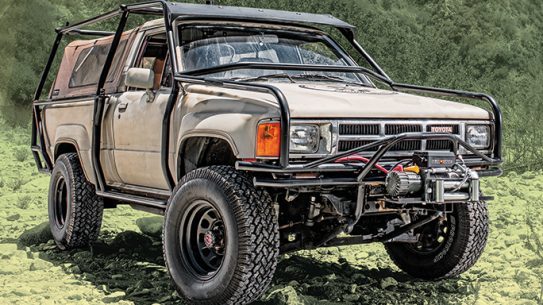 The unbreakable nature of a first-generation 1986 Toyota 4Runner makes it extremely sought after...