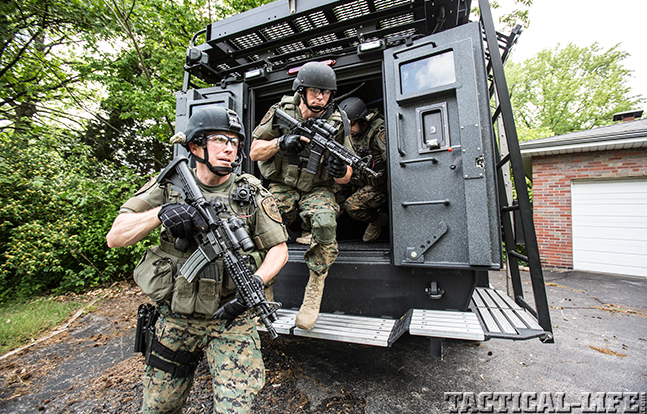 I was a young SWAT officer being briefed on a callout that we’d all been expecting, as the team commander had previously told us it would probably be going down this particular evening.

One of our undercover detectives had made a drug buy from a dealer the night before, and had made arrangements to get a bigger buy this evening. The detective was at the briefing and told us that the night before he’d met the dealer in his van. He’d been seated on the passenger side and warned us that the dealer had a small-caliber semi-auto pistol in his right hand the entire time he was with him. He hadn’t pointed the gun at him, but he’d had it ready in his hand—that was his level of paranoia.

The plan was for the detective to meet with the dealer again, wearing a wire, at a location that would be disclosed to him at the last moment via cell phone. He would in turn phone the SWAT commander and advise us of the location. We would trail the detective and choose a nearby blind spot to park our SWAT truck and wait for him to give a verbal signal to detectives monitoring his mic, who would give us the signal.

Due to the danger of the situation, the undercover detective was to approach the suspect on the driver’s side of his van and strike up a conversation, where he could quickly disengage so he wasn’t in the line of fire. We would swoop in behind the dealer’s van, approaching it on both sides. One officer was to smash the passenger-side window with a baton. I was assigned to approach with him and cover the suspect while he smashed the glass. I was armed with a Remington 870 pump-action shotgun loaded with 00 buckshot.

We were all seated in the truck behind a nearby business when we got the signal. The driver sped around in the parking lot, stopping abruptly, and we piled out. The takedown went according to plan, until the officer with me swung the baton out of left field, only to have it clink harmlessly off the glass of the passenger window. I had the dealer in front of the bead on my barrel; I could see he was alone, and he locked eyes with me immediately upon hearing the baton strike the glass, looking quite startled. Other SWAT officers were yelling, “Police! Don’t move!” as I saw the baton whip back into my field of vision again. I couldn’t believe it, but the officer had failed to break the glass again! Finally, on the third strike, the steel shattered the glass. There was a moment when time froze; I could see the dealer take his eyes off of me for a second and glance down at his lap and then back at me. In that moment, I knew he was thinking about using his gun.

I yelled, “Don’t do it!” Slowly, the dealer’s hands went up, and SWAT officers ripped him from the van, securing him with flex cuffs.

It was over, but my adrenaline rush and pounding heart wouldn’t return to normal for about a half-hour. The failed attempts at breaking the window, giving the suspect more time to react, had really stressed me far beyond what I normally would have experienced. But these things often don’t go according to plan, and you have to be able to adapt to the situation and prevail. —MB, OK 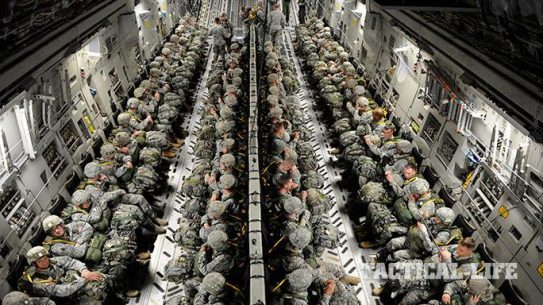 The Army is delivering technologies to the Global Response Force that enable the unit...