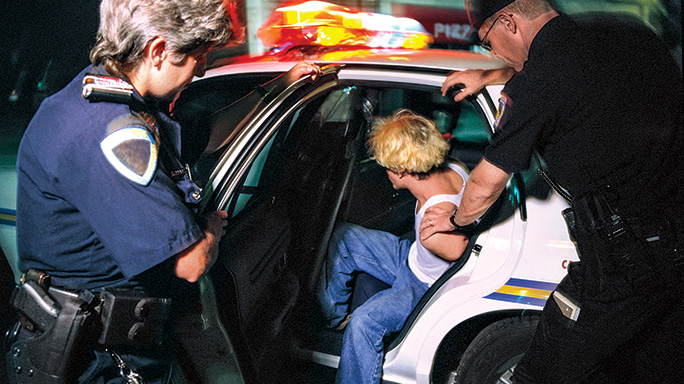 “The parents then informed the other officer and me that their son had been experiencing some mental health issues, and that he had been off of his medication for the past two weeks.”
(Photo by Brand X Photos)
Comment(s)

We responded to a disturbance at a local bar. It seemed like every time this bar had a live band, there was trouble.

Tonight was no exception, except this time the disturbance involved a fistfight between two brothers. Both brothers were very intoxicated but refused to press charges against each other. We were backed up on calls, so the girlfriend of the oldest brother took him home while I gave the other brother a ride back to their parent’s home, which is where he lived.

Another officer and I were at the residence within a couple of minutes, and the parents let us in. I could hear yelling and pounding coming from the basement area. The parents stated that the younger brother was in the basement by himself and that there were no weapons down there.

This house was built in the 1960s and had steep, narrow stairs. As we reached the top of the steps, I called down, and the younger brother responded with a guttural cry that was unintelligible. The parents insisted on trying to reason with their son, who only responded to them with fits of rage. The other officer stayed at the top of the steps to keep the parents back while attempting to speak with their son.

I was just far enough down the stairs to see into the right side of the basement. There in the middle of the floor was the son holding the leg from a broken coffee table. He was holding the table leg by the bottom, and there was a long, metal bolt sticking out of the top. The bolt was obviously where the leg had been previously affixed to the now destroyed table.

The son was now babbling and yelling incoherently as he was pacing back and forth. I didn’t want to agitate him any further, so I spoke to him in a calm manner. I asked him to put the table leg down and talk to me. The son glared at me momentarily and then let out another guttural growl. He raised the table leg in the air and started towards me. There was nowhere for me to go, even if I wanted to, and I knew that I had to end this situation.

Wielding the table leg like some medieval club, he was just a few short feet from me when I noticed that I was now looking at him through the front sight of my pistol. He took two more steps in my direction and then stopped. He glared at me for several more seconds with the table leg poised over his head, neither of us saying anything.

After staring at each other for what seemed like an eternity, I ordered him to drop the table leg. He stared at me for a few more moments and then finally complied. I had him face away and walk backwards towards me. I then handcuffed him and searched him for weapons.

The parents then informed the other officer and me that their son had been experiencing some mental health issues, and that he had been off of his medication for the past two weeks. We transported their son to a hospital a short time later without incident.

About three years later, I ran into the son when responding to a call. This time the son was sober and had been properly dealing with his mental health issues. Surprisingly, he remembered quite a bit about that night. He confessed that he had intended to attack me with the table leg until he looked me in the eye. He told me that he could tell that there was no doubt in his mind that I was going to shoot him if he didn’t comply. He then shook my hand and thanked me for giving him a chance to give up. —DL, OH 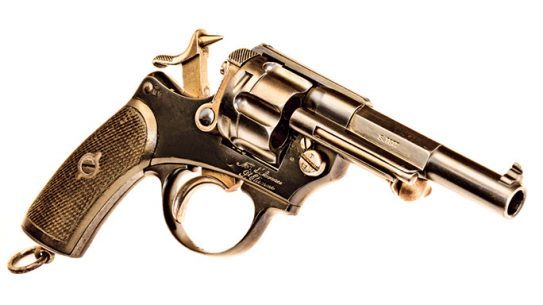