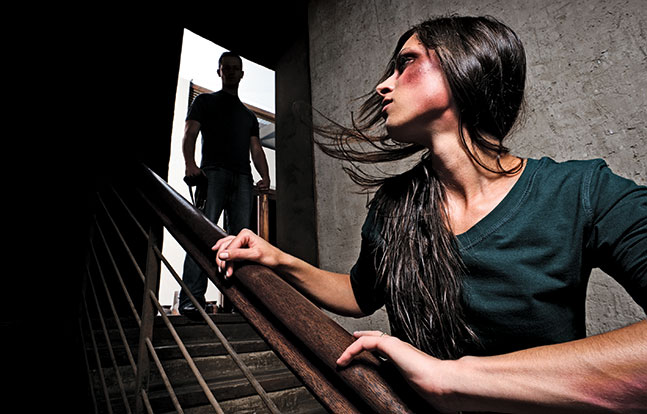 It Happened to Me: Shot Fired During Domestic
Comment(s)

In November of 1992, I was working as a patrol officer in a large metropolitan police department in southern California. I was actually only one day off of my initial one-year probationary period, and my future wife was doing a ride-along with me.

I was dispatched to a domestic, and upon arriving at the location, I exited my patrol car and approached the small row of run-down apartments. As I made my way up the sidewalk, a woman ran out of one of the apartments toward me, yelling, “Get him away from me, he’s beating me!”

As the woman ran toward me, a large male walked out behind her, and my attention moved primarily to him. I engaged him and asked him what was going on, while telling the woman to calm down. I could immediately see that he was heavily intoxicated. I asked that he turn around and interlace his fingers behind his head so I could check him for weapons. He seemed to begin to turn in compliance, but as soon as I grabbed one of his arms, he whipped around toward me and began trying to wrestle from my grasp.

At the time, we were issued CS spray; I withdrew it and began to spray him in the face. As I did so, he grabbed my wrist with both hands and actually turned the can and nozzle toward my face, causing some of the spray to hit me in the eyes. I managed to work my way behind him and grabbed him around the neck. I tried to grab my radio mic with one hand and broadcast an “11-11!” (officer safety compromised, backup needed). In my struggle to manipulate the mic with one hand and control the suspect with the other, the transmission was garbled, and it gave the suspect just the opportunity to break free and run back to the apartment, where the door was still standing open.

Eyes burning and struggling to see, I ran in after the suspect and caught up to him as he got to the kitchen sink inside the small apartment, where there were a number of knives. I grabbed the suspect again, attempting to pull him away from the sink. Having about 40 pounds over me, the intoxicated suspect was quite difficult to control. I drew my PR-24 baton and struck the suspect in the leg and side a few times, though I couldn’t get much power into the strikes since the suspect had pulled me closer to him by the arm I was using to grasp him.

At some point, with my baton in my right hand, he had shifted both hands to the baton, one above my hand at the long end and the other at the handle, below my hand. He began trying to wrest it from me, and his strength with two hands to my one was overwhelming. Though I maintained a grasp of the baton, he’d gained control over it.

At that point, I heard the wife screaming at me from behind, and as I turned to look, the suspect broke the baton free of my grasp; I shoved him away hard, drew my issued Beretta 92 pistol and warned him to drop it or I would shoot him. He was, by then, standing with his back to a mini-refrigerator. His response was to raise the baton over his head in an overhand grasp with both hands. I fired one round, which struck him in the upper thigh. He fell to the floor and exclaimed, “You shot me!”

The cavalry arrived, the suspect was taken into custody and charged with assault with a dangerous weapon on a police officer, and an investigation ensued. The 124-grain Hydra-Shok bullet would be recovered lying atop a beer can inside the mini-fridge. The suspect and wife’s blood were drawn, and he had a 0.11 blood-alcohol concentration level, and she was found to have PCP and meth in her system. My fight with the suspect had lasted over four minutes from the time I called in the “11-11” to the time that it ended as backup officers arrived. The suspect had a criminal history, which included assault and battery on a police officer, resisting arrest and multiple violations of protective orders.

I was found justified in the shooting, no charges were filed, and the suspect filed a suit, which went to trial four years later. The couple made outrageous false claims on the stand, which they had obviously orchestrated prior. My attorney queried each of them as to whether they knew their interviews directly after the incident had been recorded by investigators. Their stories didn’t match the recorded interviews, and their case fell apart, once again exonerating me. 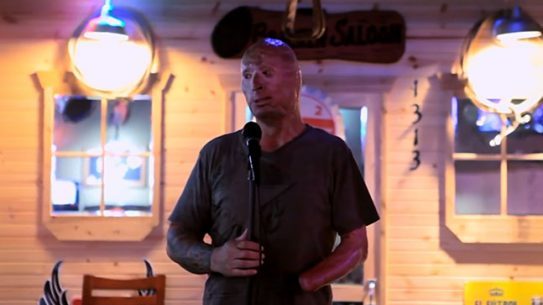 More than 38 percent of Bobby Henline's body was burnt during a roadside bomb...