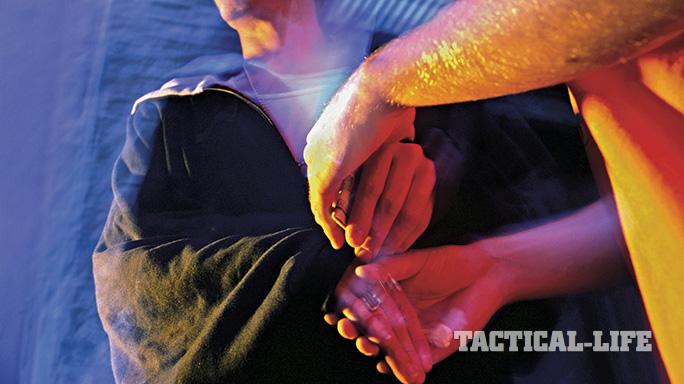 I was working as part of a narcotics unit in the Los Angeles area. My partner, who was driving, and I were heading to one of the narcotics clues he was given by a member of the community.

While we headed to the area, my partner and I noticed two male gang members approaching each other on a street corner. When they met, one of the gang members handed a baggie containing what we believed to be narcotics to the other. At the same time, the other gang member handed him some cash. After their transaction, they both paused and looked our way.

Now, we were driving in an undercover vehicle, so they couldn’t have known that we were police. My partner turned down the street away from them and asked if I saw what had just transpired. I told him I did. We both decided to go around the block and detain them for a narcotics investigation.

When we went around the block, we started talking about our tactics and what we would do if they ran. As we turned again down the block they were last seen, we could not find them. Finally, as we approached the corner where the transaction had taken place, we observed them standing in a driveway. They turned and looked our way, then began running down the driveway. My partner sped up our vehicle so we could catch them.

As one of the gang members ran, we both observed him reaching into his front waistband area—a common area where gang members hide guns. My partner started yelling, “He’s going for his waistband!” and stopped the vehicle at the mouth of the driveway.

I exited the vehicle wearing a black tactical armored vest with “POLICE” plastered on the front and back. I yelled at both gang members, “Stop! Police!” while seeking cover behind my door. Both gang members slowed down and turned around, walking backwards at a slow pace. The gang member who was reaching for his waistband lifted up his shirt to reveal a pistol in his front waistband. He began reaching for it again, saying, “What, b****!”

Time slowed down for me. I began thinking, “Oh no! Why didn’t I exit the vehicle with my gun drawn? He got the drop on me! Pull your gun out!” Then, thanks to the training my department had given me, I drew out my trusted Glock 21, obtained a quick front sight picture and fired at the gang member.

I struck him once in stomach, dropping him to the ground. The second gang member ran, disappearing behind the house. I ordered the wounded gang member to stay on the ground and keep his arms and legs spread out. I couldn’t hear the rounds I fired, but I could hear the muffle of my partner putting out over the radio our “Shots fired, officer needs help” call over the radio. I had my radio wired to my earpiece, but I couldn’t hear the broadcast on the radio. My partner took cover behind a vehicle while watching the side of the house.

I asked him, “Are you putting out the broadcast? Because I’m not picking it up.” He said he was and attempted to put it out again. Again I didn’t hear it, so I had to take a deep breath and put out the “Shots fired, officer needs help” call. Then, after what seemed like an eternity (despite only being a few seconds), we heard the sirens of responding black and whites. It seemed like the world responded to our help call and the officers did a great job of setting up a perimeter and containing the situation. We set up an arrest team and took the fallen gang member into custody and transported him to a local hospital. After about a six- to seven-hour-long perimeter, the second gang member was not found. However, it’s an amazing feeling to see how many officers respond when you need help, and how well we work together in any circumstance. —MS, CA 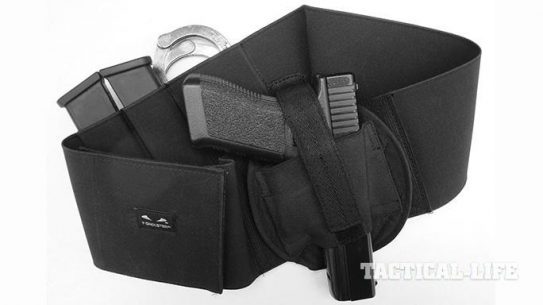 The 360BBH from T-Sholster is an ambidextrous, multidirectional holster that features a Velcro-backed universal...