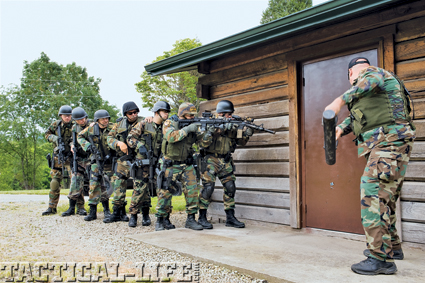 While attending an advanced SWAT school in California, the differences in how teams from different states serve warrants became painfully obvious. Warrant service was the culminating exercise. As a sergeant at the time, it was my task to put the operation together for our team. While briefing the team in front of the entire class, many confused looks cropped up. My operation included a “stealth to contact” (sneak up on them) movement to the door with a dynamic entry with no warning. Well, it was pointed out to me that in California, “no knock” warrants are almost never issued without respect to the threat. That was interesting, because in Utah, SWAT teams seldom serve warrants that are not “no knock.” This is a critical distinction because the tactics can be very different.

Prior To Entry
For a warrant to be lawfully served, it requires officers to announce their presence and provide those being served the ability to open the door, or otherwise comply, prior to entry. It is a common law principal that goes back hundreds of years and is pretty well established in the federal code, and most state criminal procedure codes as well. It is generally termed a “knock and announce” warrant. Officers must announce their presence by knocking on the door and stating who they are. After a certain period of time barring compliance, they can enter without further delay or notice. In The United States V. Banks, the Supreme Court determined that 15 to 20 seconds was reasonable. These are often served in daytime hours, but not always.

Given some exceptions, a judge can waive the need to either knock or announce prior to entering. The exact degree differs from jurisdiction to jurisdiction, but for the most part, it is based on three things. First is a danger to the officers serving the warrant. If the judge deems it will put them at risk of serious harm, the knock or announce requirement can be waived. Secondly, if there is a chance that critical evidence will be destroyed during the time it takes to announce prior to entry, the requirement is waived. Lastly is the possibility of escape. It can be one or any combination that convinces a judge to remove the need to knock and announce. These generally allow for service at night, or all hours, but can be served during the daytime. As a rule, these entries are reserved for the most dangerous of felons and cases where escape or destruction of evidence is critical. This is often the most common task a SWAT team performs. 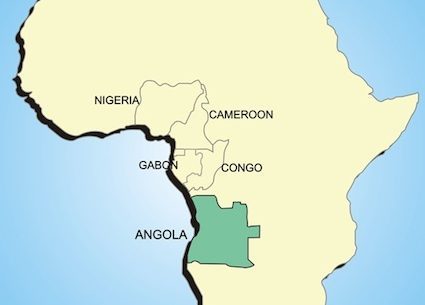 Sean Utley photo While attending an advanced SWAT school in California, the differences in…