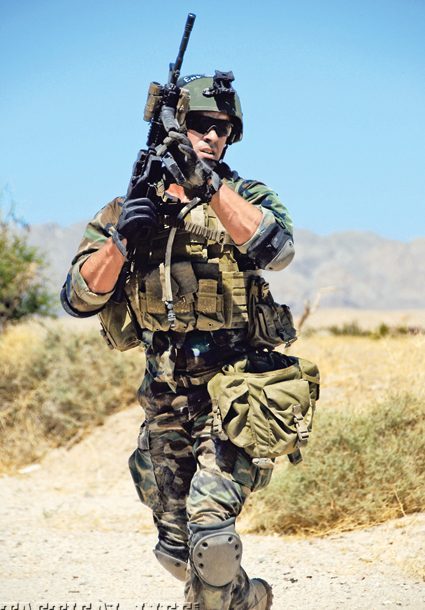 Colorful military language has always been part of our American culture, and some of the phrases get right to the point—unlike most double-speak expressions from government sources. Acronyms like “SNAFU” and “AWOL” tell it like it is. So does the label and stamp that says, “Need to Know.”
“Need to Know” is the security cut-off, the locked door, the roadblock that keeps high-level secrets from the wrong hands. If you’re not on the “Need to Know” list, then you “don’t know Jack.”

As far as your TW writers and editors are concerned, all our readers have “Need to Know” status. And since the White House and Pentagon seem determined to hand out details of one of the most important military operations in history in a manner that can best be described as “dribs and drabs,” we are highlighting this issue with our own deductions of what we know about the Bin Laden takedown.

Our starting point is the assumption that SEAL Team Six operated with the same weapons and tactics they train with. You’ll find that subject to be fascinating reading in the pages ahead, including a Special Report on the top-secret, radar-proof Stealth Hawk MH-60 chopper that took the SEALs in to take Bin Laden out. And if you’re thinking that The Gunny probably has some interesting comments on the Bin Laden raid, you’d be dead right.

This special “Counter-Terror” issue bristles with firepower, with detailed features on nine new guns you definitely need to know about, plus a roundup of “Jump Guns of the Elite,” featuring the airborne arsenal of weapons that fold, collapse and slide so they jump small but fight big.

The eight guns we wring out in test-firing include two sniper specialists—the .308 Perseus Precision, a surgical sniper with a 3/8-MOA guarantee, and the Savage 110 BA, a tactical tack-driver in .338 Lapua.
We throw a torture test at the “Cadillac” of AR black rifles, the LWRCI M6A2, DEA-approved for duty, that may be the most accurate piston-driven 5.56. Another black rifle in the spotlight is the new limited edition of the ArmaLite AR-10, now the AR-10A4 BSNF with match-grade barrels and national match trigger.

In our “Shotgun Retrofit,” a battle-scarred Remington 870 pump is transformed into a “Wilson Combat”-hardened powerhouse, a new-age scattergun ready to clean rooms and mop up mean streets.
Our Agency Spotlight centers around Buckeye, AZ S.W.A.T. and their KRISS Super-V SMG.

Not finished with military firepower, we also have the awesome K11 hybrid grenade launcher, which puts enemy faces in the dirt with 20mm airbursts and 5.56x45mm AR fire. To lay down even more Infantry AR fire, we introduce the 150-round SAW-MAG, Armatac’s STANAG-compatible, double-drum AR feeder. Fighting handguns are covered in the rundown of the HK45C, just what the elite SEALs ordered. Plus the thoroughly tricked out AR SBR on the cover, designed by a SEAL after his duty piece.

Our S.W.A.T. tactics and training features are led by “Firefight Transitions,” a top pro’s in-depth look at CQB firearms training.

By the time you’re finished, you’ll be glad we gave you everything you needed to know. 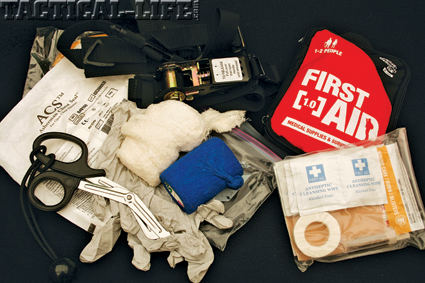