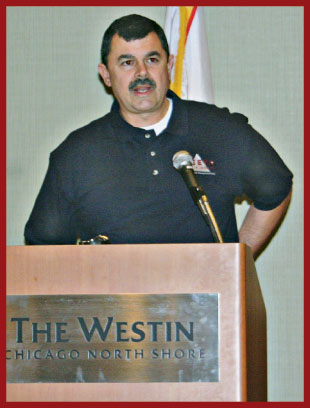 The “best and the brightest” continue to enhance officer safety.  Key lessons for victory are brought home with five actual cases cited by some of the world’s most experienced police trainers.

ILEETA, the International Law Enforcement Educators and Trainers Association, was created a few years ago by Ed Nowicki, who was also co-founder of the American Society of Law Enforcement Trainers (ASLET) in 1987. Starting out as a Chicago street cop, Nowicki worked plainclothes and narcotics, eventually becoming chief of police and, for a while, an elected judge. 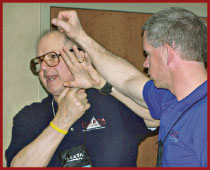 However, six line-of-duty shootings notwithstanding, Big Ed earned his greatest reputation as a trainer of other cops. Each year, he and his crew put together a top-flight team of instructor-trainers from around the world to enhance the knowledge and instructional skills of hundreds of law enforcement trainers, more than 750 of whom attended the 2007 annual conference in Wheeling, Illinois, recently.

During high-risk takedowns and warrant service, the importance of staying with the plan was emphasized. In Case One, shortly before the conference, a Federal agent had been killed by mistake by a brother LEO (law enforcement officer) as they closed in on a group of heavily armed bank robbers.

It was alleged in the press that the slain agent had moved forward past his designated position too early in the takedown, perhaps setting the stage for the tragic mistake of identity. The press was comparing it with Case Two in the ‘80s, the last time a member of that particular agency had been slain in the field by “friendly fire.”

In that case, a rookie agent in plainclothes had left her designated perimeter post and rushed into a “hot” arrest scene with her gun drawn. Mistaken for a second armed perpetrator and not responding to verbal commands, she had been shot and killed by brother agents.

Henk Iverson, a highly experienced police and military gunfight veteran from South Africa who is now teaching in Illinois, invoked Case Three. A location was raided by a designated squad who was entering from the front, and an over-eager member of the support squad entered from the back.

He came face-to-face with a member of the entry team who, unable to recognize him in the hostile surroundings, put a burst of four 9mm rounds from an MP5 submachine gun into his chest. In that case, fortunately, level III armor stopped all the bullets, saving the life of the officer who had jumped ahead of the plan.

We can never be too complacent to take our emergency gear to work with us. Police chief Jeff Chudwin ran a squad car videotape of Case Four, a shooting in which the initial responder was wounded, but took cover and calmly kept engaging the still-armed cop shooter, who was solidly ensconced in a stopped truck.

As other officers responded, the cry “Where’s your AR15?” could be heard. No AR15 was there. The firefight continued, with the initial officer emptying some three magazines from his high-capacity 9mm duty pistol, until a brother officer, who did bring his patrol rifle to work, arrived at the scene. This well-prepared officer promptly blasted the would-be cop-killer out of the truck with well-aimed .223 fire. 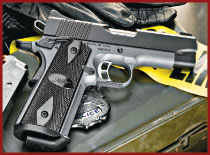 Off-Duty Considerations
The ILEETA conference was just getting underway when the mass murder of 32 students took place on the Virginia Tech campus, reminding all in attendance of the importance of off-duty carry.

Col. Bob Lindsey (Ret.), a veteran of multiple armed encounters both on- and off-duty, explained subtleties such as why he prefers chairs to booths in restaurants: One foot placed casually beside the chair poises the officer to keep his balance and if necessary launch himself upright and forward if an attack comes while he or she is seated.

Much under discussion was Case Five from a few months before, where an off-duty Ogden police officer engaged a mass murderer in a Salt Lake City shopping mall, stopping the killing and pinning the heavily armed gunman down until a SWAT team could arrive and finish the job.

This officer had reportedly run his eight-shot Kimber .45 out of ammo by the time the cavalry got there; he had been carrying no spare ammo. A
theme repeated by many of the master trainers was, “Carry a gun and spare ammo whenever possible.” Jeff Chudwin uttered a statement at the seminar
that will probably become a classic: “You may be off duty, but you’re
never off watch.” 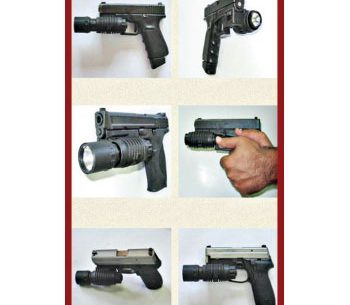 The “best and the brightest” continue to enhance officer safety.  Key lessons for victory…