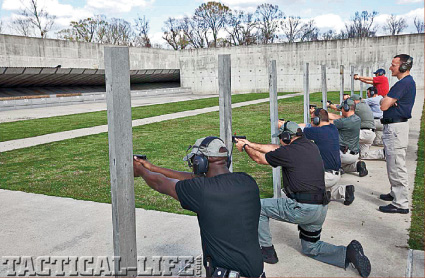 On the afternoon of April 21, 1993 local prison guards located a suspicious vehicle near Walker Mountain, 2 miles north of Ouachita Correctional Center in Hodgen, Oklahoma. Deputies from Leflore County Sheriff’s Office responded, and located a man and a vehicle. Upon their approach, they observed that he appeared to be changing clothing. He was, in fact on the FBI’s top most wanted list, and was actually donning a ballistic vest. 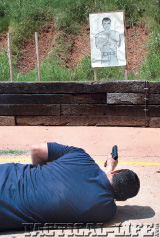 One of the deputies, a young Ross Parkhurst, was still in-field training and out of the academy for less than 45 days. He was riding in the passenger side of a sheriff’s cruiser at the time. Parkhurst’s attention was on the vehicle when the suspect somehow managed to get the drop on him, and order him at gunpoint to get out of the cruiser and onto his knees. He complied, and at that moment, his Field Training Officer, the Under Sheriff, had come around behind the patrol car, and drew the suspect’s attention from him for nary a second.

From his kneeling position, Parkhurst ripped his .357 Mag revolver from his duty holster and fired four rounds into the center of the suspect’s chest, but didn’t see the desired effect. He employed his recently learned “failure to stop” drill, raising his gun and firing two more shots to the head, striking the perp in the cheek and neck. Amazingly the suspect survived, but Parkhurst’s carefully placed shots took enough of the fight out of him that Deputies were able to subdue him.

Oklahoma’s Council on Law
Enforcement Education and Training now teaches a drill that re-creates the circumstances of the shooting, including the kneeling position and failure to stop drill. The drill brings up three important aspects of training to shoot for survival in a combat situation: adapting one’s shooting position, where to aim for neutralization of the attacker, and adjusting shot placement in the event of a failure to stop the threat. 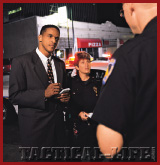 On the afternoon of April 21, 1993 local prison guards located a suspicious vehicle…