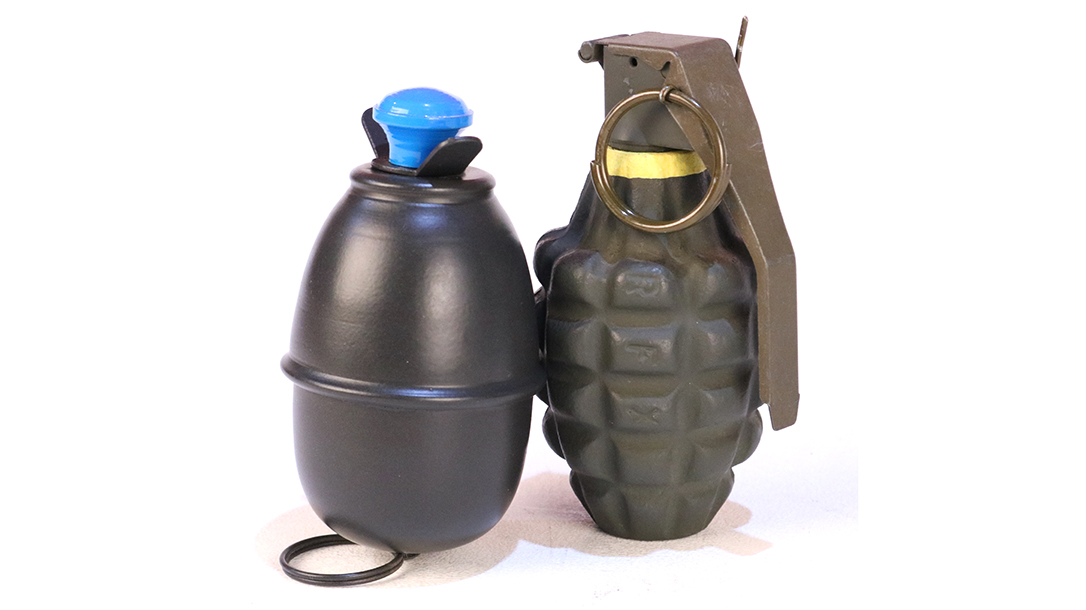 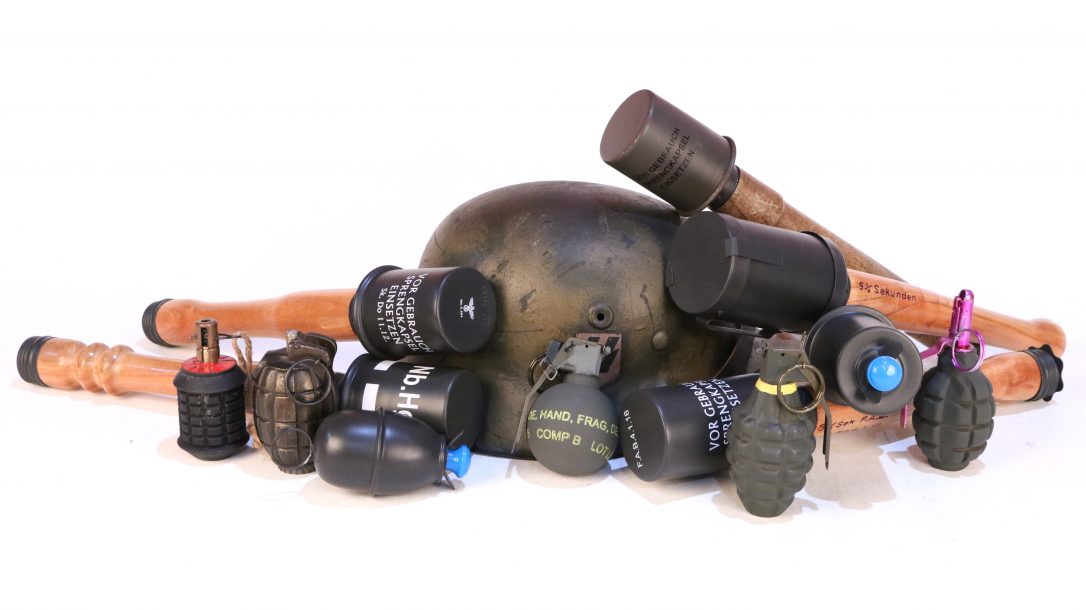 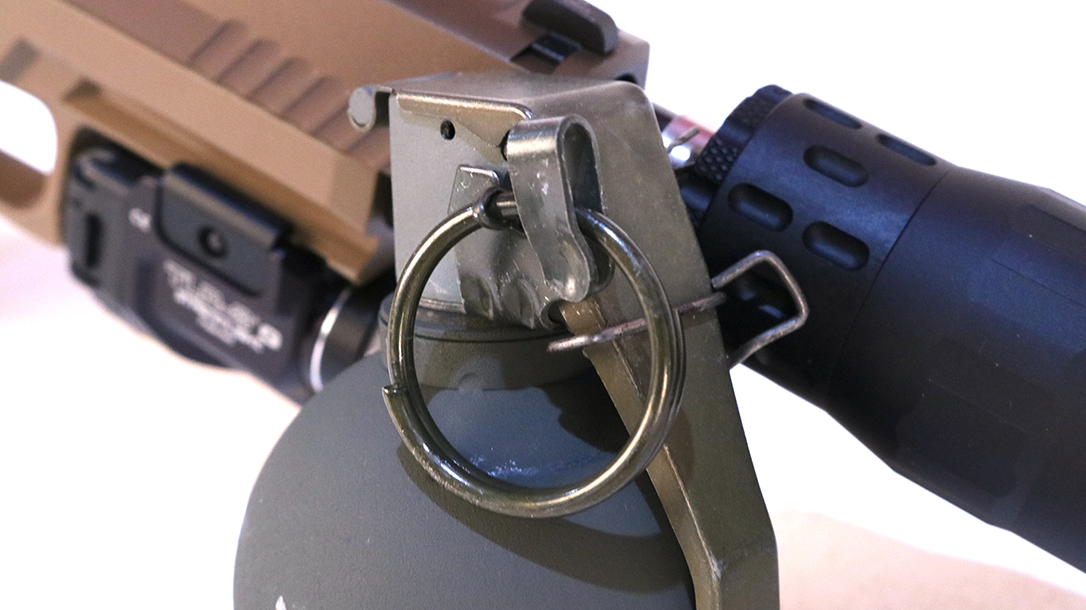 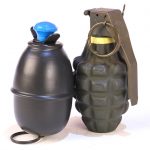 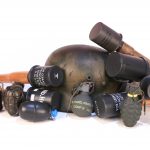 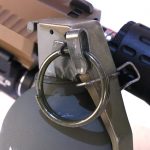 The earliest hand grenades were merely ceramic jars filled with Greek fire that dated back to the eighth century Byzantine Empire. The term “grenade” is drawn from the French word pomegranate. As with all contrivances we humans use to rend the mortal spark from one another, the state of the art has advanced substantially through the centuries. The hand grenade as we appreciate it today did not really come into its own until the First World War. Continued developments ultimately gave us the M67 Fragmentation Grenade in use today. 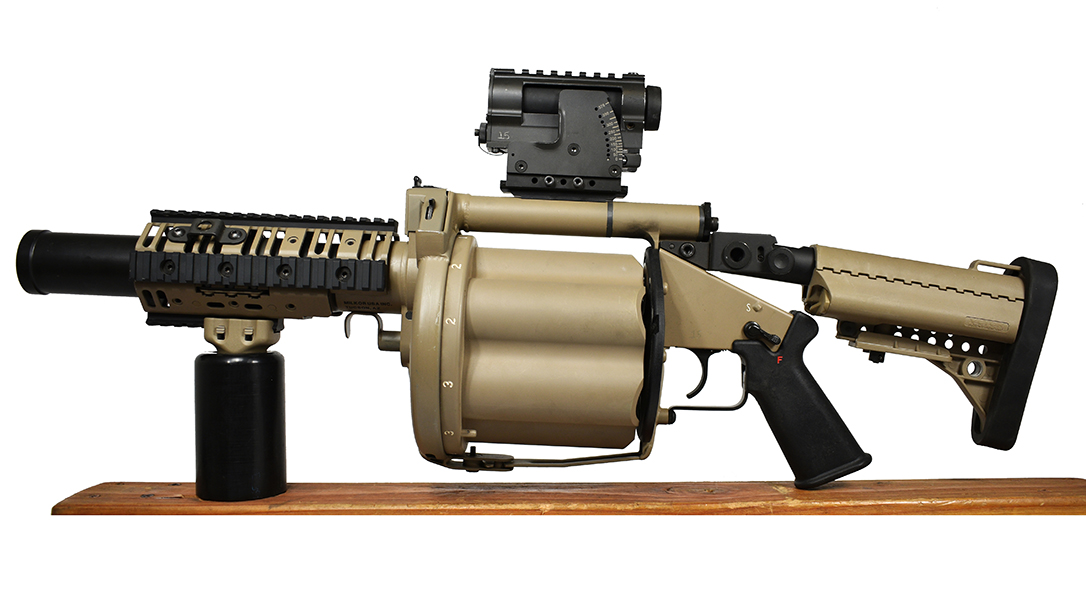 Evolution of the M67 Frag Grenade

As recently as 1902, the British War Office declared hand grenades to be unduly dangerous for Infantry combat. Apparently nobody mentioned that to the Bosche, so the Imperial Germans perfected the early Stielhandgranate or stick grenade in 1915. The German stick grenade used a friction ignitor to initiate the time fuse, something that was unusual among modern hand grenades. From 1915 throughout World War II, most German stick grenades featured a hollow handle with a pull cord ending in a small porcelain ball. To fire the grenade, the soldier unscrewed a cap on the end of the stick, grasped the porcelain ball, and gave it a mighty tug to initiate the time fuse. The handle allowed the grenade to be thrown farther than might otherwise be the case.

The British Mills Bomb was the first modern frag grenade. Also introduced in 1915, the Mills Bomb featured a pre-fragmented cast iron shell and a percussion ignitor along with the familiar external spoon. The Mills Bomb remained in service with British troops until the 1980s.

The U.S. military WWII-era Mk 2 was the familiar pineapple grenade that was such a staple in period war movies. Standardized in 1922 and consisting of a cast iron pre-fragmented body of 40 knobs in eight rows of five, the Mk 2 was filled with TNT or some comparable explosive mix. This grenade was used up until the early stages of the Vietnam War.

The Vietnam-era M26 Lemon grenade was about the same size and weight as the Mk 2 but featured a smooth sheet steel body over a pre-notched internal fragmentation sleeve. The M26 and its several variations were used throughout the Vietnam War until replaced by the M33 in 1968. A slightly-upgraded version of the M33, designated the M67, remains in use with U.S. forces today.

The modern M67 consists of a spherical roughly baseball-shaped steel body enclosing a pre-notched fragmentation coil and 6.5 ounces of composition B explosive. The all-up weight of the device is 14 ounces, and the time delay fuse burns between four and five seconds. A typical male soldier is expected to be able to throw the M67 between 30 and 35 meters. Lethal radius is considered to be five meters, with an effective casualty radius of 15 meters. The fragments can remain dangerous out to 250 meters.

The M67 includes four separate safety mechanisms. An external removable safety clip retains the spoon in the closed position. The pull ring attaches to the primary safety pin. Splayed slightly on the far end of the device, a steel safety catch provides secondary retention. The grenade spoon secures the internal striker in place.

Right-handed operators grasp the M67 with the fuse up and the pull ring facing inwards. Left-handed throwers grasp the grenade inverted with the fuse on the bottom such that the safety ring faces the operator underneath the device.

Using the weak hand, thumb the safety clip free and let it fall to the ground. Grasp the pull ring and twist it such that it disengages from the retaining clip on the fuse body. Now separate both hands such that the pull ring comes clear of the grenade along with the safety pin. The grenade is now armed. Only continued pressure over the spoon prevents initiation of the time fuse.

Pick something nearby that you dislike intensely and throw the grenade vigorously in that direction. Once clear the spoon will flip loose under spring pressure to release the striker and initiate the time fuse. The subsequent pyrotechnic delay should not produce an external smoke signature. Take cover immediately or it will suck to be you.

The detonation of an M67 grenade results in a substantial cloud of dirty black smoke and an omnidirectional sleeting of tiny steel fragments. Many to most theatrical representations feature some kind of petroleum additive so as to make the explosion seem more viscerally moving. Hand grenades in the real world do not produce a big ball of yellow flame. However, the concussive force, even under cover, can be impressive.

Arnold Schwarzenegger’s timelessly cheesy action movie “Commando” features everybody’s favorite California Governor trotting about lubed up and bulging like a shaved gorilla with hives. His tactical vest prominently features three M69 training grenades spray-painted OD and dangling from their pull rings via zip ties. The first time he bumps into something a couple of those rascals are going to pop loose and blast him straight to that Big Gymnasium in the Sky.

Many of the world’s more dangerous locales are just dirty with stuff like hand grenades. Innately consumable, grenades become terribly difficult to track once unleashed in a war zone. Let a few thousand of these diabolical little bombs get loose and they will keep turning up in the most unexpected places.

Should the COVID epidemic continue apace and evolve into a true zombie apocalypse, then knowing how to safely operate an M67 Frag Grenade might just be what separates the feeders from the food. If that is the case, do mind the details. Fail to disengage all the sundry safety mechanisms and you’ll just toss the “bad guys” a fully functional hand grenade. Don’t laugh—it’s happened before. Frag out! For more information, visit worldwarsupply.com. 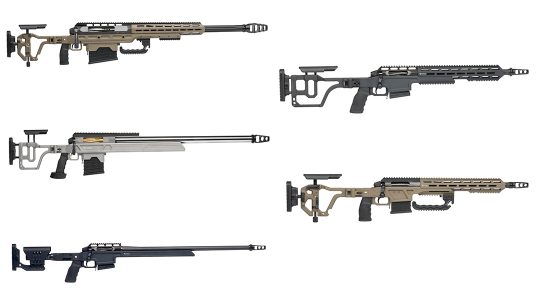 A partnership has named ZRODelta exclusive distributor for Victrix Armaments, bringing one of the...