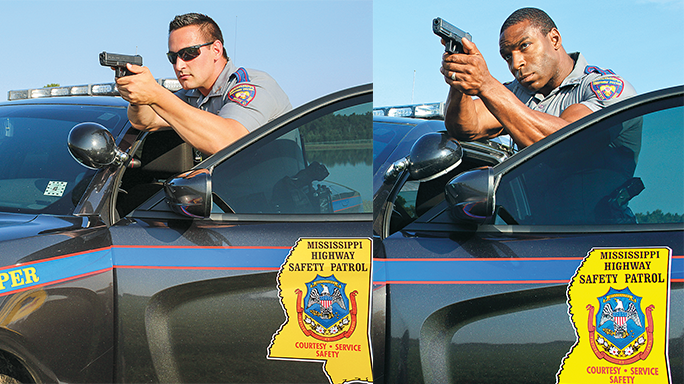 1 of 5
Magnolia State Sentinels: Mississippi Highway Patrol’s Glocks
The department’s transition to the G17 Gen4 has given MHP troopers a handgun that fits hands of all sizes. Since its introduction, qualification scores have dramatically increased, ensuring troopers are better equipped to protect state highways. 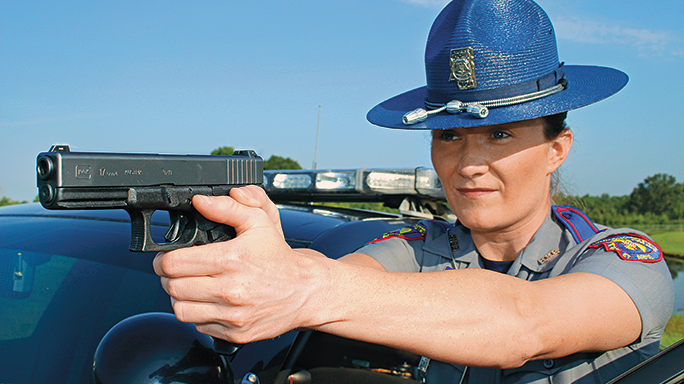 2 of 5
Magnolia State Sentinels: Mississippi Highway Patrol’s Glocks
The MHP has issued GLOCK pistols since 2000 and, like many agencies, has transitioned to the 9×19 GLOCK 17 Gen4. 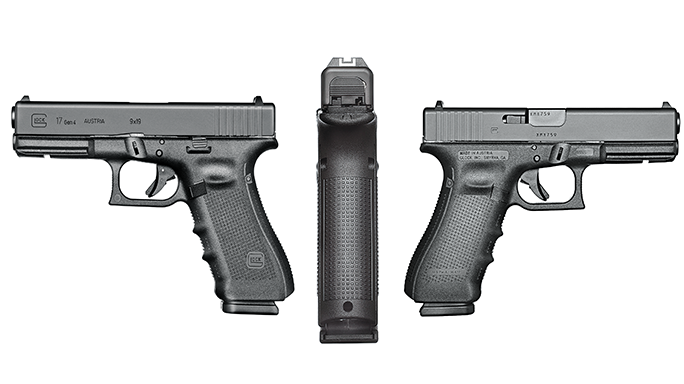 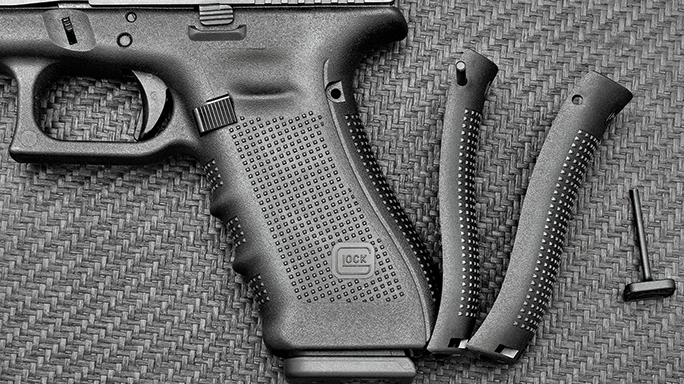 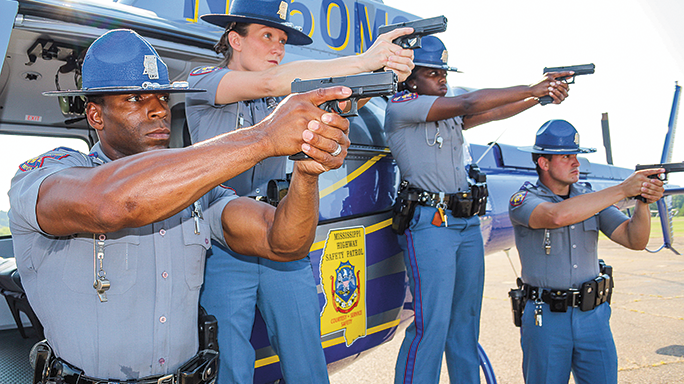 5 of 5
Magnolia State Sentinels: Mississippi Highway Patrol’s Glocks
The department’s transition to the G17 Gen4 has given MHP troopers a handgun that fits hands of all sizes. Since its introduction, qualification scores have dramatically increased, ensuring troopers are better equipped to protect state highways. 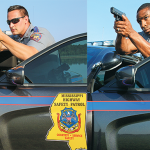 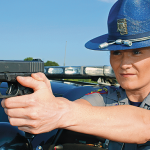 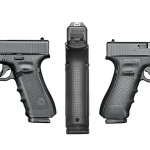 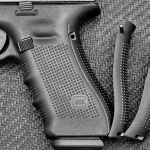 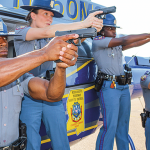 There are two things you can count on in Mississippi: the heat and the Mississippi Highway Patrol (MHP). From Gulfport and Jackson to Meridian and Tupelo, the MHP is responsible for some 20,000 miles of U.S. and state highways and another 3,000 miles of interstate. The MHP has jurisdiction over the entire state of Mississippi, and though its main task is to keep highways and roads safe, it has assisted numerous states in dealing with the aftermath of natural disasters, including New Jersey, Louisiana and Kansas.

The MHP also assists in locating missing children and aids other agencies in manhunts. The agency has an outstanding relationship with the sheriffs in each of Mississippi’s 82 counties, some of which are highly populated while others are very rural. At their side since 2000 have been Glock pistols, which have always proven to be dependable and accurate.

The MHP has issued Glock pistols in several chamberings over the years, ranging in caliber from the .40 to the .357. The pistols have been well received and are liked by troopers across the board. What is new for the MHP, and what other LE agencies are discovering as well, is the 9×19 chambering. Some 30 or more years ago, when LE agencies were transitioning from revolvers to semi-automatic pistols, the 9×19 earned a spotty reputation with many LE agencies that concluded it had inferior stopping power. Advancements in bullet design and ammunition technology have come a long way since that time, however, and the MHP is leading the wave of LE agencies that are transitioning to 9×19 sidearms.

“In testing, the 9×19 gave similar if not better penetration than the .357,” explained Colonel Donnell Berry, director of the Mississippi Highway Patrol. Colonel Berry became a trooper in 1980 and steadily rose through the ranks. Governor Haley Barbour promoted Berry to the rank of colonel in 2011, stating that “Berry’s knowledge of law enforcement guidelines, combined with his on-the-street experience, will serve him well as the head of the state’s highway patrol.”

“We understand that there are a lot of agencies looking to shift back to the 9×19,” said Berry. The switch to 9×19 means less felt recoil to get back on target faster for a second well-placed shot. It also allows officers to carry more rounds with better terminal performance. From an agency standpoint, the 9×19 is also less expensive than other chamberings, which allows for more formal training for the troopers.

“The 9×19 is a fraction of the cost of other chamberings, and when you look at tight budgets, that is definitely something you have to factor in,” Berry explained. “It all translates into better-trained troopers.”

The MHP has realized through ballistic testing and research that the 9×19 offers excellent penetration, less recoil and higher qualification scores from its troopers. The MHP’s previous transition from the .40 to the .357 came about due to reports that troopers were not getting the penetration out of the .40 they needed. The .357 offered better penetration, hence the move to that caliber. But troopers still had issues with the ammo.

Berry said, “Some of the criteria we looked at is sheet metal and glass penetration.” With its 9×19 ballistic data finally in hand, the MHP didn’t think twice about the pistol it would issue to officers starting in August of 2014. It would be
the Glock 17 Gen4.

Berry explained that the MHP has a diverse roster of troopers with different hand sizes. The G17 Gen4 was a seamless transition for them since troopers were very familiar with the pistol’s operating system and because Glocks are such user-friendly pistols. The ability to swap out the G17 Gen4’s backstraps helps give the pistol a custom fit for smaller officers’ hands.

“We are fortunate that we do not have to draw weapons very often,” Berry said. “This is ideal for law enforcement
officers. However, when we are faced with that situation, we have full confidence in the G17 Gen4.”

Mississippi has a way of pushing a person’s limits. The heat can be oppressive. “We have one of the most fit agencies in the country,” explained Berry. “Our physical skills are tested daily in the normal scope of our duties due to Mississippi’s heat, and we push our troopers beyond their perceived limitations. We show our troopers what they can do and not what they think they can’t do.” Currently, there are 517 sworn officers in the MHP, most of which are recruited predominately from local law enforcement agencies, U.S. military veterans and criminal justice majors from local colleges and universities.

Typically, MHP troopers cover two to three counties at a time, with the majority of their time being spent dealing with traffic accidents. Troopers stay visible and keep people safe on the highway and interstates. In 2015, an ice storm nearly crippled the state, and troopers were deployed to help drivers safely navigate the dangerous driving conditions.

The agency’s new G17 Gen4 pistols come stock from the factory. The only additions the MHP requested were night sights and custom engraving that identifies each pistol as an MHP sidearm. Berry explained that troopers are happy with the G17 Gen4s, and he is pleased with their biannual qualification scores. In fact, scores have gone up since the transition to the agency’s new Glock pistols.

“Some troopers had difficultly in the past,” said Colonel Berry, “But with the Glock 17, we have seen scores dramatically increase. We have been very pleased with Glock pistols in the past and we’re certain the G17 Gen4 will perform efficiently.” 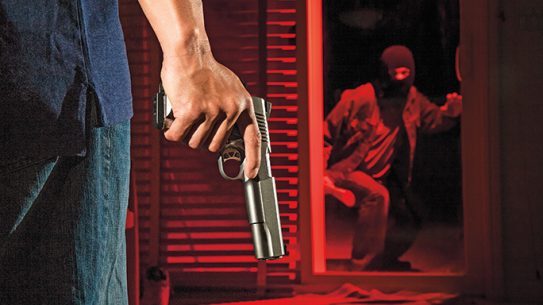 7 Real-Life Cases of LEOs Being Attacked at Home

Seven real cases highlight why you always need to be vigilant!