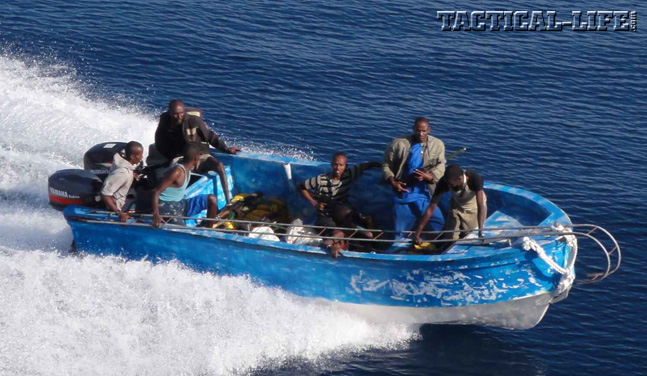 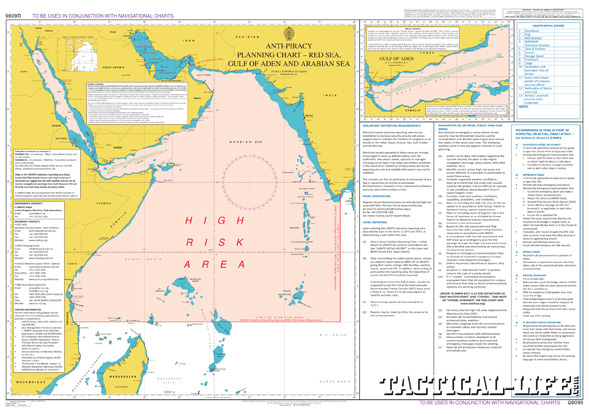 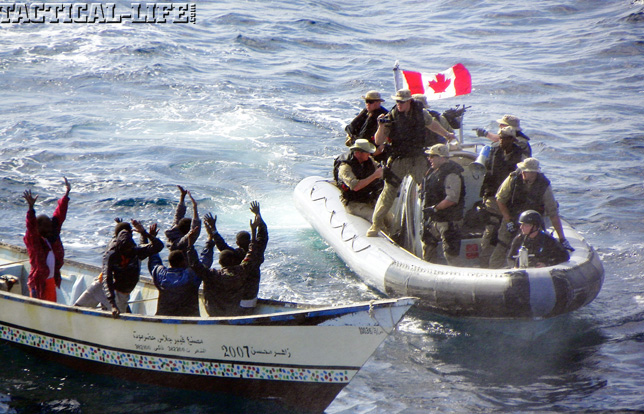 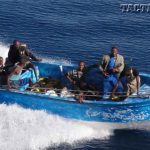 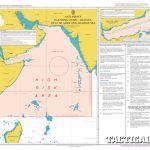 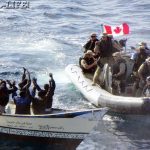 People take for granted their large LCD flat-screen TV and their latest cell phone and household electronic. Well, all of it comes at a price. Those items made in Asia come by sea. Part of the price you are paying is for the shipping, and that shipping cost is elevated due to piracy on the high seas.
Piracy is alive and well (and making a nice profit) in today’s world economic uncertainty, so much so that it’s attracted international investment from people who are looking for a quick profit, which takes it into the millions-of-dollars realm. No longer is it a poor Somali or Yemeni fishermen seeking compensation from the large factory fishing ships that have fished-out their local waters and dumped waste in the local fishermen’s traditional fishing grounds, destroying them. Today, it’s all about the money. Lots of money. Conservatively estimated, increased shipping expenses cost up to $6.6 to $6.9 billion a year in global trade.

Realities Of Modern-Day Piracy
For those of you who are already thinking of Johnny Depp (Captain Jack Sparrow) and the Pirates of the Caribbean franchise—stop drinking the Kool-Aid. Piracy today is as real as it’s ever been. They operate from mother ships called dhows, and launch smaller, faster and more agile boats called skiffs. Each skiff contains 5 to 9 heavily armed pirates with former Russian AK-47 assault rifles, PKM machine guns and rocket-propelled grenades (RPG). Some mother ships are armed with Russian DShKM .50-caliber heavy machine guns, a weapon more than capable of tearing apart a ship’s bridge. These dhows operate at sea for three to four weeks at a time, launching attacks further out into the High Risk Area (HRA), a designated area in the Indian Ocean that covers a distance of 900 nautical miles. As of the July 15, 2013, the current number of crew/vessels held by Somali pirates is 68 hostages and four vessels.
It’s estimated (conservatively) that up to 68 crew members from ships are currently being held hostage by various pirate groups. These hostages are divided into smaller groups based on nationality and then ransomed back to their home nation. Their vessel is either ransomed back to its owner, or its cargo is sold on the black market. The minimum length of interment for a hijacked vessel is seven months; during this time, the crews are treated as hostages and subjected to violence and ill treatment.

Conducting pirate operations from the Somali coastline, the Hawiye’s strategies and operations differ from their northern counterparts whose tactics include larger-scale operations with twice as many skiffs and larger mother ships. These pirates are considered heroes to their relevant communities as they share and spend the wealth gained through their piracy, thereby forging strong loyalty from local populations.

Anti-piracy security forces known as MarSec (maritime security) are maintained by private military security companies. These companies employ security professionals, normally former military and police, and are the shepherds of all vessels passing through the HRA, an area of the Indian Ocean bounded by Suez and the Strait of Hormuz, and encompassing the Gulf of Aden, Somali Basin, Arabian Sea and the Gulf of Oman.

Counter-Piracy Operations
The Combined Maritime Forces (CMF) are drawn from 26 nations and are organized into task forces. Combined Task Force 150 (CTF-150) serves as the maritime security and counter-terrorism force around the Horn of Africa, with 14-15 vessels working under the multinational coalition of CMF, which is based out of Bahrain. Their area of operation is the North Arabian Sea, to support operations in the Indian Ocean. CTF-150 is a multinational coalition of naval forces drawn from various countries, including Canada, Denmark, France, Germany, Japan, the United Kingdom, and the United States. Other member countries include Australia, Italy, Netherlands, New Zealand, Portugal, Singapore, Spain, Thailand, Pakistan and Turkey. The Russians, Ukrainians and occasionally the Iranian navy step in to conduct their own MarSec operations. There is also Combined Task Force 151 (CTF-151) that conducts counter-piracy operations in the Gulf of Aden and off the eastern coast of Somalia, covering an area of approximately 1.1 million square miles.

PMSCs
Private maritime security companies (PMSCs) are required to conduct their MarSec operations in accordance with international maritime law, Best Management Practices 4 (BMP4), the Montreux Document, the International Code of Conduct for Private Security Service Providers (ICoC), the recommendations of the International Maritime Organisation (IMO) and last but not least, the national laws of the countries in the region. These cover subject matter such as the rules for the use of force (up to and including deadly force with a firearm), laws of armed conflict, respect for human rights and the selection, vetting and training of private maritime security personnel.

Some of you readers are thinking high-paid mercenaries, just like Africa, Iraq and Afghanistan. Well, sorry to burst your ideological bubble, but this is not a high-paid, get-rich-quick job, living in luxury cabins and staying in high-class hotels. It’s three to four months of being away from family (and then maybe four weeks off), living in a world that is in a constant state of motion morning, noon and night, while on a vessel that rolls side to side in sea swells, listing anywhere between 10 to 20 degrees. So the day-to-day jobs and chores you take for granted become twice as difficult as normal, and then add the heat as well. The average temperature is a warm 114-degrees Fahrenheit. Or in layman’s term—hot! Any Navy or seafarer type who reads this and have operated out there will understand.

As for the modern comforts people take for granted, such as the internet with Skype and Facebook, you are very lucky if you get very limited internet access. As for phone calls, a satellite phone-call rate is approximately $5 a minute. That is up there with those telephone chat lines you see advertised late night on television or any of the major Canadian cell phone companies who charge their subscribers exorbitant rates.

If anything breaks down, we can’t just sail into the nearest port due to the international and national laws regarding firearms on a vessel. We have to have everything brought out to us a resupply vessel. So when your vessel’s fresh-water maker breaks down, the everyday things such as morning ablutions are restricted. In order to conserve water over a period of weeks, “Navy showers” are restricted to between 0730-0800 and washing clothes to between 1800-1900.
Some of you may be asking yourself, “what’s a Navy shower?” Well, it’s like this:

1. Step into the shower, turn on the lukewarm-to-cold water and wet your body, head to feet. Once the body is wet, turn off water.
2. Take shower gel and lather your body parts, top to bottom. (No pun intended there!)
3. Turn on the water and rinse off. Once that is done, dry yourself with a towel.

That is a Navy shower in 3 quick steps! Or, failing that, go for a late afternoon swim off the end of the vessel in tiger shark- and barracuda-infested waters. (I do this on the occasional afternoon, and it definitely gets the adrenaline pumping.) Bear in mind that there have been former military combat veterans (now MarSec operators) with multiple tours of Afghanistan under their belts who think it’s dangerous and would rather do another tour than go for an afternoon swim.

As for yours truly, I’m currently on some much needed R&R back in Windsor, taking a break from the heat and from instructing on weapons training, rules for the use of force with firearms and the laws of armed conflict to MarSec operators for a maritime company based in the United Arab Emirates. Why am I there? A good question. I sometimes ask myself that same question. Any teacher that wants to moan and complain about their working conditions are more than welcome to try mine for their next summer holidays. 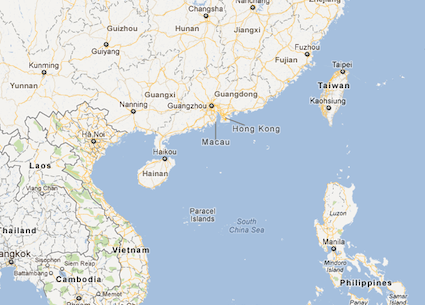 In Davao City, Philippines 338 Glock handguns were distributed at the Police Regional Office...