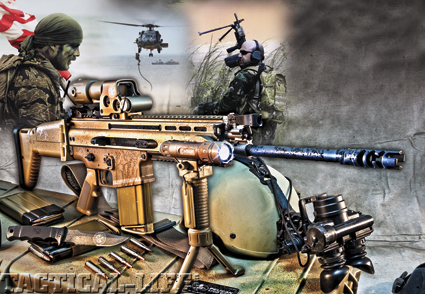 The concept that warfare tactics, methods and weapons change over time is a given. We see it today in the ways that America’s armed forces fight terrorists abroad. Looking back to 1962, when America’s presence in Vietnam was mostly at the advisory level, President Kennedy recognized the changing face of warfare and gave the thumbs up for the services to create their own special operation detachments. The Navy responded by commissioning two Sea Air Land Teams (SEALs). This year marks the SEALs’ 50th anniversary.

WWII-Korean War Roots
The SEALs take their roots from the Navy frogmen of World War II, marking the beginning of the modern-day Naval Commandos. Navy frogmen were trained in Ft. Pierce, Florida, in the early 1940s. Decades later, Congress designated this location as the official National Navy UDT-SEAL Museum. 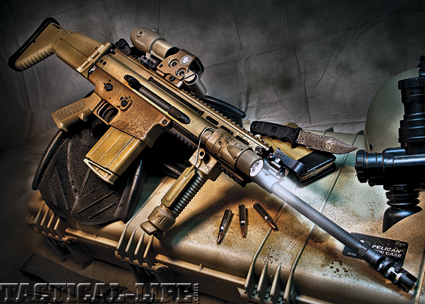 SOPMOD accessories allow operators to modify the 7.62mm FN SCAR 17 for a successful mission in any environment. This TWG edition is officially SEAL sanctioned.

Because WWII had many different types of combat, the U.S. armed forces had to adapt. The U.S. Navy recognized the need for the covert reconnaissance of landing beaches and coastal defenses and commissioned “Scouts and Raiders,” an amphibious infiltration group, in October 1942. This group saw combat in November 1942 on the North African coast during Operation Torch, the first Allied landings in Europe. Scouts and Raiders also supported landings in Sicily, Salerno, Anzio, Normandy and southern France. Navy combat swimmers led the way, reconnoitering and clearing beaches full of obstacles, making it possible for Allied beach landings that proved critical to winning the war. 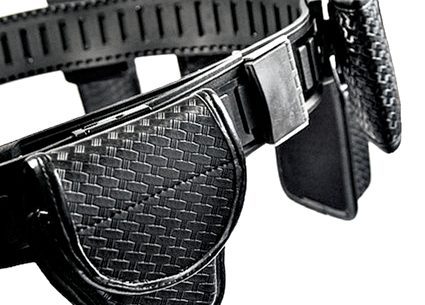 New guns and gear that caught our eye