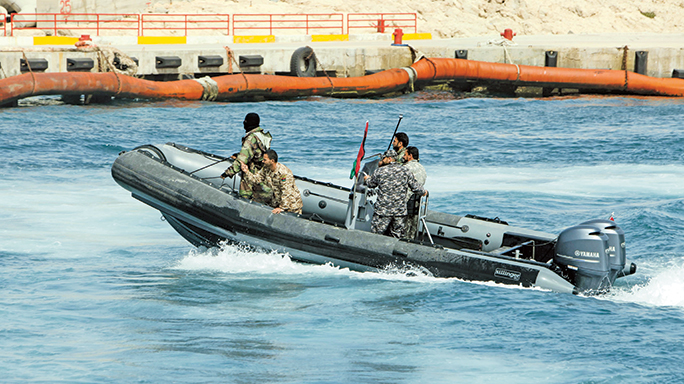 Soon after the <em>Morning Glory</em> was recovered by the SEALs, it was returned to Libyan authorities. The members of the Libyan Coast Guard awaited the tanker’s arrival.
Comment(s) 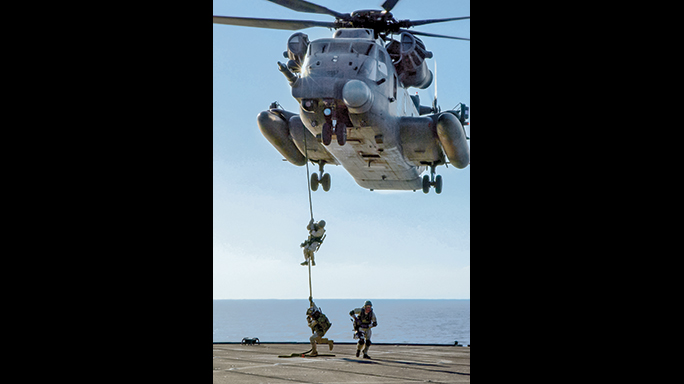 1 of 4
Navy SEALs Rescue Morning Glory Oil Tanker
The rescue of <em>Morning Glory</em> involved SEALs like these, fast-roping from an MH-53 helicopter. 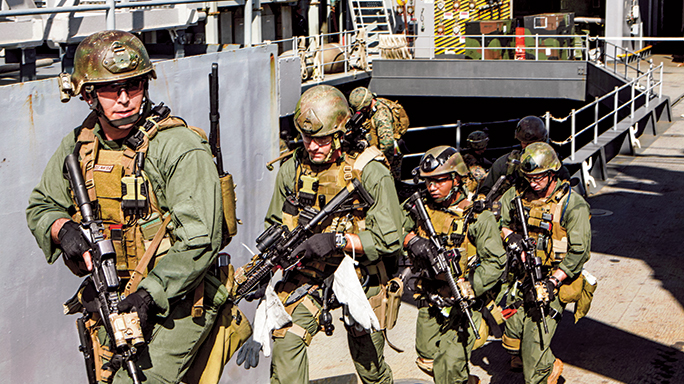 3 of 4
Navy SEALs Rescue Morning Glory Oil Tanker
Soon after the <em>Morning Glory</em> was recovered by the SEALs, it was returned to Libyan authorities. The members of the Libyan Coast Guard awaited the tanker’s arrival. 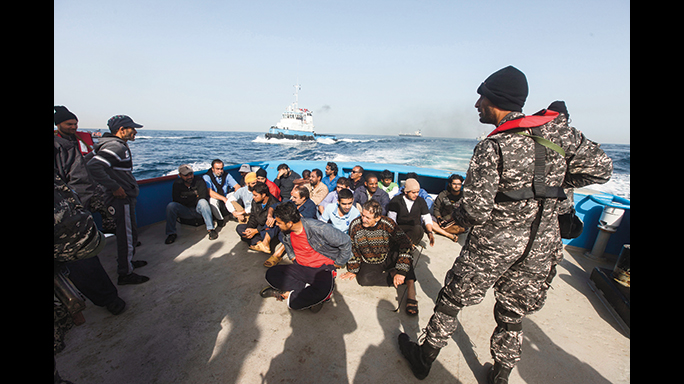 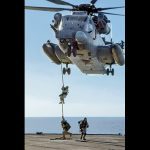 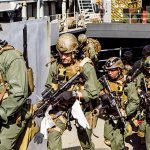 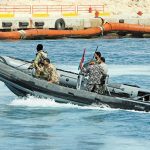 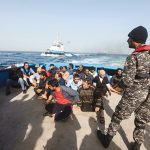 When Libyan rebels commandeered the oil tanker MV Morning Glory and managed to evade efforts by the Libyan government to keep it from leaving the port city of Es Sider — rebels had apparently forced the crew to fill its tanks with 234,000 barrels of crude oil owned by the government — Libyan authorities asked for United States help in regaining control of the ship and its precious cargo.

The Navy SEALs swung into action, catching up with the Morning Glory near the island of Cyprus in the Mediterranean Sea.

Operating off the destroyer USS Roosevelt and rapidly approaching the ship in helicopters and 24-foot rigid hull inflatable boats (RHIBs), the SEALs used what was described on the website AmericanSpecialOps.com as a “textbook fast-rope/hook and climb VBSS” (Visit, Board, Search, and Seizure) to rapidly take command of the ship.

Fast-roping refers to the technique of rapidly descending from a helicopter to a target location via specially designed ropes that enable the soldier to slide down rapidly while still being stable enough to prevent the rope from swaying excessively due to wind or the air from the helicopter’s rotors. This is the technique that the SEALs boarding the Morning Glory from the helicopters would have used. Those in the RHIBs would have used the hook and climb, which, as the term suggests, involves hooking the targeted boat and then climbing aboard.

The three rebels on Morning Glory surrendered without a shot, and soon the ship was steaming back to the Libyan port of Zawiya. The action was widely viewed as evidence of the American wish to support the shaky new central government struggling to survive since the overthrow of Muammar Gaddafi in 2011.

Location: In the Mediterranean, just southeast of the island of Cyprus

Guns For a Cause Giving Away Custom Larry Vickers Pistol

Guns For a Cause has teamed up with Wilson Combat to give away Larry...