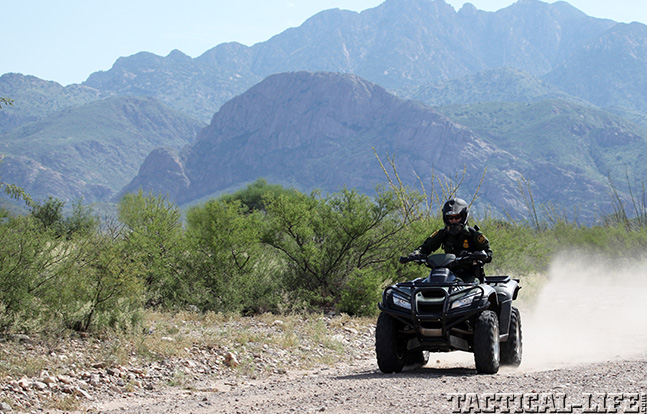 1 of 5
ATVs mountains lead
Off Road, On Target: ATVs in the Field 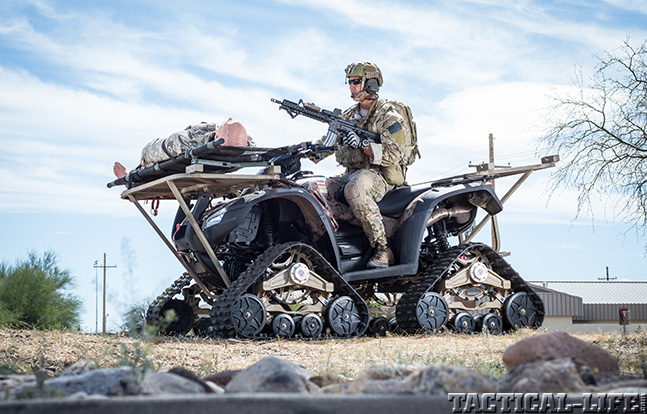 2 of 5
ATVs armed wounded
Off Road, On Target: ATVs in the Field 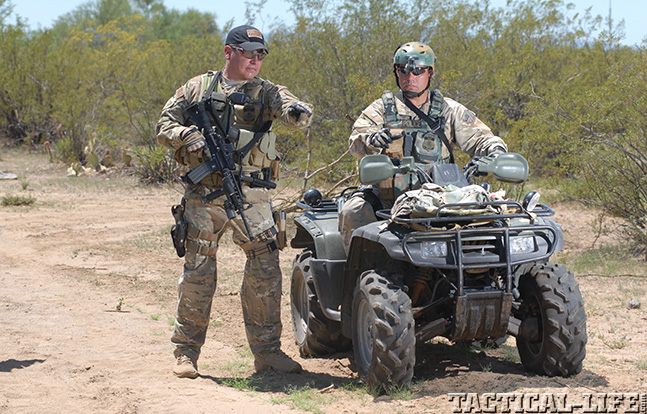 3 of 5
ATVs field
Off Road, On Target: ATVs in the Field 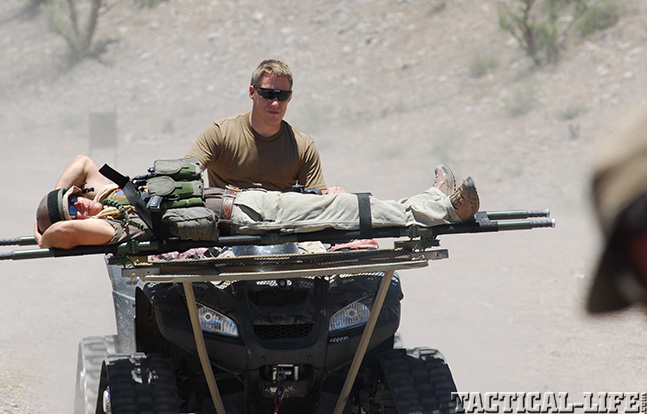 4 of 5
ATVs wounded
Off Road, On Target: ATVs in the Field 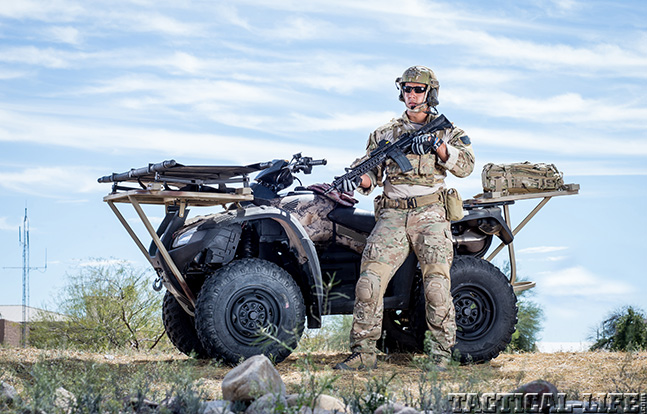 5 of 5
ATVs pjs honda
Off Road, On Target: ATVs in the Field 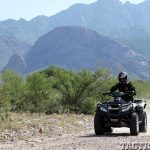 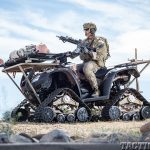 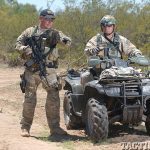 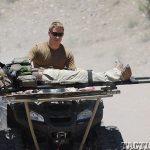 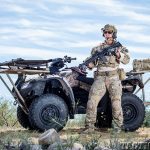 During the Global War on Terror, a large number of all-terrain vehicles (ATVs) have been used to transport U.S. and NATO military personnel and equipment over difficult terrain. This includes carrying a belt-fed machine gun, an MK47 grenade launcher, extra ammunition, water, fuel and other supplies in combat. Lightweight tactical ATVs have also served as a basic form of transportation on military bases. There are several types of lightweight ATVs, including side-by-sides, which feature two seats side by side, and “2 Ups.”

Civilian law enforcement agencies also use side-by-side and “2 Up” ATVs to patrol urban areas, parks, wilderness terrain and remote border regions of the country. Even though law enforcement officers usually do not carry large amounts of extra equipment on their all-terrain vehicles, they do reduce their response times and extend their ability to patrol larger areas in locations that are not easily accessed by traditional police vehicles. ATVs are also less expensive to purchase than fully equipped 4×4 SUVs or pickup trucks.

ATVs known as “2 Ups” are designed to operate with a 4×4 drive train and motorcycle-style handlebars, and they offer single-operator seating or front-to-back seating positions for a total of two riders. The cargo deck on a “2 Up” ATV can be used to carry equipment or a stretcher.

The side-by-side ATV is more car-like in appearance and operation because these vehicles have side-by-side seating in a cabin that utilizes a steering wheel, seat belts, optional doors, a full roll bar, a mounted spare tire and a pickup-truck-like cargo bed in the rear. Side-by-side 6×6 utility models are also available. In addition to providing vehicles for military and law enforcement applications, various manufacturers also produce recreational and commercial model side-by-side ATVs that are powered by gasoline, diesel fuel and electric engines.

While many people prefer operating a side-by-side that drives like any small car, truck or SUV, “2 Up” ATVs have a driving position that is more like a motorcycle. From a safety perspective, some operators prefer the security of riding in a lightweight ATV that has side-by-side, motor-vehicle-like seating, seat belts, the protection of a roll bar and a more car-like feel to the overall driving experience. However, when it comes to carrying passengers, a side-by-side can carry from two to six passengers depending on the make and model. When it comes to carrying extra cargo, both side-by-sides and “2 Up” ATVs can also be fitted with trailers.

While writing a series of law enforcement agency and military unit profile articles for Tactical Weapons, photographer Alex Landeen and I had the opportunity to observe a number of law enforcement officers operating different types of lightweight ATVs while training and working along the Mexican Border. For example, the National Park Service (NPS) Rangers who patrol the border near the Coronado National Memorial operate two 2-seat and two 4-seat side-by-side Polaris Ranger ATVs. The NPS decided to purchase Polaris Ranger ATVs because they have a number of trails that need to be patrolled that are too narrow for a typical 4×4 patrol vehicle to access.

In addition to using their Polaris side-by-sides to patrol federal property along the Mexican Border, the park rangers also modified one of their Polaris Ranger ATVs to carry a stretcher so they can transport an injured or sick person from a remote location of the federal park to an area where an ambulance is able to operate. As far as reliability is concerned, the NPS reports that in the last five years only one of their side-by-side Polaris Ranger ATVs required a single repair.

When we covered the Department of Homeland Security unit known as the Shadow Wolves (see TW November 2013), which tracks smugglers and illegal aliens through the Arizona desert, this elite group of federal law enforcement officers was operating a “2 Up” ATV in some of the most rugged terrain imaginable. During our visit to Forward Operating Base Camp Grip, the U.S. Border Patrol agents assigned to this remote outpost were also operating a “2 Up” ATV. In fact, the Border Patrol is one of the largest law enforcement agencies to use ATVs for rough-terrain patrol duties.

Of all the armed professionals that we have covered to date, the U.S. Air Force Pararescuemen, or PJs, are some of the most experienced military special operations end-users of heavily equipped “2 Up” ATVs. While law enforcement officers might carry a first-aid kit, a patrol rifle or a small pack when they operate their ATVs, U.S. Air Force PJs generally operate more heavily equipped ATVs to conduct high-risk rescue operations, especially in combat zones. As a result, PJs have a genuine need to operate a fully equipped and very reliable ATV when they travel in remote locations and hostile environments. In addition to using traditional ATVs, Air Force PJs also operate one of the most unique ATVs in current operation, a Honda Rincon FX 680 with a Mattracks track system.

“In fact, the Border Patrol is one of the largest law enforcement agencies to use ATVs for rough terrain patrol duties.”

Polaris secured the contract to provide U.S. Special Forces with the two-seat MRZR2 side-by-side, the four-seat MRZ4 side-by-side and the MV850 “2 Up” ATV. These all-terrain vehicles are built to the same basic specifications as recreational and utility models but include additional features and capabilities that are required by Special Forces units. The two-seat Kawasaki Tyrex 750 was also selected to serve with U.S. Special Operations Command (USSOCOM) personnel. The tactical ATVs that are currently in service with USSOCOM/Special Forces units are compact enough to be internally transportable inside certain fixed- and rotary-wing aircraft and enable Special Forces personnel to operate with a motorized capability in high-threat locations, including on rugged terrain.

Ever since the terrorist attacks on 9/11, military and law enforcement personnel have operated an impressive number of all-terrain vehicles in harm’s way. Clearly, the motto of anyone who operates an ATV in a high-threat area, over difficult terrain or in adverse weather conditions, is that it always better to ride than walk. This is especially the case when you travel in a combat zone or you patrol a high-threat area. 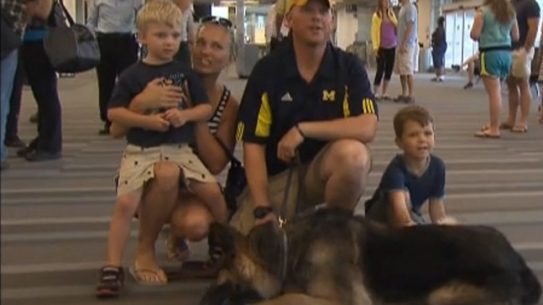 German Shepherd that saved soldier's life in Afghanistan can now call that solider his...