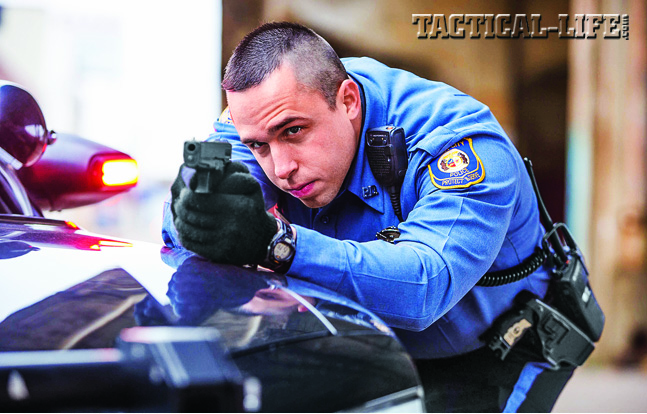 1 of 5
Critical Incident Responses 1
When you arrive at an officer-involved shooting and conditions permit, cover the suspects until sufficent backup arrives. Don’t take unnecessary risks—time is on your side. 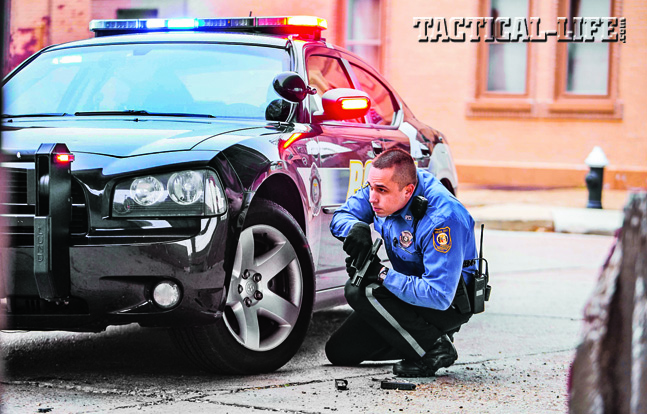 2 of 5
Critical Incident Responses 2
Gunfights are extremely stressful. It’s important to remember that police officers can be victims, too. 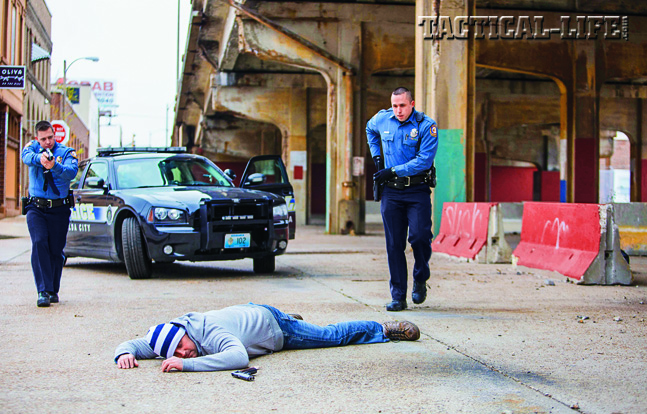 3 of 5
Critical Incident Responses 3
In this situation, the suspect is down and the firearm is still within reach. You must approach and stabilize the scene. Use extreme caution, even if you have backup. 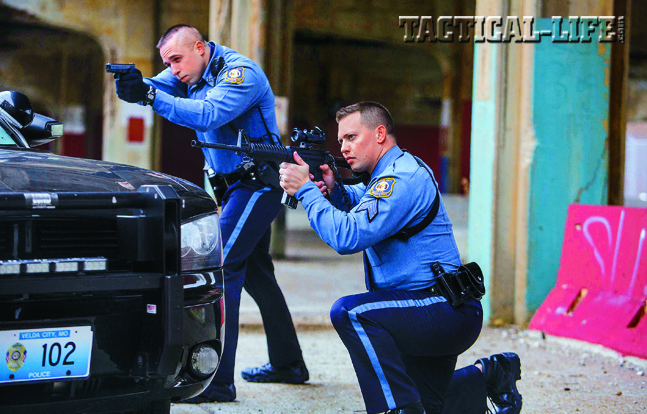 4 of 5
Critical Incident Responses 4
Partners in law enforcement are life-saving resources in more ways than one—before, after and during a shootout. Immediately after an officer-involved shooting, the LEO should not be left alone. 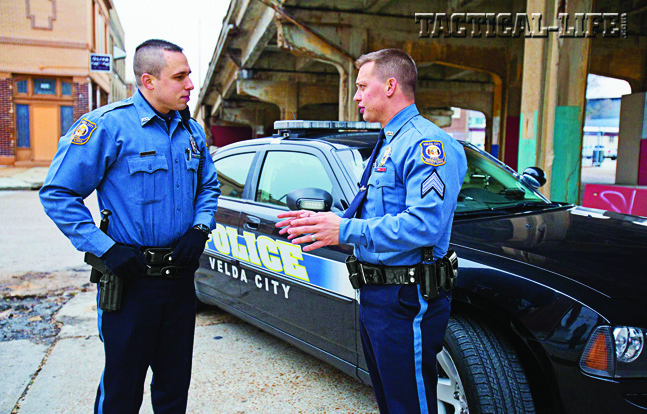 5 of 5
Critical Incident Responses 5
If you are assigned a buddy, they are there for you. While you probably shouldn’t talk about specifics of the shooting, express what you are going through—it’ll help your state of mind. 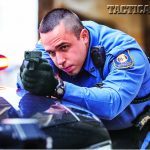 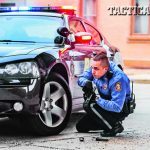 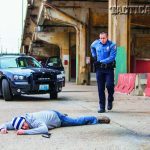 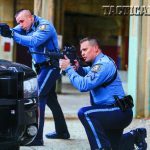 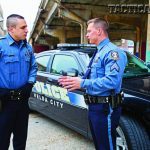 It’s 0100 on a Sunday morning. You are the sergeant in charge in a small sheriff’s office when one of your folks calls in a suspected DUI driver. He states that there are several people in the car. As you head his way you hear the officer radioing for help, yelling, “Shots fired!” You instruct dispatch to call out the cavalry, as the nearest backup is 30 minutes away. You proceed to the officer with your emergency equipment engaged and utilizing due regard.

You arrive on scene to find your officer kneeling behind his car, with his shotgun lying to the side and his pistol slide locked back with two magazines on the ground. He is yelling at three suspects at the rear of their car to “Drop it!’’ It is apparent that two have been hit by gunfire and are not moving. The third has a pistol that is in battery, however. When you tell him to drop it, he does so and goes prone on the ground, as ordered. You give your officer your firearm and go back to your car to grab your long gun and chamber a live round. You go to the officer’s driver’s side door and cover the suspects. You notify dispatch that you have multiple injured suspects and need medical aid.

Another officer arrives, and then you approach the live suspect and handcuff him. He is wounded in the arm and abdomen. The firearm is safe on the ground with the officer standing guard. You check the other two suspects for signs of life, and there is none at that time. EMTs determine what you already knew, so you leave them where they are. The EMTs start working on the suspect that is still breathing—they believe he will make it.

On the advice of a local sheriff, you take the officer away from the scene and have the officer who knew him stay with him. You ask him for his firearm, which is empty, and you advise him to call his wife and his union representative or attorney to be with him for support.

Why would someone that had 20 years of experience in Internal Affairs tell him to contact an attorney? Well, things have changed in the past 10 or so years. Some prosecutors want a statement from the officer immediately. But we don’t do that anymore. The officer should have a minimum of 24 to 48 hours of rest and a chance to speak with a psychologist before being interviewed. If an officer is interviewed immediately after the incident, his or her mind will likely be in total disarray.

Additionally, the officer is a victim. We all need to understand that the officer is not the perpetrator or a hero—he is a victim. Why would I say “victim”? In my career, I was present during four police-involved shootings. Two suspects were shot and injured, and one died. It made a hell of an impression on me. It also had an impression on the officers who pulled the trigger. I saw changes in all of them. One officer was so bitter he ended up getting a divorce. Had the department and fellow officers noticed his change in demeanor, he might have gotten help.

I had the occasion to speak with a lot of cops over the years that went through these types of situations. The one that sticks out in my mind involved a close friend of mine who had to kill someone over 20 years ago. He said he never recovered. He wished his department had offered counseling to him then. But at the time, that was unheard of.

Now what do you do? The sheriff is out of town and you are the only ranking officer in the county. The only other officer is the shooter. The department has no detectives due to budgetary problems. Wake up and smell the coffee! You need to be prepared. According to the 2007 Local Police Departments report from the Bureau of Justice Statistics, 50 percent or all local police departments employ fewer than 10 full-time officers. The IACP defines a “smaller agency” as those agencies serving a population up to 50,000. According to the same BJS report, 94.4 percent of local police departments meet the IACP’s smaller agency definition. In short, the aforementioned scenario or something similar to it takes place across this country daily. There are many smaller departments, and each must have plans in place to assist in these types of situations. Don’t kid yourself—it is not a matter of if one of our guys will have to use deadly force, it is when. As long as there are police, there will be police shootings.

Ideally, you should have a team set aside for shootings. This is a group of investigators that specializes in police shootings, and they should be well trained for these situations because they are entirely different than run-of-the-mill homicides. Why can’t we handle this as we would any other homicide? This is not the average bar shooting. We have a stake in this one—one of our own is involved.

Investigators who have had experience in homicide must be there to work the case. Do not put an untrained officer on one of these assignments. Training specific in officer-involved shootings is a must. There are areas in which the case can be convoluted with the rights of the officer if an investigator is not trained properly.

A crime scene investigator will be assigned. In a case such as this, where you have multiple perpetrators and rounds exchanged, it will be difficult for the investigator to examine the crime scene, so have a contingency plan to back him up.

An Internal Affairs investigator who has been trained in internal investigations—specifically police shootings—should also be present. You can have 15 IA guys, but if they don’t know the ropes in one of these situations, there will be problems. One of the biggest problems arises when an agency calls the state police in to handle the investigation. There are chiefs out there who believe that this also counts as being internal, but it is not. You must have an IA investigator determine if any of the department’s policies and procedures have been broken. If so, what action should be taken? It also reveals potential liability for the department. You can prepare for it and take steps to recover it immediately before the suit by showing good faith.

Finally, the most important part is the officer’s physical and emotional state of mind. We have gone over a few things at the scene, but there are many other issues that are important for his or her recovery. If you are going to do a walkthrough after the incident, take the officer from the scene. He or she should be driven with whomever you have assigned to be with the officer for the next few days or weeks. The officer should have someone with them unless they are with family. This was a short overview of what you should do immediately. Just remember, as long as there are police, there will be police shootings. 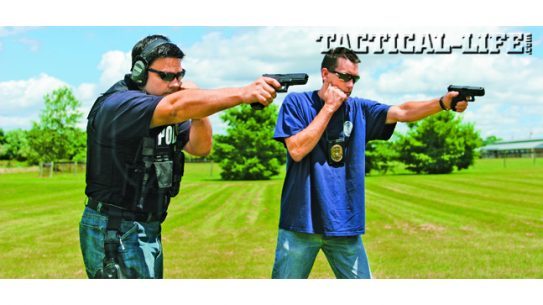 One-handed shooting tactics to tip the odds in your favor if you can’t establish...