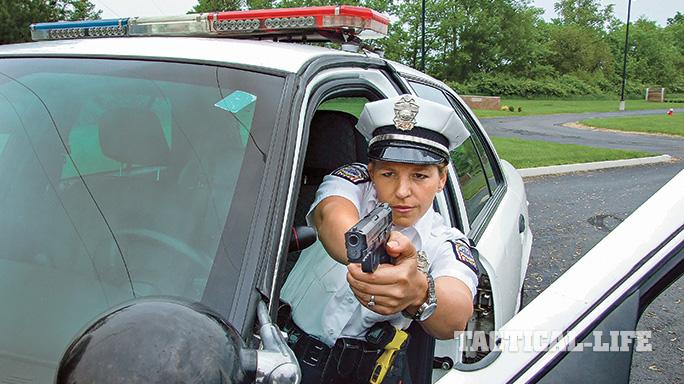 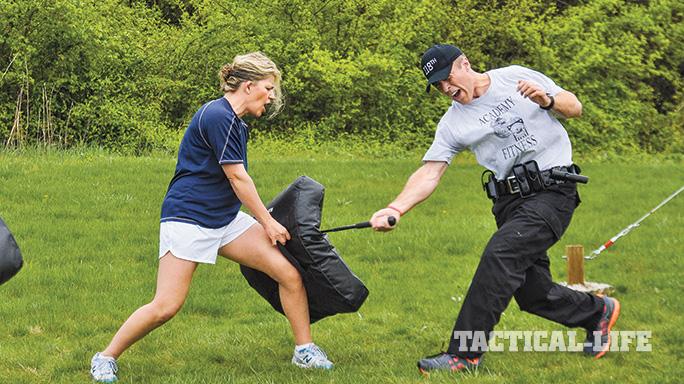 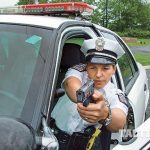 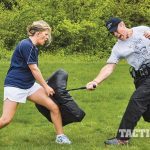 Likely the only one of the 185 Columbus, Ohio, police officers to have been raised on a dairy farm, Officer Traci Shaw, a recruit training officer at the academy, is one of several officers assigned the full-time responsibility of training new police recruits.

A 14-year police veteran, Officer Shaw was motivated to become a police officer after witnessing the aftermath of a car chase where two Columbus police officers tackled and arrested the suspect at her feet. Right there she made the decision that policing was the career for her.

After setting the all-time record for pull-ups for a female in the academy, Officer Shaw began her full-time policing duties in Precinct Four, which borders Ohio State University, in 2000. She served there for 11 years, gaining a wide range of experience, including helping to quell post OSU football game riots.

While in Precinct Four, Officer Shaw and her partner received a special commendation from the chief of police for apprehending two suspects who had robbed and shot a citizen. Three hours after the attack occurred, they conducted a pat-down search of two suspicious persons and found a .45-caliber pistol concealed in a shoulder holster. Bullets recovered from the victim (who survived) were a perfect match for test rounds fired from the pistol. The suspect was later convicted of attempted murder.

Officer Shaw transferred to the training division in 2011. As a certified fitness, defensive tactics and patrol instructor, she has helped train some 350 new recruits for her agency, plus approximately 100 cadets from my police academy. Contact with Officer Shaw doesn’t end for recruits once they graduate the academy. She is also involved in the in-service defensive tactics training program as well.

While there are no other cops in Officer Shaw’s family, her family tree includes military heroes stretching back to the American Revolution. The most important hero in life was her brother Nathan Anderson, a Marine corporal killed in the Battle of Fallujah, Iraq, in 2004. It was his death that prompted her to become a member of the Columbus Police Honor Guard.

Officer Shaw still works uniformed details and patrol, armed with her department-issued Smith & Wesson M&P40 pistol and Remington 870 pump shotgun. She has some advice for new recruits hitting the streets: Know department policy and rules like the back of your hand, never lie, know the law, stay fit and never give up training. You never know if today will be “the day.” 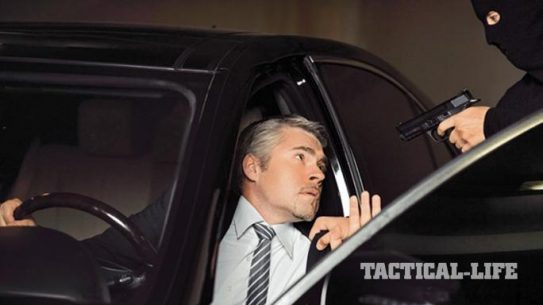 Here's a few on-the-go self-defense safeguards to preventing, deter and overcome an attack on...