by
in Military & Police, Training
0

A country born of conflict, Israel has been in an almost constant state of war either with its neighbors or with homegrown terrorists since well before it became an independent nation in 1948. Today, in most discussions about counterterrorism, suicide bombers, car bombers and active shooters, eventually somebody mentions Israel. It’s a small country of limited means, surrounded by enemies and dealing with a section of its own population determined to erase it from the earth. Consequently, Israel has had to develop fighting tactics and techniques that work in that environment. At times, these methods have been questioned by some of us here in the West.

When the opportunity to spend time on the range with Albert Timen presented itself, I jumped at the chance to get a better understanding. Mr. Timen is a former member of the Israeli Special Operations Counter Terrorist Unit, Israeli National Police Academy SWAT instructor, and currently founder and Chief instructor in Israeli Combat Point Shooting (ICPS) via his KAPAP Academy (kapapacademy.com). KAPAP is a Hebrew acronym for Krav Panim El Panim (Face to Face Combat). KAPAP Academy also uses the term Israeli Face-to-Face Combat (IFFC) in America. Albert’s background is rooted in the formation of Israel—both parents are holocaust survivors. 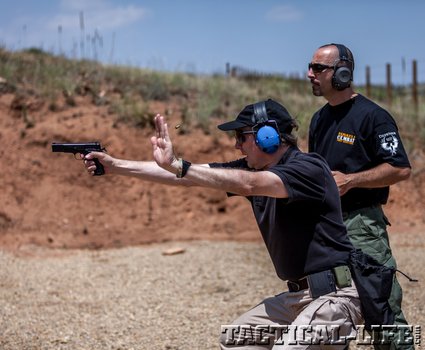 Point shooting has its roots in the street work and officer training conducted by British police officers W.E. Fairbairn and E.A. Sykes while officers of the Shanghai, China police force between World Wars I and II. In a 12-year period, the department accounted for 260 street thugs killed and 193 wounded—and that is just the shootings with pistols! 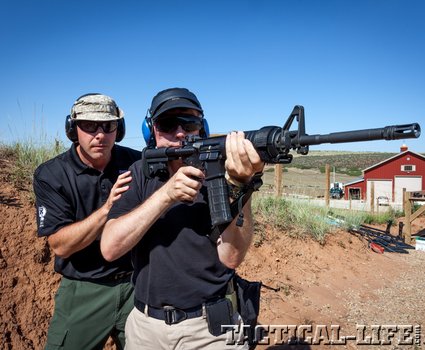