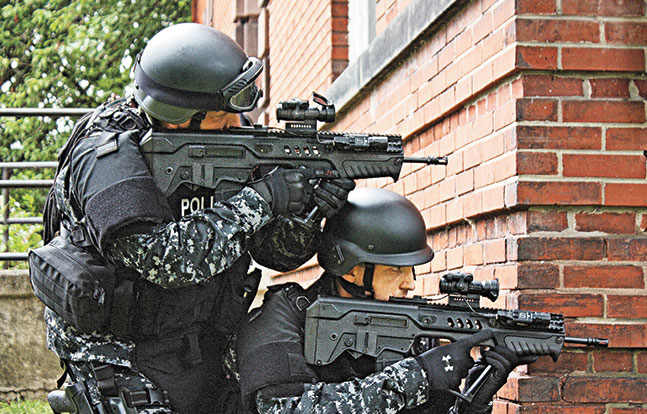 When you hear “Capitol Police,” you might immediately think of the Washington, D.C., Capitol Police. As Pennsylvania State Capitol Police Superintendent Joe Jacob explained, “Most states either have a capitol police department or are covered by a division of the state police assigned to the capitol.”

Harrisburg, Pa., has one of the larger capitol police departments in the country, established in 1895 under Governor Daniel Hartman Hastings, the Commonwealth’s 21st governor. In fact, the Pennsylvania State Capitol Police are also the second-oldest state police organization in the United States.

“The agency grew over time, but probably took its largest growth spurt after 9/11,” said Jacob, who joined the Pennsylvania Capitol Police in 2012 after serving 39 years as an officer and later as the chief of police in Wright Township, Luzerne County, just outside of Scranton, Pennsylvania. “The agency had up to 175 to 200 officers, and it was extremely large. With attrition, and as technology has changed over the years since 9/11, we now maintain officers at all [state] building entrances and have standing equipment with metal detectors, as well as officers to operate that equipment. The total number of officers [required] is less now, and we have a lot more technology deployed on the whole campus.”

In 2015, the Pennsylvania State Capitol Police will celebrate its 120th year since being established, and over those years their responsibilities have grown and they have faced and met many challenges. “The Capitol Police are a fairly elite organization, and we have really stepped up to offer a lot of newer services in the last year or two, such as active-shooter training, and fielding our own Special Response Team, or SRT,” Jacob added.

Today it is comprised of approximately 100 uniformed police officers and a staff of security officers and civilian employees. These services are accomplished by foot patrols, a bike patrol team, a new fleet of police vehicles for mobile patrols, K9 explosives teams, a patrol/narcotics K9 team, investigations and training divisions, and the SRT for incidents requiring a tactical response. The Capitol Police also maintains a sophisticated mobile command center outfitted with state-of-the-art technology for critical incident responses. The majority of the force is comprised of unformed officers, although the Capitol Police also have plainclothes officers deployed and an investigative service to handle criminal investigations or special assignments where a uniformed officer presence is not required.

The recently implemented SRT is a designated LE team whose members are recruited, selected, trained, equipped and dedicated to increasing the likelihood of safely resolving critical incidents. They respond to any threat to public safety that would otherwise exceed the capabilities of traditional law enforcement first responders and/or investigative units. The SRT is currently authorized to carry the latest 5.56mm NATO Tavor SAR tactical rifle and the .45 ACP Sig Sauer P220 as a sidearm.

The Pennsylvania State Capitol Police just recently adopted the Tavor SAR as its standard-issue rifle for carry in patrol cars and for members of the SRT. “We were getting ready to purchase some new rifles,” explained Jacob, “and one of our firearms instructors, Officer Rebecca McCoy, was at a three-day firearms course where one of the new weapons being demonstrated was the Tavor. While there she had the opportunity to take a one-day armorer course on the Tavor and came back very impressed with the design and suggested we take a further look at them. Being that IWI’s U.S. headquarters is located right here in Harrisburg, I met with Michael Kassnar, vice president of sales, and IWI General Manager Craig Lucas. I went to the firing range with three of our instructors, and we put between 400 and 500 rounds through each weapon, and we were very impressed with them! We got our SRT people involved, and they liked the Tavor’s bullpup design and the fact that you didn’t give up any barrel length and have the ability to hold the gun on target while reloading. There were just a lot of features on the Tavor that we all liked. After further review, we decided to go with it.”

Currently the Capitol Police has 30 Tavor rifles—one mounted in every patrol car, one for each SRT team member, and there are additional rifles kept in the Capitol armory.

The Pennsylvania State Capitol Police also worked with IWI on developing a mounting system for patrol cars. “Looking at how the Tavor is used in Israel versus its use with law enforcement in the U.S., there had not been a lot of thought about how the weapon could be carried and stored inside a police vehicle,” explained Jacob. “The rack that was developed worked out very well, and we have now equipped all of our cars with it. It is a dual rack between the front seats that carries the Tavor and a 12-gauge pump shotgun.”

The relationship that has developed between IWI and the Pennsylvania State Capitol Police is a superb example of the role law enforcement continues to play in the development and use of new arms and equipment. 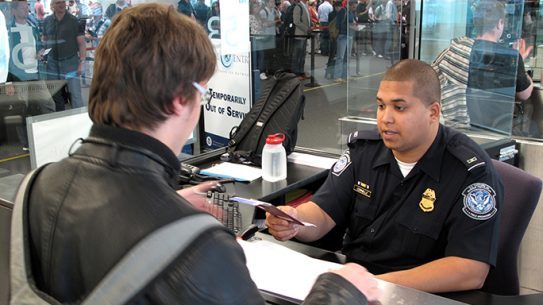