0
SHARES
0
VIEWS
Share on FacebookShare on Twitter
Philadelphia SWAT is trained to provide swift tactical reaction forces for critical incidents throughout the city.

Philadelphia is the largest city in Pennsylvania and the home of Independence Hall, the Constitution Center, the Federal Mint and the Eagles. It is where we declared our independence, our government was formed, and it’s home to important historic locations, including Benjamin Franklin’s home. Protecting this city is the fourth largest police department in the nation, the Philadelphia Police Department (PPD).

Philadelphia County extends over 140 square miles with approximately 1.5 million diverse residents living in several different neighborhoods. The city hosts an international airport, the Delaware River, four sports stadiums and the former Navy Yard, which is still home to a “rust bucket” fleet of U.S. Navy ships. Two suburban counties, Bucks and Montgomery, surround it, and across the river is Camden, New Jersey. 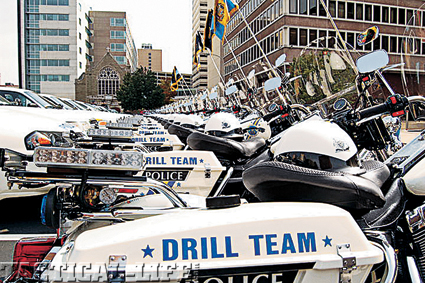 The PPD was the first formal police department to exist in the United States. Since its inception, its primary law enforcement jurisdiction includes all of Philadelphia County. To fulfill this mission, PPD currently has over 6,600 sworn officers and 800 civilian personnel, all dedicated to protecting the citizens of Philadelphia.